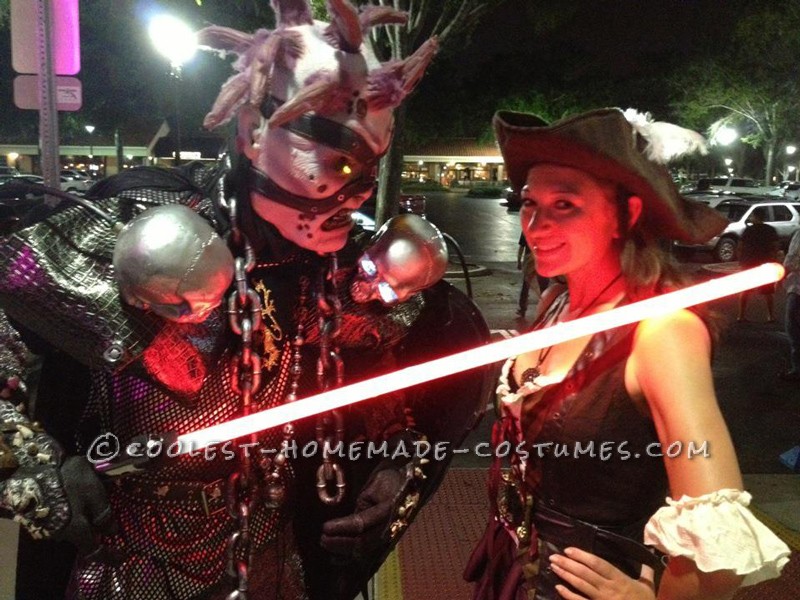 Originally my World of Warcraft character, Skovslayer is now an undead monster that creeps around Orlando to have some fun. He is an undead warrior that lights his way wherever he goes, turning the heads of onlookers.

The most challenging part of building this costume was putting in a working stereo system. It required me to mount a rather large chip set board under one of my (hockey) shoulder pads, then attach the actual speakers somewhere where they could be heard. I decided my chrome LED eye skulls were the best place, so I actually attached glasses to my speakers to give a more full sound. I also attached tweeters on the sides of each shoulder pad.

The speaker system is then hooked up to a portable mixer unit that I wear on my belt, which mixes my voice with the music. The music comes from my Droid Galaxy Nexus, and I can switch tracks by using a bluetooth Jabra BT3030 controller attached to my necklace for easy access.

My favorite reaction to this costume is when people started tipping me in New Orleans to take photos with them. I was just there for fun with friends, and people started randomly giving me money without me asking. I never considered being a street character as a career, but that night I made a decent amount of money. 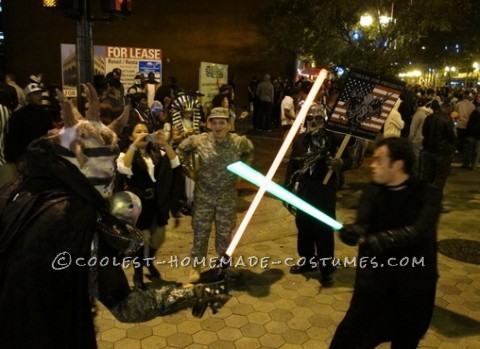 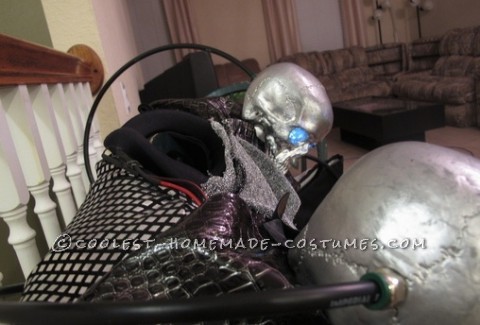 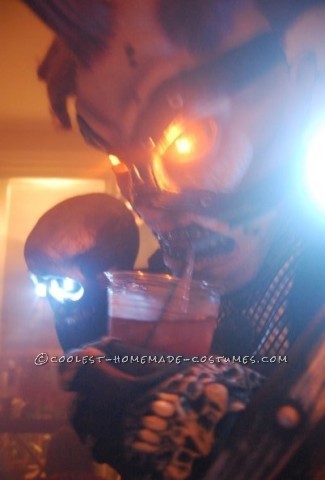 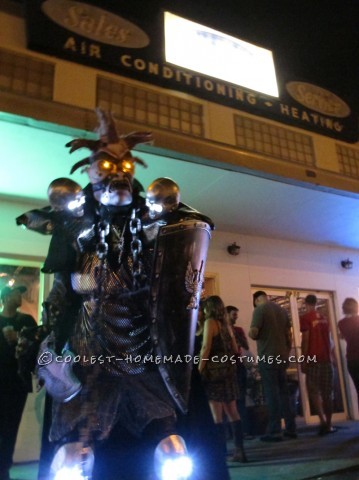 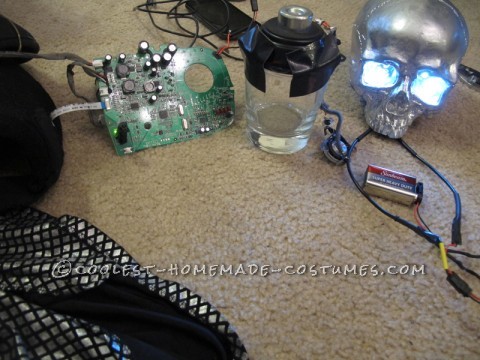 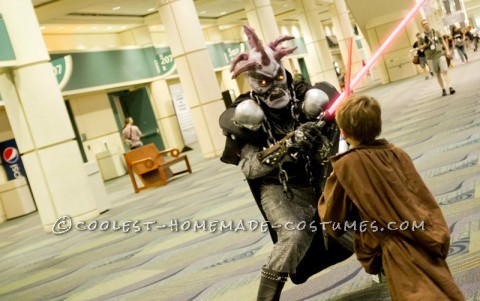 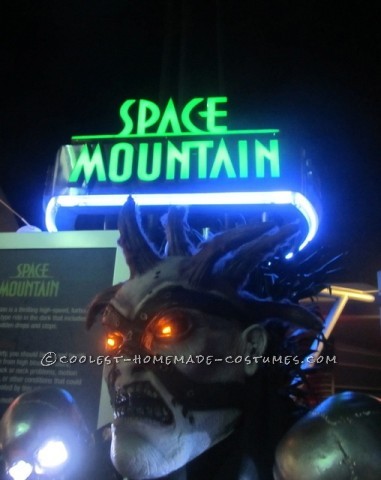 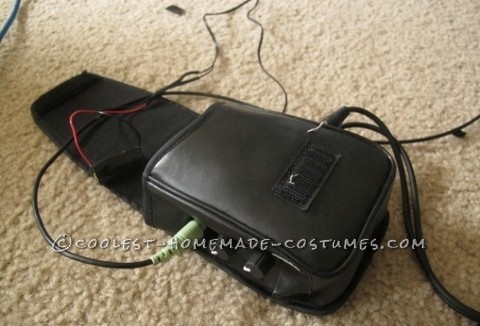