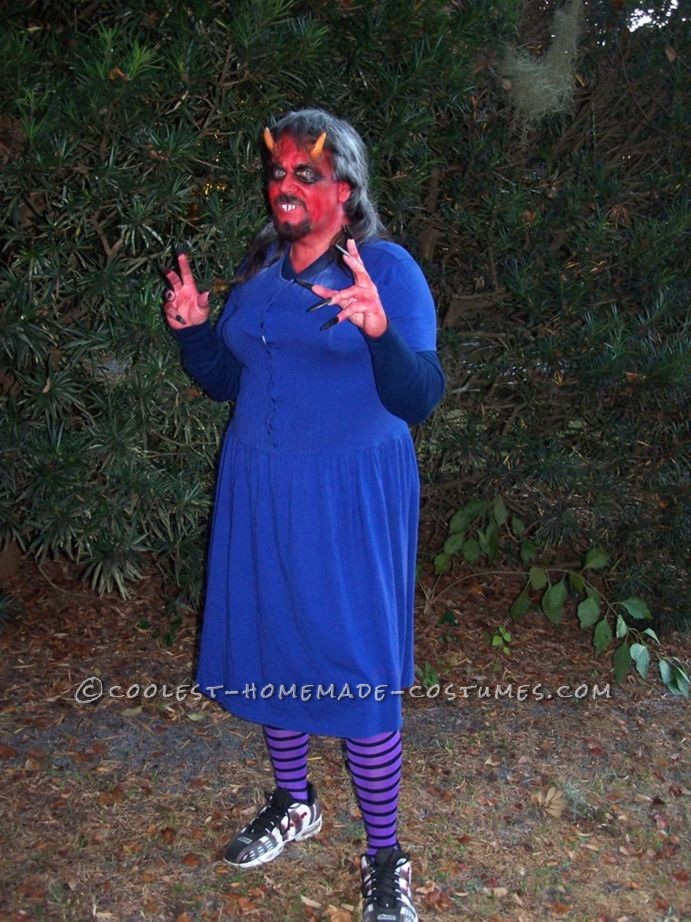 I put my three favorite things together horror, humor, and music. After going to a few thrift stores I found a blue dress to fit me. All the sexy blues dresses I tried on would not fit.

I needed a bra large enough to fit two computer amplified computer speakers under the dress which I also found at a thrift store. I found some wild socks and shoes, made a tail which I had sewn to the back of the dress. Under the dress I wore a pair Twilight Zone boxer shorts which I could flash at people while dancing around.

After doing my own make-up, adding some white color spray to my hair, some cheap fake teeth and long nails the costume was complete, I just needed to add the music. This was provided a MP3 player looping Mitch Ryder’s Devil with a Blue Dress song playing in stereo through my bra.

As I danced to the music I was the hit of the party. Below you can see a You Tube video I made wearing the costume and dancing. 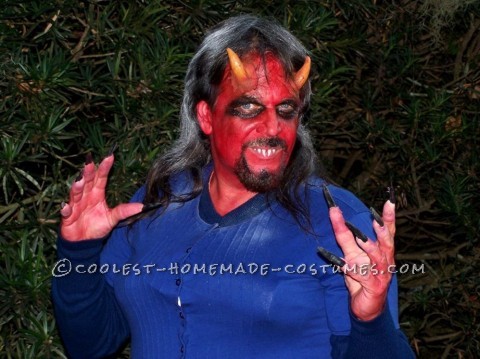 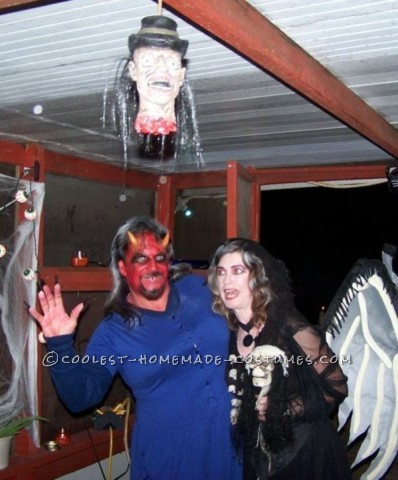 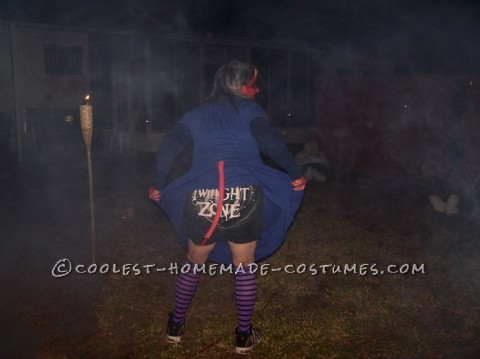