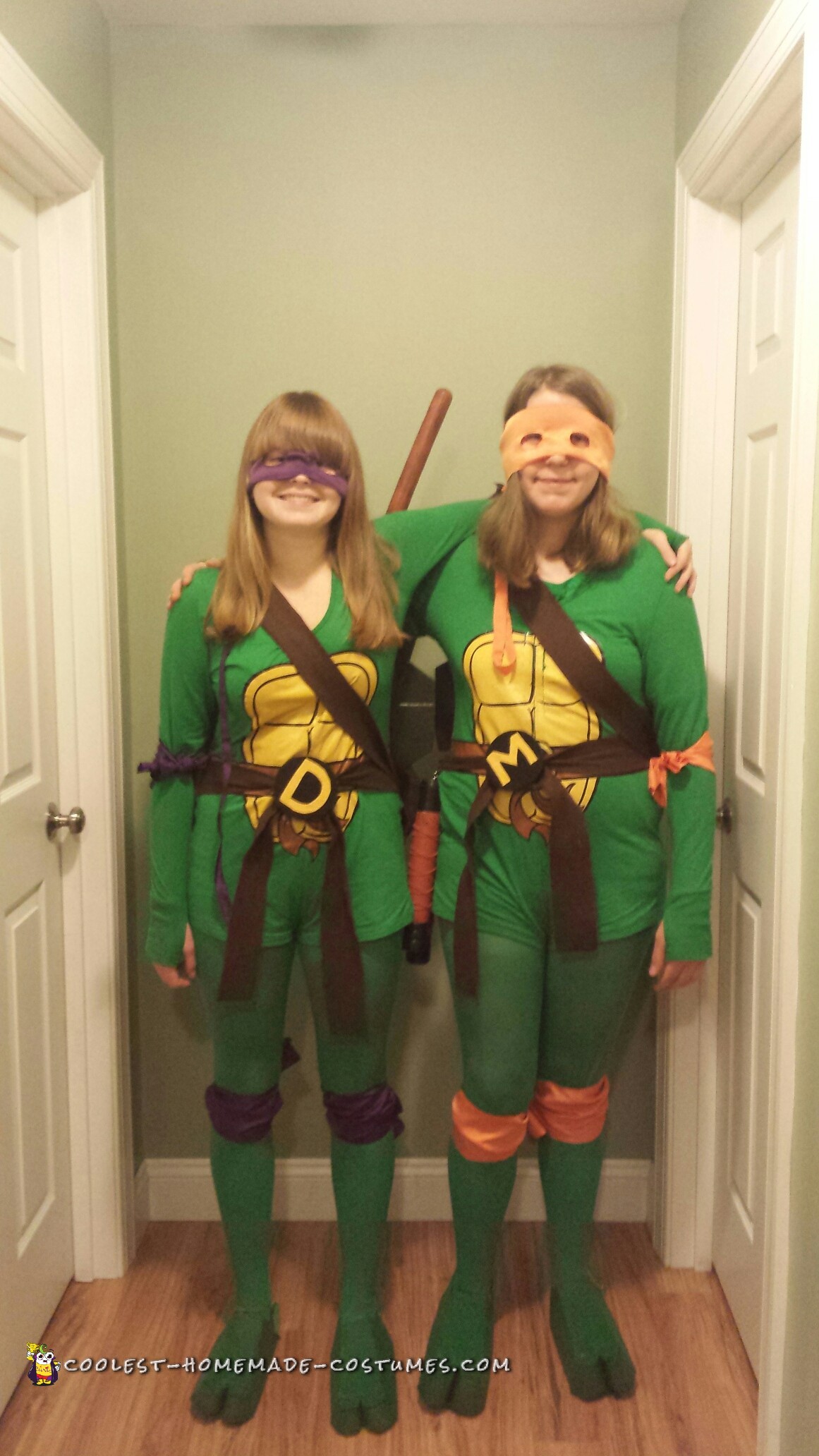 These costumes were inspired by our love of cartoons, especially the Teenage Mutant Ninja Turtles. We based these costumes off of the 1987 versions of Donatello and Michaelangelo. Upon coming up with the idea of who we wished to be, we also realized we didnt not want it to be just another generic store bought costume that barely resembles the character advertized. We wanted to be true to the character so we pieced together our own costumes.

The sashes and belts were made of brown felt and glued to the back of the shell. We also used the felt to make create the belt buckles. The feet were also composed of cardboard that was cut out in three parts per foot to create the shoe cover, then had toes added with more cardboard in order to mimic turtle feet, and spray painted to the green we wanted.

The nunchucks were also homemade. Their creation calls for foam, PVC pipes, string, a chain, and orange paint. Finally the bands and masks were simply measured and cut out of a silk like fabric we picked up. We found turtle themed rompers for our bodies and paired them with green tights to complete our costume.

Overall we had a lot of fun becoming these vigilantes in fact it’s sage to say we achieved a whole new level of turtle power! 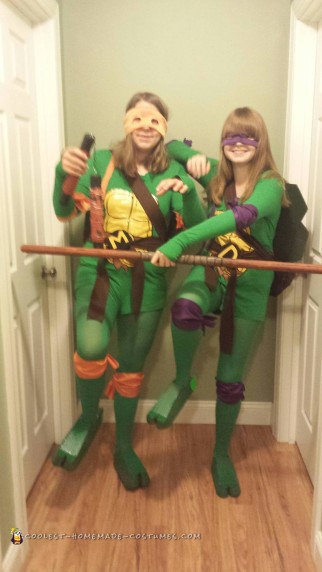 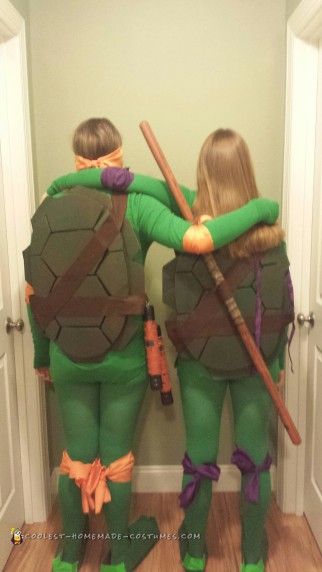