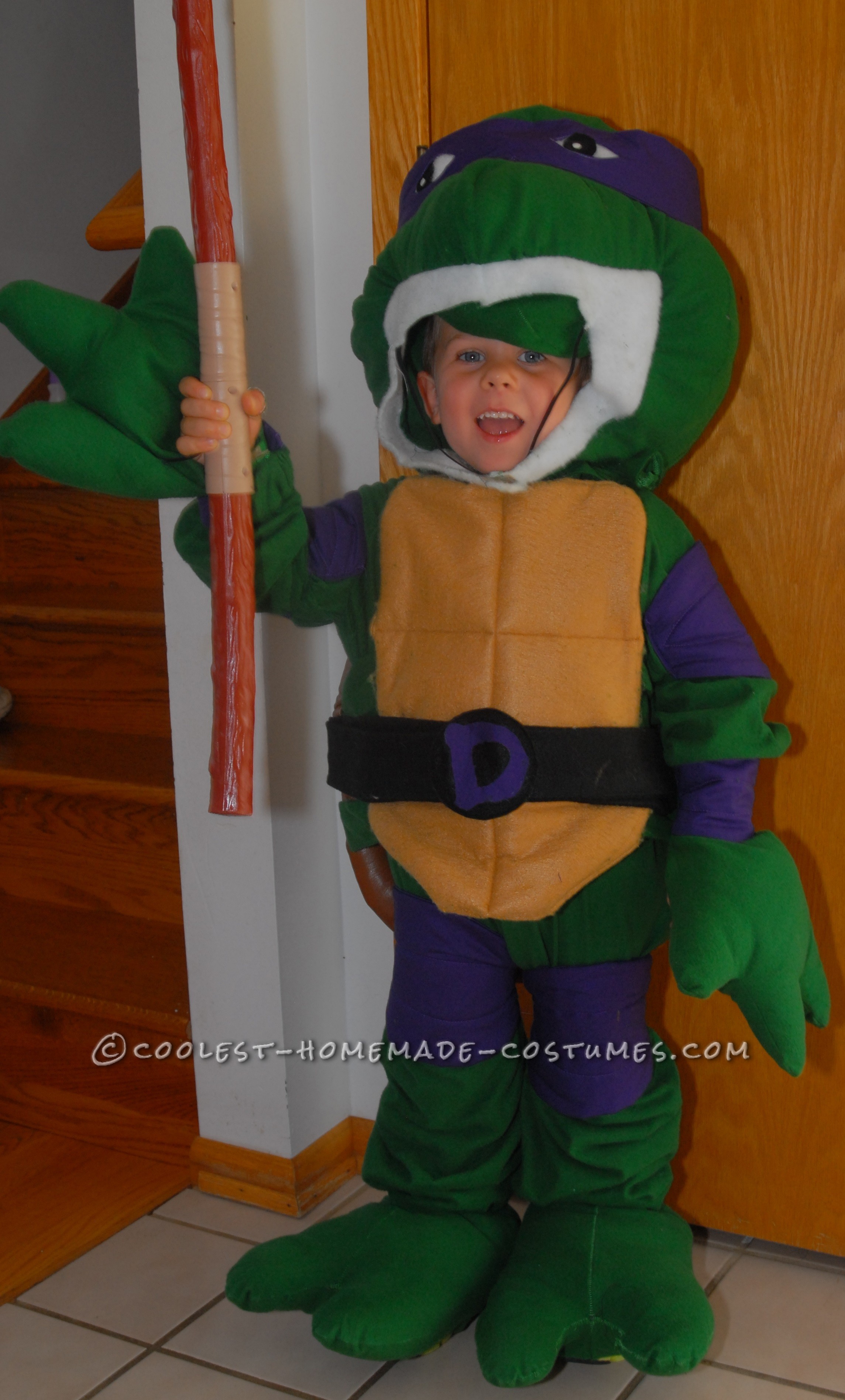 We started talking about Halloween sometime in August. When I asked my son what he wanted to be he had a million different ideas. He would change his mind on a daily basis. Finally, he settled on (and stayed with), a Teenage Mutant Ninja Turtle, Donatello to be exact! Since this would be his 4th Halloween and I had made his previous 3 costumes, I couldn’t bring myself to buy a ready made costume. So, I started searching for ideas to make his costume. I finally found the vintage licensed sewing pattern from 1990. I found it on multiple sites but since it was close to Halloween and the pattern is no longer in print, the prices were pretty high. I finally found it listed on a different website for a much more reasonable price so I ordered it. The woman that listed it contacted me and thanked me for the order, said it had just been listed the day before, and told me it would be shipped the same day. I thanked her for letting me know and told her how excited I was to find the pattern at such a reasonable price and that I was using it for my son’s Halloween costume. She said she had seen the other prices and just couldn’t see listing it that high. She said she was glad the pattern was going to a good cause.

So, the pattern arrived and my son thought that meant the costume was here. I told him that I had to make it and he said, “Let’s make it now!” As soon as I got all the material (flannel, felt, and some pleather), I started cutting it out. My son kept telling me he wanted to help. So, when I was finally ready to sew, I told him he could help me. He wanted to push the pedal on the sewing machine so I picked some pieces that needed easier straight stitching and let him push the pedal. He was so thrilled to be helping to make his costume. I would then work on it when he would go to bed each night. Each morning he would wake up and ask if the costume was finished. I made the head first so that he would have something that made him feel like a Ninja Turtle even if he only had one piece. Every night I worked on it a little more and finally finished it the day before we went Trick-or-treating. He wanted to wear it all day and would ask me constantly if it was time to go trick-or-treating. When we were out, a few people would compliment his costume. A few people even gave him extra candy because his costume was so great. Even now that Halloween is over, he still wants to dress up in his costume and wear it around the house. I was so glad he liked it so much! 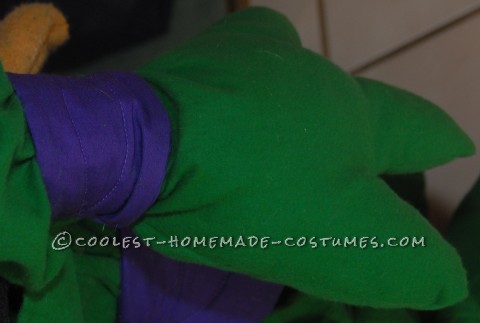 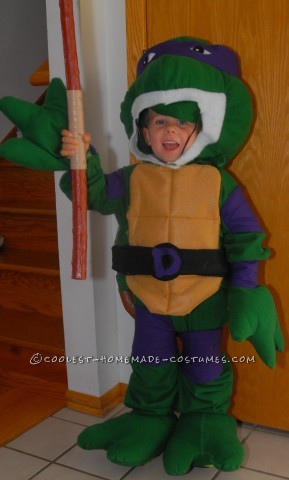 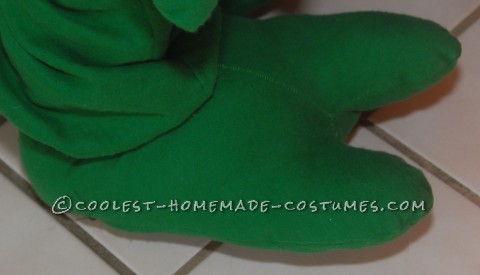 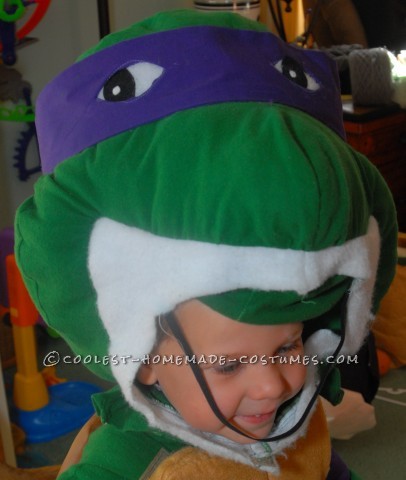 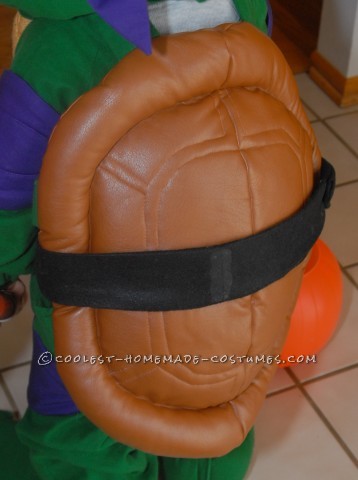