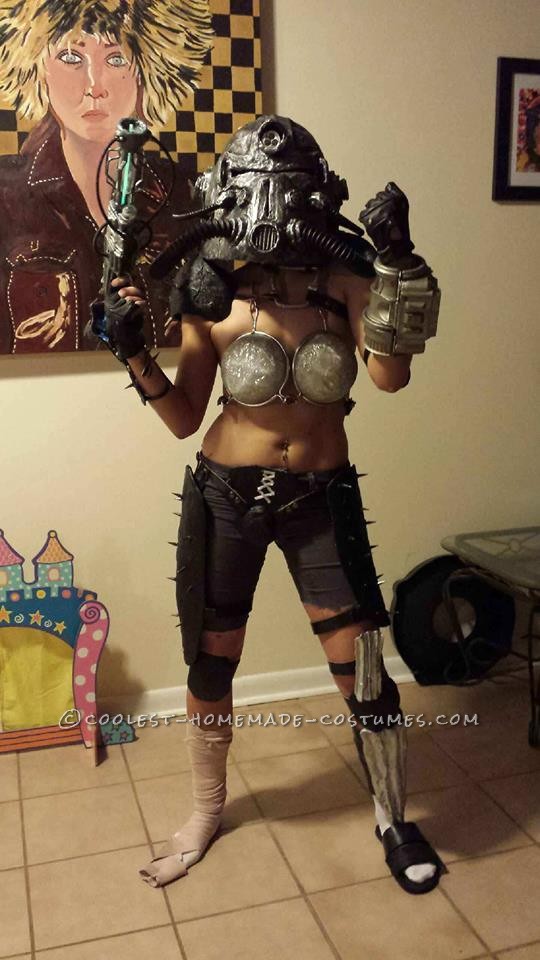 This is my tribute to the game series Fallout.  New Vegas is my favorite game ever and I have a feeling it will stay that way forever.

I started making this costume last November and I had no idea what I was in for.

I began with the T-51 Power Helmet.  I used Pepakura as the base and added fiberglass resin, bondo and paint on top of it.  I actually learned how to use bondo during this and realized that it needed to be mixed in small quantites, and that is why the helmet is so  lumpy!  = P Next time, next time.  The additional trimmings I bought off McMaster.

I used Instamorph to mold the MF Hyperbreeder Alpha (gun).  This gun took me so long to mold, but I realized how great a heat gun is for working with Instamorph.  The additional trimmings I bought off McMaster as well.  I am using glowsticks to light it up!  Also, I got a recordable push button so the gun makes the noise from the game.

I used Instamorph and leather to build the armor.  This was the most difficult part!  It is so hard to get dimensions right when you are the one dimensioning yourself!  I found a great anchor system, where I embed a piece of leather with buttons into the Instamorph to make it completely modular.

The PipBoy ( lit arm adornment)  I bought as a kit from Skruffy Studios.  It came with the cast, the wiring and little extras, which I had to paint, wire and put together.

I had so much fun making this costume, and also it drove me nuts!  I also learned an amazing amount about different tools and materials I had never worked with before, and I learned that I have to drop the idea of “perfection” every now and again” 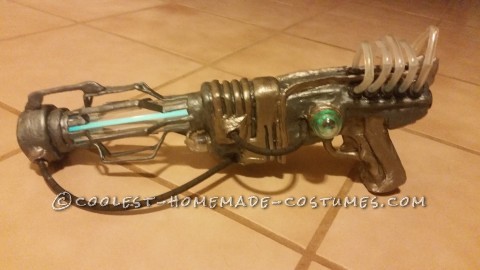 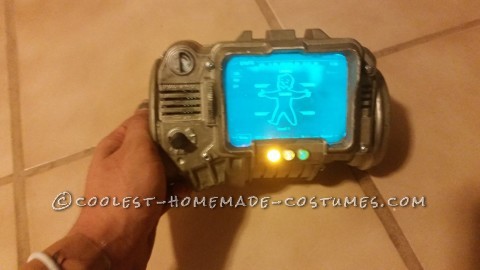 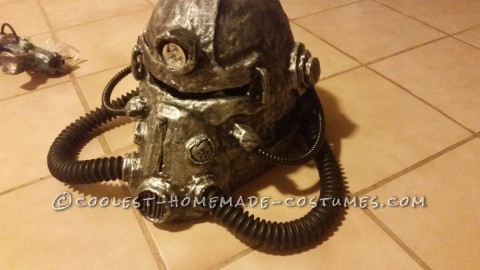 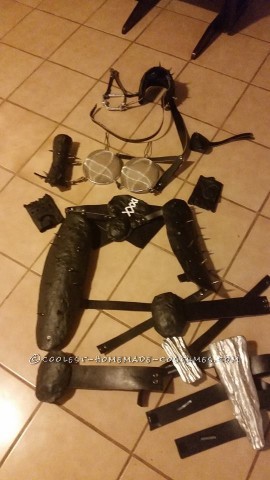