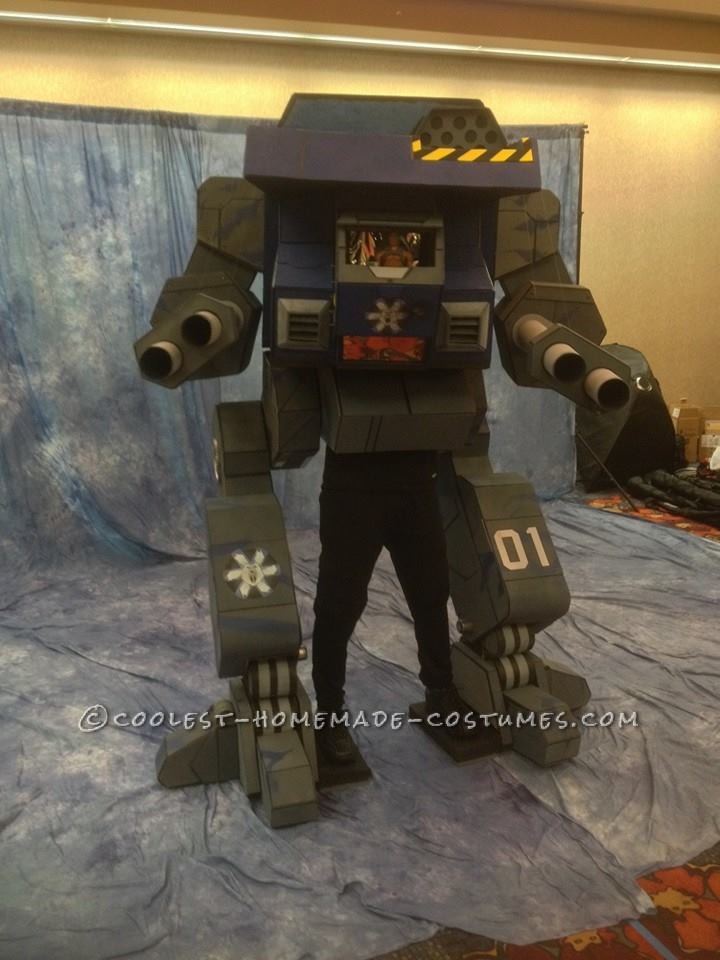 One of my favorite games is Battletech, which is a wargame played on tabletop. There is also a video game based off of the wargame called Mechwarrior. The community for these games is large and doesn’t lack in artistic ability, but had yet to produce a large, well proportioned costume. I wanted to change that. I took a piece of concept art for the “Warhawk” from the video game and set to work. I wanted to be sure that when it was done it was proportionally accurate, like it just walked out of the game and into the room.

What is it made of?

Because of the massive undertaking of this thing (called “The Beast” by my friends and family) I knew I had to use a cheap and readily available material. The entire costume is made out of cardboard, which was then covered in craft foam to hide the fact that it was cardboard and to give it deep, cartoonish panel lines. I couldn’t much cheaper than free with cardboard, and got large pieces from a local trucking company. The cardboard was covered in industrial gumtape to hide the corrugation and to strengthen it. The foam was then cut to shape, painted, and glued on. There are 6 LED lights in the costume, one in each gun barrel and one near the missile launcher, unfortunately none of which are on in the pictures.

You’ll notice how some parts look beat up or had been shot or burned. Because of the size of the costume and its construction materials I knew it would get damaged. So instead of trying to repair every little scrap or tear I just used them to my advantage. Whenever it gets damaged in real life I just beat it up even more to make it look like a cannon or laser hit it. After all its supposed to be a war machine! I also made a display stand for it for when I’m not inside of it. Its a heavy costume (40 some pounds in total) so it does spend a lot of time on the stand. It also gets very warm inside so I installed 3 computer fans to keep me at least a little cool.

Reactions to “The Beast”

The first reaction I always get is disbelief, especially if it’s on its stand. They don’t believe that a costume that large could hold itself upright, much less be an actual wearable costume. The dimensions of the costume are 7 feet tall, 5 feet wide, and 4 feet 6 inches long, so it’s a very imposing creation….. and difficult to maneuver in. Kid’s reactions are great and range everywhere from hugging it to not wanting to be within 20 feet of it.

I managed to meet the game creators behind Battletech and Mechwarrior in Indianapolis at Gen-Con. I was proud to have the people who originally created this design complementing me on bringing it into the real world. The icing on the cake was coming in first place in the science fiction category at the costume contest! Take that Iron Man! After that the local newspaper even put me on the front page with a large article about the guy that builds robots in the basement. When I set out to make this costume I only wanted to bring the game I loved to life. I never figured i’d win a medal and get an article in the paper!

I’d also like to note that one picture submitted is of the interior of the cockpit, which includes a pilot action figure and my primary means of seeing out of it. There is a two way mirror just behind the pilot’s chair that I can see out of. I have good forward vision, but can see nothing to the sides or behind me, so I have to have handlers with me to make sure I don’t mow anyone over in my blindness….you know in case they don’t see the 7 foot robot in front of them. By the way this actually happened. Someone almost walked into me because they somehow didn’t see me. 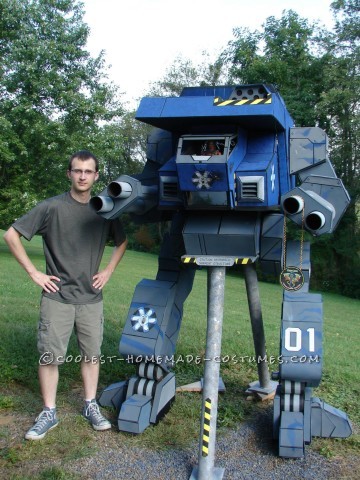 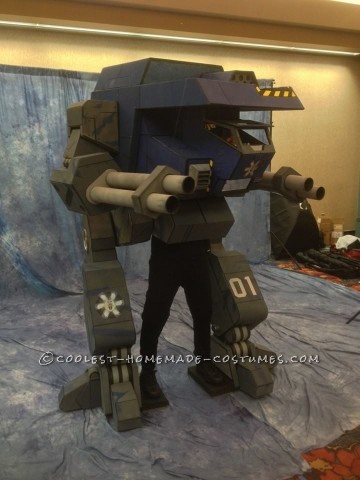 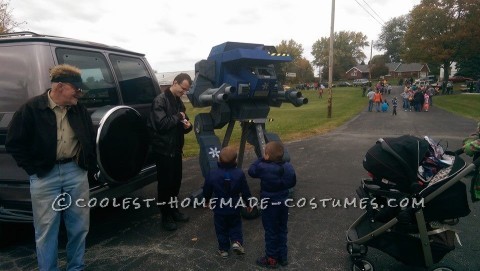 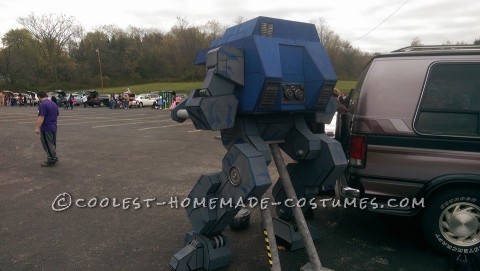 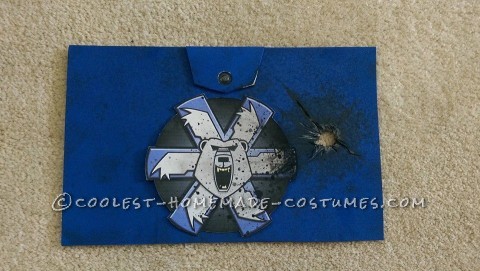 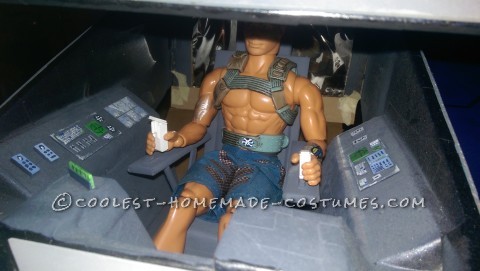 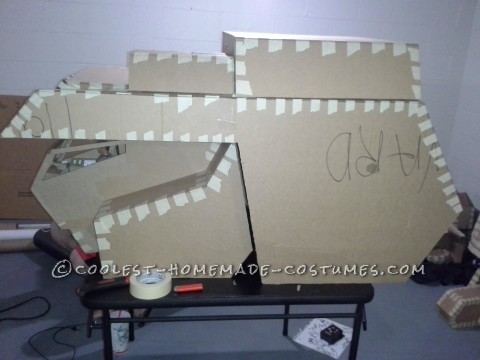