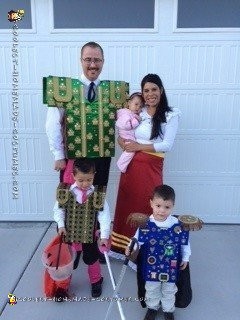 Maria: I went to Savers and found a burgundy skirt in a size 20 for 2.99. I also found the with top with the ruffles on it for $3.99. I took the skirt in and added the ribbon to it. I bought the yellow ribbon at The Cotton Shop in 2 different sizes and the black ribbon for the bottom for a total of $4. I added the flowers to the black ribbon & the white ruffle on the top. The flowers were purchased online thru Etsy. I found the white lace for the bottom at The Hobby Lobby for $3.

Chuy: I made the ears and tail out of pink felt I bought from Michaels. I added the ears to an elastic headband and did a blanket stitch around each ear. I added a pipe cleaner inside the Tail and attached it to the pink tutu. The felt was .99 at Michaels and I had the pipe cleaner at home. The tutu was a something I found at home for dressing up.

Carlos: This costume was made out of cardboard. It was cut to size and wrapped in green foil wrapping paper from The Dollar Store. I cut out all the medals from gold poster-board I bought at Michaels. I added sequence for dimension. The side were wrapped in Red wrapping paper I found at Target last year after the holiday season. Velcro was used to keep the sides attached. I found gold ribbon with green speckles in it form my left over ribbon stash that was used for the front along with sequence. The sword was made our of PVC pipe. It was wrapped in aluminum foil. The handle was made with electrical tape and foam. He wore a white shirt & a black tie that was sewn together from scraps. The pink sash & socks were made from a pink pillowcase found at the DI.

Manolo: This costume was also made from cardboard. He wore a white shirt and black slacks. The pink tie, pink sash & pink socks were all made from the pillowcase I bought at the DI for a $1 each. I used 2. The cardboard top was cut to size and wrapped in black and gold wrapping paper found at Target. I used gold poster board for the shoulders and front vest. Gold sequence was also used for the buttons on the front. I added black accents to the shoulders. The guitar was also made out of cardboard. The wrapped in brown contact paper found at The Dollar store. The cutouts added to the front were made from the gold poster-board and black card stock. He also had a sword and a red matador cape made from a red cape we made.

Joaquin: This costume was also made from cardboard. It was wrapped in blue wrapping paper found at The Dollar store. Then came the challenge of trying to decorate it. We found the medal of everlasting life online and printed it out. All the other medals were cut from gold poster board. I used accents I had around the house. Anything from brads to paper clips. Anything with color on it to make it look like a medal. I cut out circles for the shoulders out of cardboard and wrapped in a gold balloon and added the stars from a necklace I found around the house. The brown was from my ribbon stash. The black cape was made from extra black material and we used Velcro to attach it. A bullet band was made with black ribbon and brown craft paper. The craft paper was rolled and then glued onto the black ribbon. It wasn’t attached because it would take away from the costume and cover the medals. He was so little.

I hope this explains all the hard work that was put into these costumes. The whole family helped decorate and with input. It took 60+ hours, under $50 and a lot of patience from everyone. I had so much fun making them. My boys love the movie the Book of Life so it was fun for them to be a part of it. I would probably wait until they are older to make something that they can’t move in easily. They were good sports and had so much fun trick or treating in them. Can’t wait to see what they want to dress up in next year! 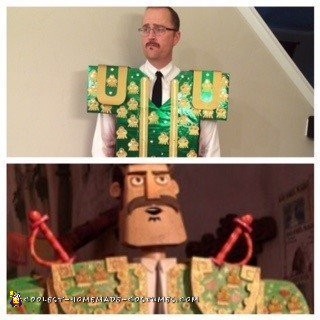 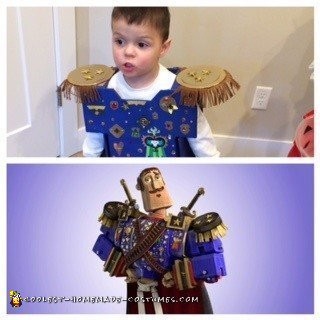 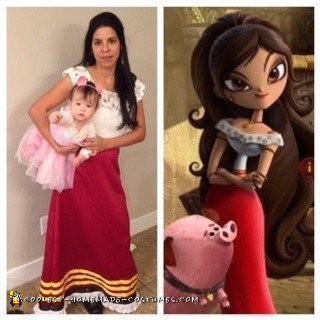 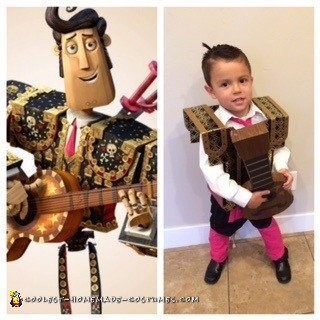 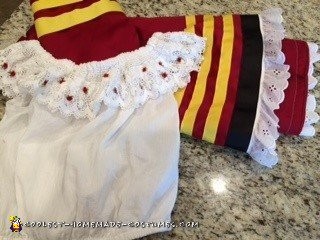 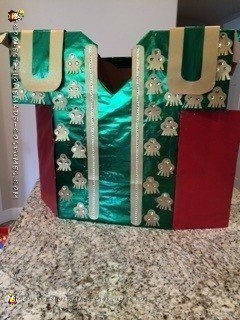 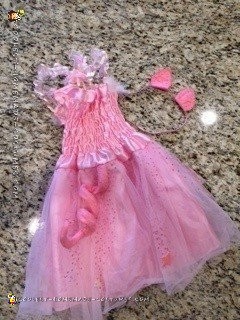 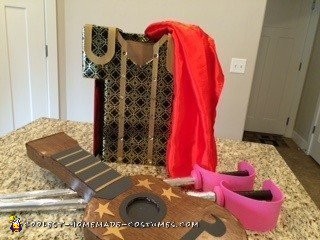 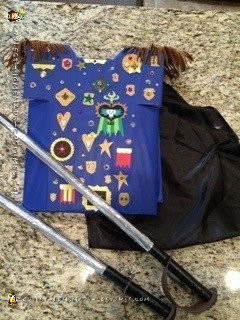