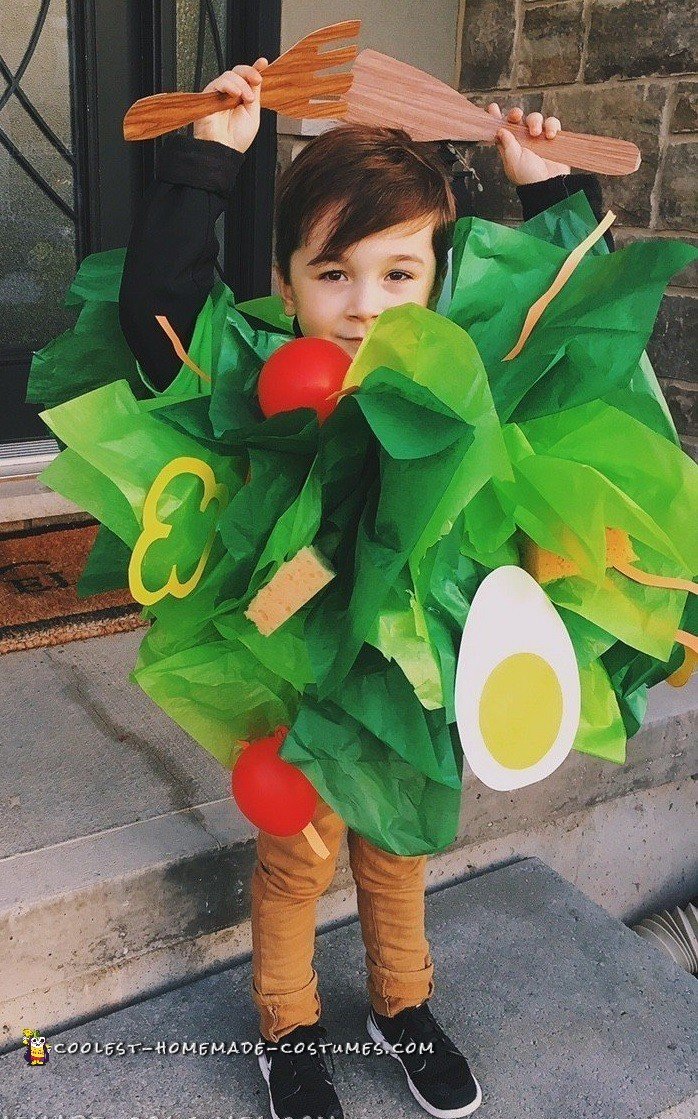 The commitment to homemade costumes runs in my family. Growing up as kids, my sister and I had the luxury of picking anything that popped up in our mind and having it magically manifest into fruition. Made by the world’s coolest dad.

The start of October came and my dad and I sat, reminiscing about how he would take vacation days from work, just to come assemble our costumes at school for our big “showtime Halloween parades”. And how embarrassed I would get that it wasn’t “store bought” and I didn’t look like all the other kids.

I realized while we reminisced, about how my dads ability to see any costume as a possibility, transpired into me truly believing I could be anything I wanted in life.

Hit with an emotional ton of bricks, I then turned to my 4 year old nephew. I asked him “Sullivan, Gramps and I are going to make you costume this year…do you know what you want to be yet?”

He paused for a moment, taking a break from watching his favorite Baseball team on TV. Then stated “a salad costume, because it’s silly and gross.”

Now, most people would hear this and probably come back with “a salad! You can’t be a salad! Why don’t you be a baseball player? Think of something else!”

But my father, with a spark in his eyes and grin on his face (who hasn’t made a costume in years) looked at me and said “well, looks like we are making salad this year”.

We spent the entire month both over the phone discussing ideas and in person, for lots of trial and error. (There are not many examples to go from, when you want to be a salad.) People would laugh when we told them. But we stood firm with late nights in the kitchen perfecting our ‘torso salad bowl’.

Throughout the weeks, I wondered how he would respond to our finished product. To be honest at 4 years old, we ran the risk of him losing all interest entirely.

The Moment of Truth

The big night came and my favorite little guy was amped and ready to go.

We put the bowl over his head and I paused for the big moment of truth. He looked up beaming and started to strut around excitedly declaring that “anyone who wanted to have some delicious salad, would need to follow him trick-or-treating!”.

His costume brought tears of laughter to the eyes of anyone who opened their door and the response on social media has been astonishing. I think we are all thinking the same thing, here’s this little being, teaching us all that being unique and true to who you are is all that this is about.

It feels like an entire community is standing behind our “salad kid” and I know one day when he’s my age, will reminisce about being the bold salad that reminded him anything is possible.