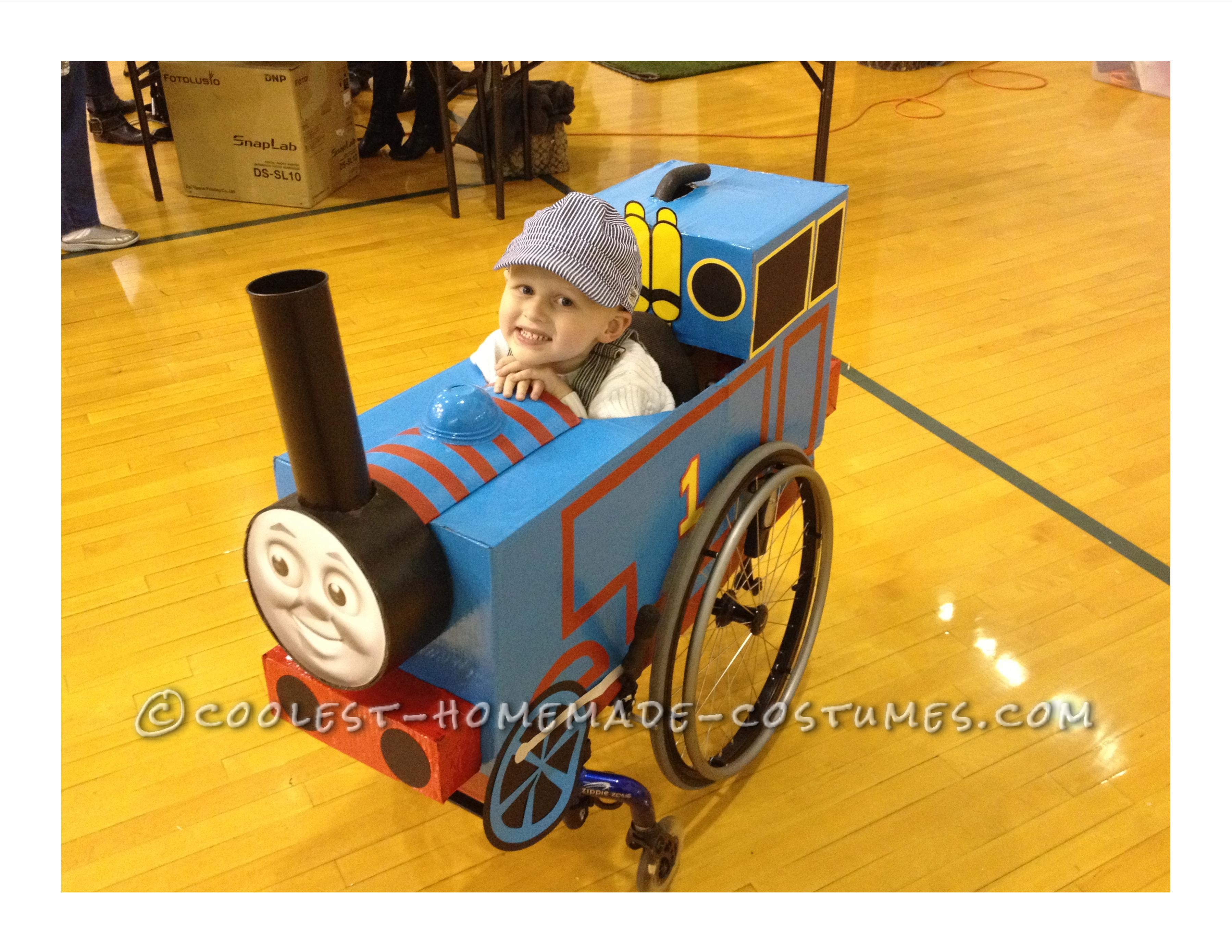 My 3 year old said he wanted to be Thomas the Tank Engine for Halloween. I have seen the store bought ones and knew those wouldn’t work out or give him the excitement he really wanted, as he is confined to a wheelchair from a rare genetic disease called Spinal Muscular Atrophy. So I thought, “Why not build Thomas around him?” So thats what I did.  I got a few diaper boxes, cut and taped them together, cutting a spot for him to sit down in and a part for the wheelchair handle so I could push him. I then painted it blue and got a cardboard column from my local hardware store to cut the round front and the curved top. I cut a hole in the top of it and put a pringles can, with the bottom cut out, in the hole on the top. I then used a Starbucks cup and cut it to make a shoot from the bottom of the pringles can to a hole in the box located behind the face.  I attached a printed Thomas face to the front, some CRICUT cutting rectangles and circles, wheels and number 1s, then taped off the lines with red duct tape, and added the hand drawn whistles.  Next, I used a large fruit snack box and cut it in half and spray painted them red and attached for the bumpers.

After it was all togther, I had to make it fun too! So we added a sound strip of an old Thomas book and glued it to the inside so that he couold blow the train whistle at passerbys  Finally we added a shoe box to the underneath side in the front so that when he would get candy, the person would stick the candy into the smoke stack and it would slide down the shoot to the box inside.

I bought a pair of striped overalls and a hat to complete the costume and it was a HUGE hit! Everyone LOVED it!  He even won 1st place in the 3-5 year old age group at our local Parks and Recreation Halloween Party. The best part was seeing my son’s face when I had it complete and sitting on his wheelchair. The look on his face was priceless and he loved tooting the horn at everyone. The Hardest part was keeping other little kids from playing with Thomas and standing right in front of him to get a glimpse at Thomas.  This one will be hard to top next year, but we’ll start palnning now! 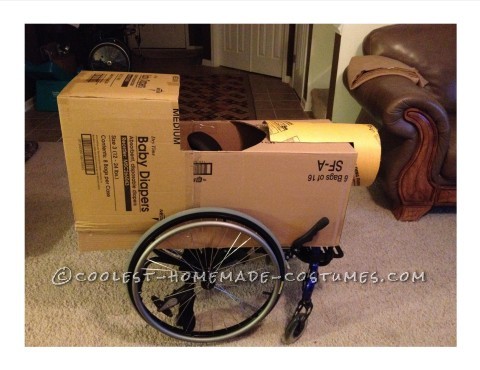 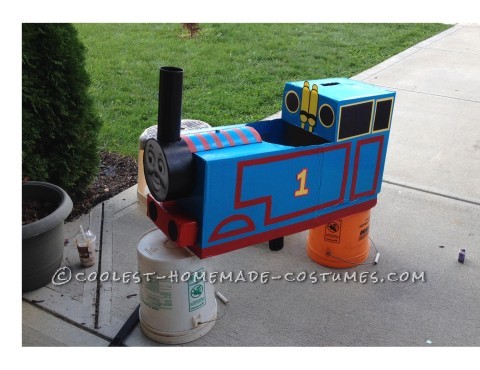 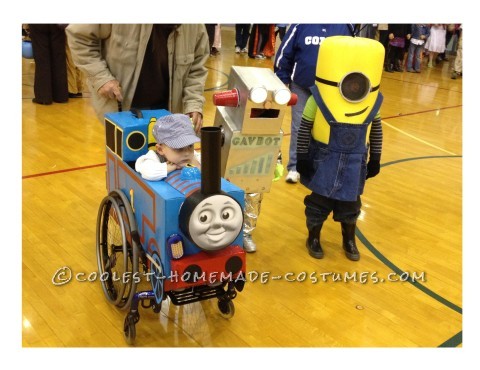