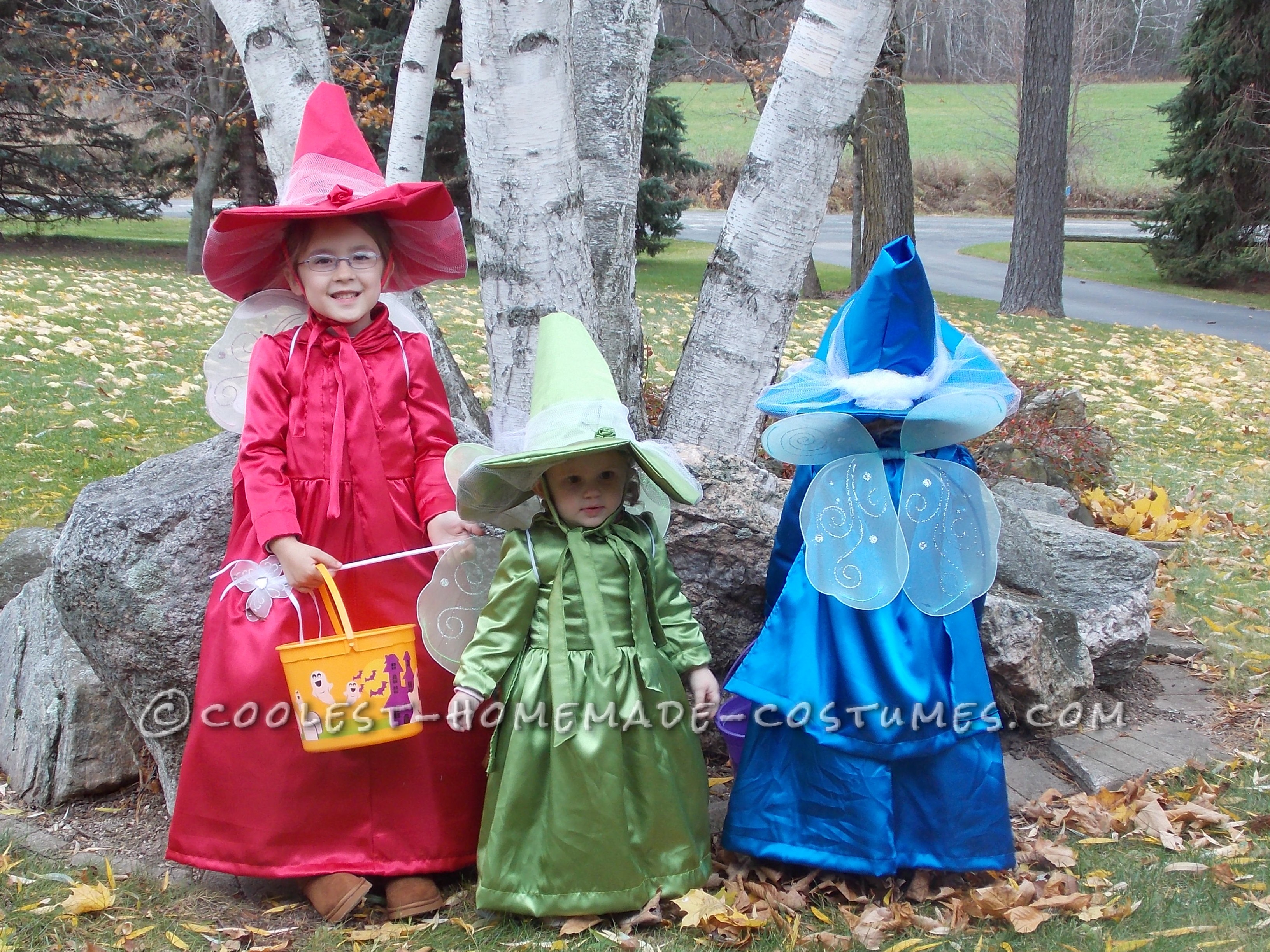 For these costumes, I bought the fabric that was closest to the colors of the fairies from a local craft store along with a simple pattern of an fairy godmother. I brought the fabric and material to my mother in-law who is the one who made them from scratch. We looked through a lot of sleeping beauty books to get the dresses perfect. She didn’t really go by the pattern; it was more or less an outline. She lives an hour away, so we made a few trips down there to fit the girls.

The hardest part of the costume was making the hats to up-stand the elements in Wisconsin. She re-did one of the hats two times so that it wasn’t so floppy. Also put the tooling around it similar to the real fairies and made roses from the extra fabric and placed them on the hat. I bought wings to match, which was a little hard because they had to fit over the capes. But it worked out because the elastic sat underneath their armpits and the cape fell underneath. I also bought wicker baskets for them to use as trick or treating buckets. Since the real fairies spend their time in the woods with sleeping beauty, when it came to the day though, the winds were at least 30 mph; 37 degrees and snow. There was an extra lining my mother in-law sewed into the dresses to make them a little more thick. They were also able to wear extra clothes underneath the dresses. The hats didn’t last long with the winds, so they kind of just fell on their shoulders. We had a lot of people think they were good witches, which was funny. It seemed to be the older crowd who recognized who they were from the original movie. We got tons of compliments even though they couldn’t trick or treat long because of the elements. We also did a lot of research watching the movie. It was actually just re-released a few weeks before Halloween. It was so fun having a theme with three little sisters. Their ages are 6,3 and 18 months respectively. If you want any more information, let me know.