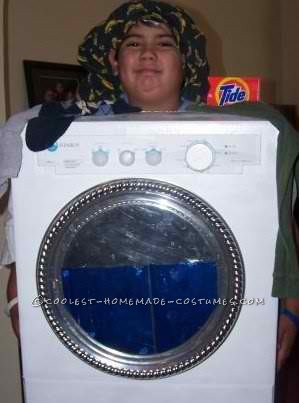 Last year I wanted to have some originality in my son’s costume. I was so tired of the same store bought ones. I did some research and found the idea to make him a washer costume. It seemed very early and with this being the 1st time I’ve tried to make his costume I went the safe route. So I bought a box from  Uhal and bought white spray paint from Wal-Mart, painted the box then added accessories .

The clothes are old clothes that no longer fit, hot glued them one to the other, added the small box of TIDE that I got from the laundromat. The front is a plastic platter that I bought from the local Dollar store. The blue is a plastic candy bag that I cut and glued on. The top nobs are plastic water bottle caps for the smaller ones and painted them white as well and the bigger one is a medicine bottle cap also painted white. Added one last touch which was to have my son wear some underwear on his head.

This original washer costume was a huge hit. 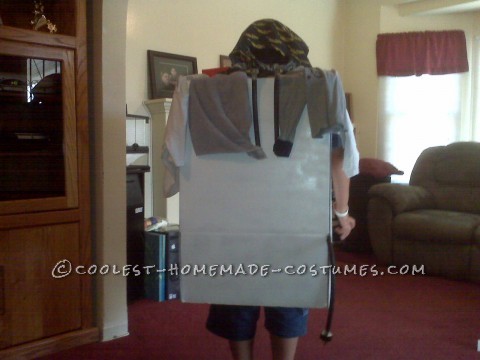