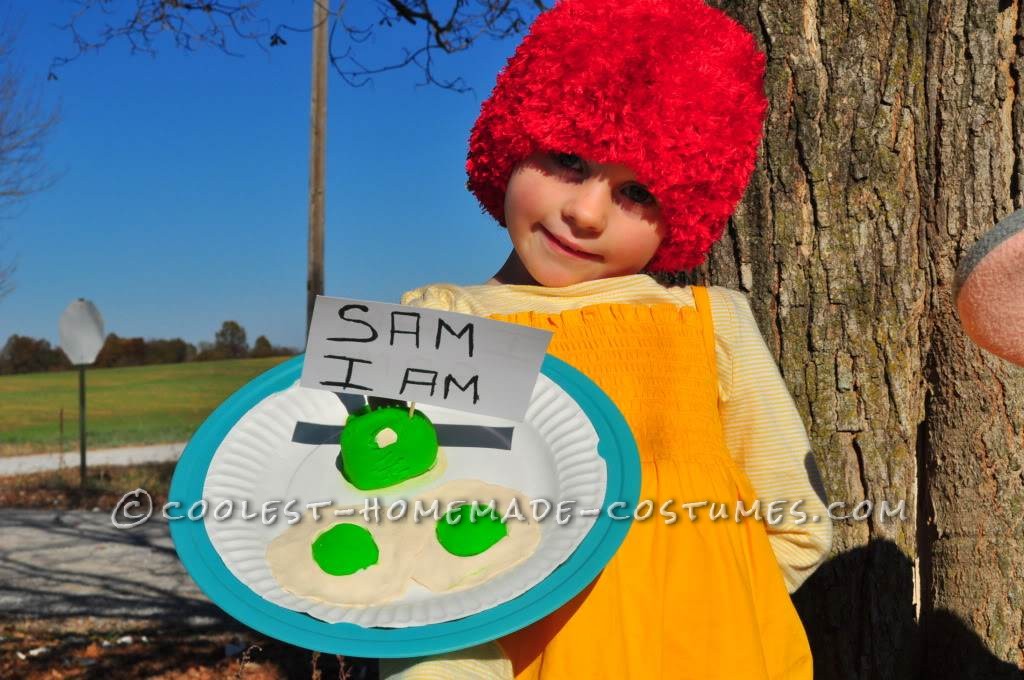 Our family loves Dr.Seuss so last year my 4 year old daughter had decided she wanted to be Sam I Am. I searched around but never saw any costumes you could buy so I decided to make one. This was my first costume I ever made. I also cannot sew so I had to be even more creative. First I looked at what he wore which is a yellow dress and a red hat. I went to Walmart and found a yellow sleeveless dress on sale from that summer. I took it home and cut slits into the bottom since his dress looks jagged. Next I found a red hat to go with it. Now his hat does stick up more but I couldn’t find anything like that so I stuck something in her hat to make it look taller.

Now onto the green eggs and ham. I knew I wanted to make it out of playdough so I bought the necessary colors, white, green, and a little black. I formed them into their shapes until they looked right. I decided to put them on a red plastic plate that I purchased on sale at Walmart also. I super glued all of the playdough down. I then added a homemade sign that said Sam I Am with a toothpick and a plastic play fork into the ham. Then I had to think of a way that she could carry it around all night and not get tired of holding it. My husband thought of using Velcro so we bought a roll of it, cut a loop through the plate, and stuck the Velcro through and around her arm. And since the pieces were glued even if the plate turned everything stayed in place.

To finish off the costume I put a white shirt on underneath and white tights. I loved the way it turned out and she got a lot of compliments on it. There were some people that didn’t know who she was but the younger crowd seemed to get it! 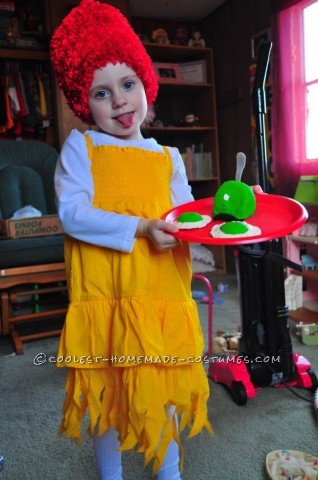 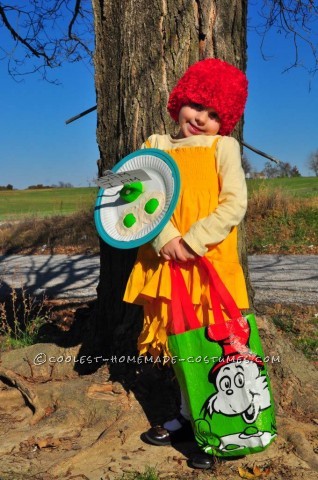 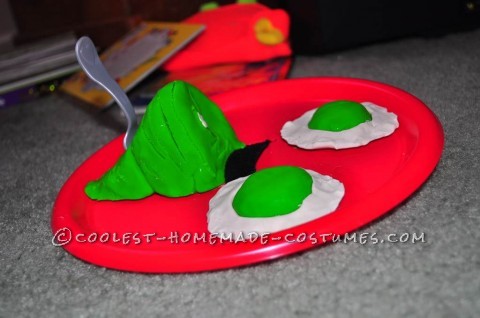