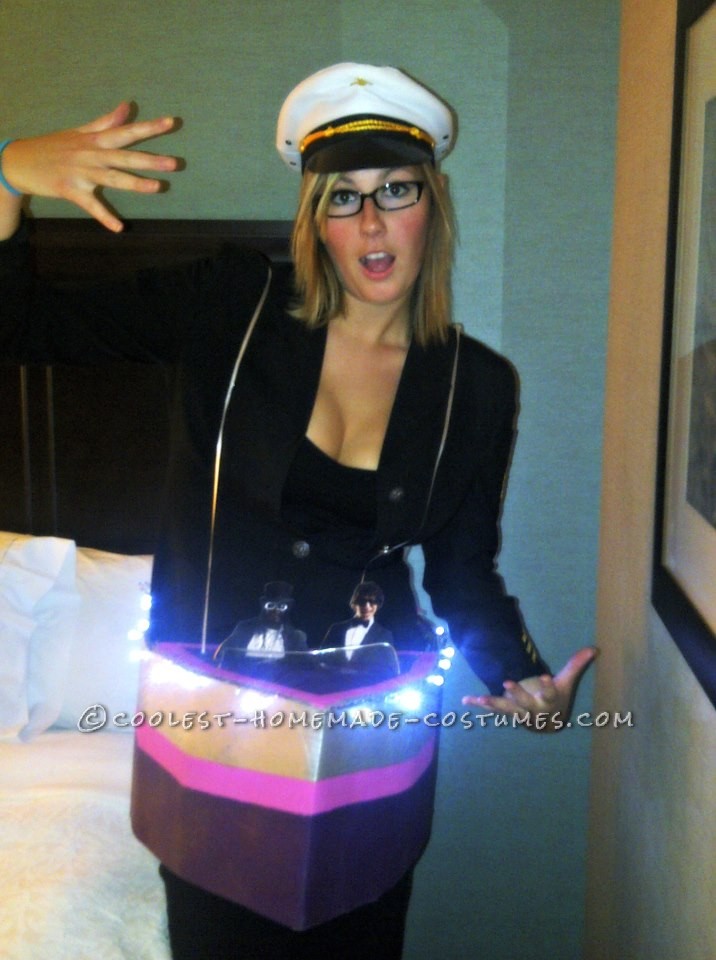 I had a blast this Halloween, rocking the light up Jeopardy board on Friday night and this awesome boat Halloween costume on Saturday!

I originally started with just the hat and jacket, and wanted to make it more awesome. I thought of the boat idea, which turned into light up boat, and finally adding Andy Samberg and T-Pain morphed my costume into “I’m On a Boat”

I used a large cardboard box for the front/back of the boat, and a smaller box to go around my hips. I cut it all out so it was even, and then bent it at the front to make the point, and bent the backs to form a “box” shape (back of the boat). I then cut out the flat part of the front/back and glued it on with glue gun (I used glue gun for everything).

I painted the outside pink, purple, and silver. Silver was spray paint, and I bought the other two colors from Dollarama. I added a “windshield” made of clear tape, and a bendable silver wire. Printed off Andy and T-Pain, glued them onto cardboard, and then glued them onto the top. I used present ribbon to hold the costume up over both shoulders.

I Velcrod the battery pack of the lights to the inside behind my right hip, and then poked them through holes all around the entire boat so you couldn’t see the wire. It was such a cool effect!

I got so many great reactions from this costume! People loved that I had Andy Samberg and T-Pain on the front, and I got many people singing “I’m On a Boat” with me! Having the hat and jacket added to the effect.

It was a time consuming project, but well worth it for the fun I had with it, and very cheap (only $2.50 for the paint).

Coolest Homemade “I’m on a Boat” by T-Pain Costume