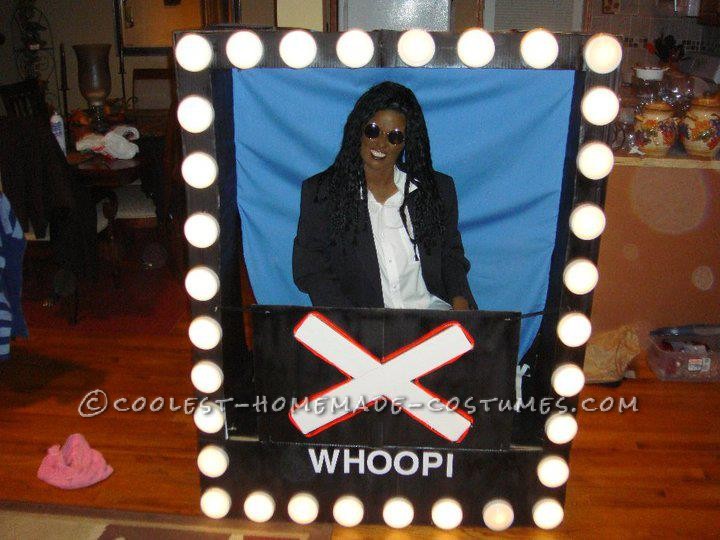 My Whoopie Goldberg in a Hollywood Square was a riot!! Easy to make!

Start of with me: bought clothes at local salvation army, painted my face, bought a wig! And there you have it Whoopie!!!

The Hollywood Square was just as easy!! Went to Home Depot, bought a garment box, spray painted it black. Bought batter operated stick em lights to frame out box so it was lite up! You can’t see it in the pic, but the “X” had a string of LED flashing lights around it so it gave off the effect of the flashing “X”. The background was blue material. The box was about 6FT in height! It was quite interesting and challanging wearing that thing all night! But, what I did was strap on elastic to the box and my back so I can walk in wearing it!!! People were cracking up!! When I was tired of “Wearing it” I propped it down in a comfy spot and had a mini chair inside and sat in there! It was absolutely HYSTERICAL! People were taking pics of me with them in the hollywood square as well as themselves (as seen in the pics) Nobody recognized me and I was the most noticeable costume in the place! Not to mention I won first prize!!! It was alot of fun!! 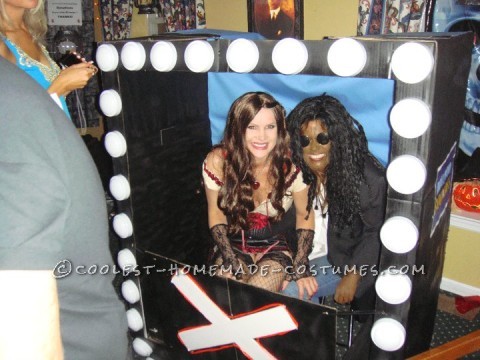 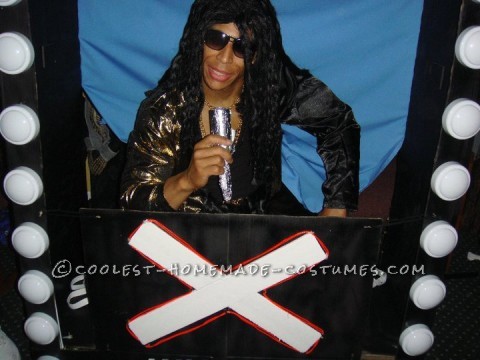 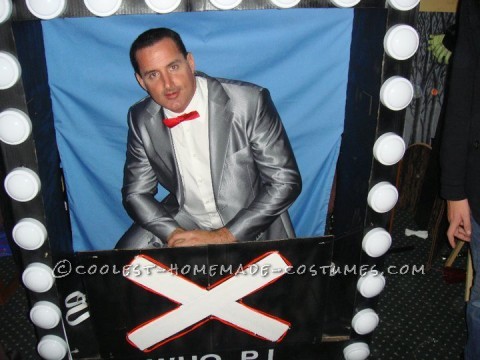 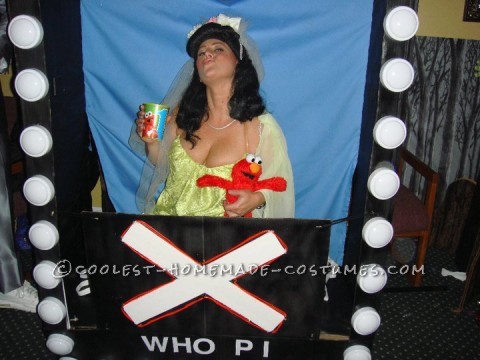