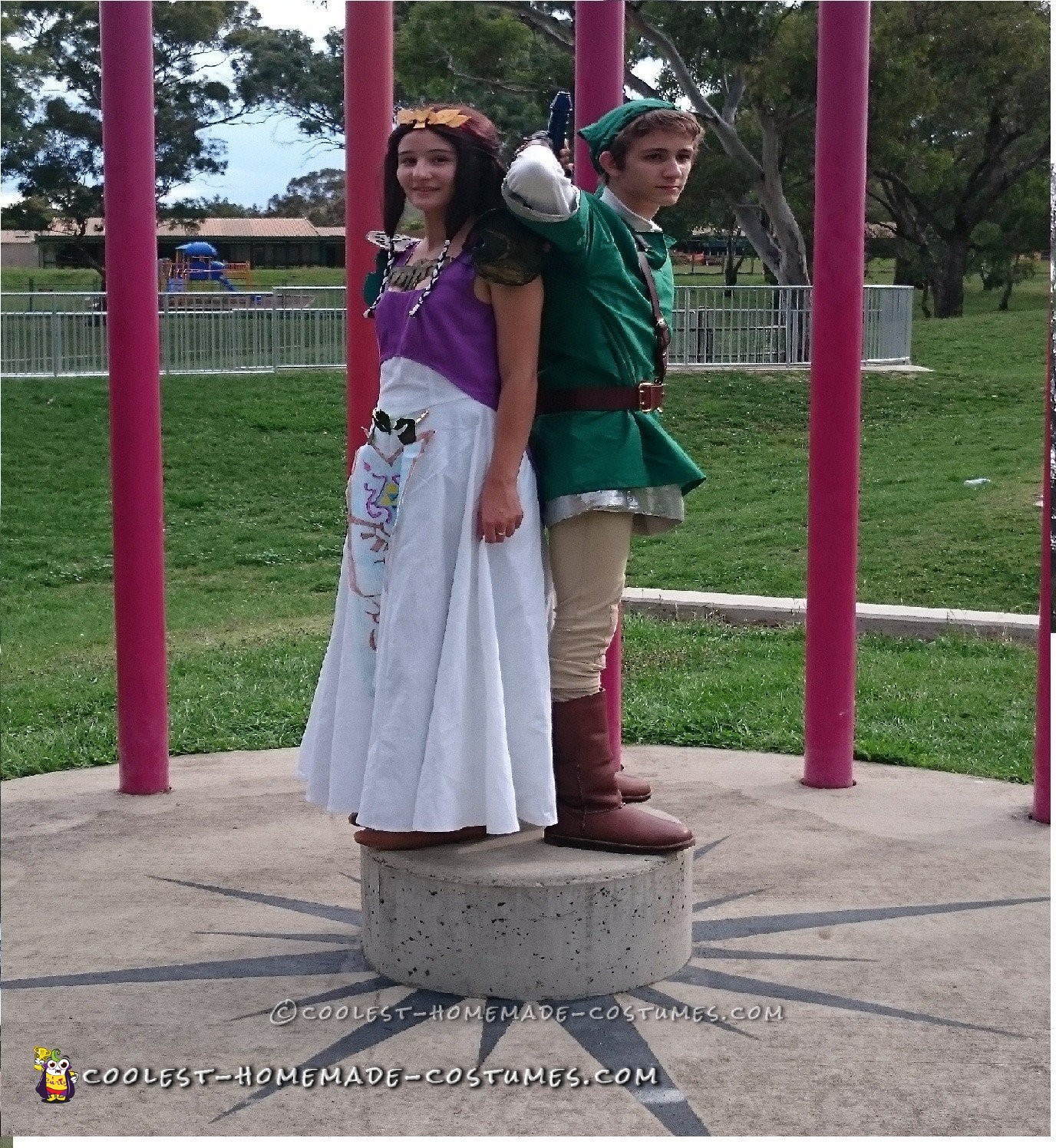 Link and Zelda have been an icon of my childhood. It wasn’t until recently I decided that I would finally make my own Link and Zelda couples costume. My brother accompanied me as Link, and, in January 2015, we stepped out onto the convention floor as Link and Zelda, granted, we could’ve done better, but it was a good attempt at a last minute costume. Zelda follows basic sewing techniques as well as simple drape drafting. Her armour follows basic craft foam molding, so it is easy to complete. Her gloves will be easy for anyone to complete as all it is are rectangles with lining. Her tapestry is the same material as the dress, spray painted with a stencil.

Link’s tunic is a basic tunic pattern taken up. The belts were all bought in a local op shop for about $25, and the pattern for the hat was easily drafted. The chainmail is just a sequined fabric following the same pattern as the tunic, with the shine removed with paint.

Both wigs followed basic styling techniques anyone can complete with a bit of patience.

Link and Zelda have probably been one of the most iconic video game pair, so it was definitely rewarding looking at everyone’s reactions to this costume. In total, we got 15 photos in the span of an hour. Seeing as this was such a rough copy, we will definitely be redoing these for a much larger audience. I enjoyed creating the costume and working on it for so long after the event. Please note that I do not have any recent of the Link wig as I got it after I took the cosplay pictures for the convention. Nevertheless, we still got a fantastic amount of appraisal from everyone. Please also note that costumes are supposed to be fun, and it’s not always about the costume, but the wearer of the costume. 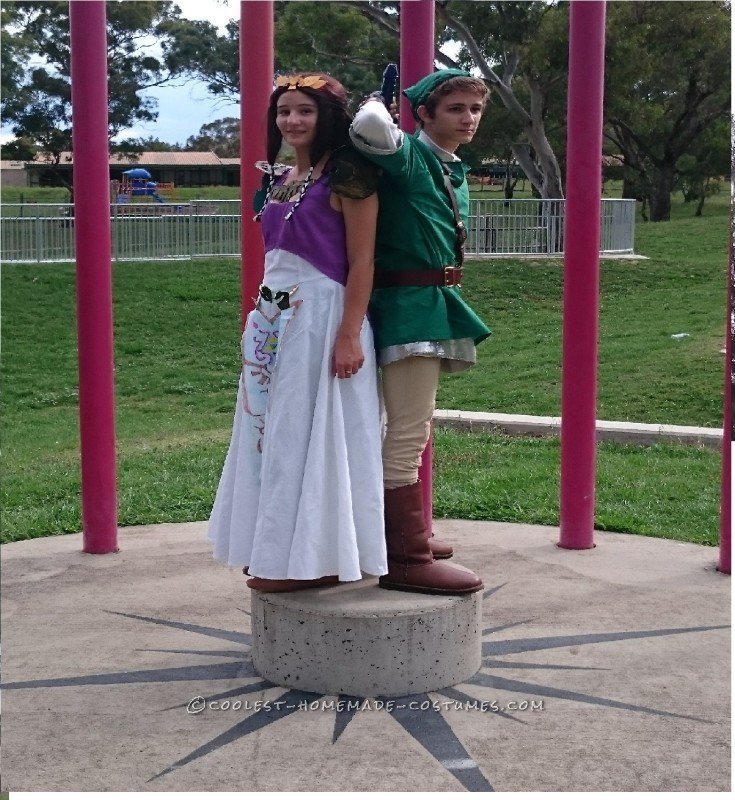 The pattern we went with was “Butterick B4571”. The fact that the bodice was made separately from the skirt made it easier to draft the purple doublet.
To actually draft the doublet, we cut each section of the bodice out of the purple material, without actually cutting the bottom to the right shape. We then had to use a draping drafting method to get the right shape. Since the pattern was not my size, we also had to adjust each piece to fit me.

For the fabric, we used an unwashed cotton duck. The thing with cotton duck is that it comes unwashed, and when it’s unwashed, it’s stiff, which is perfect for the gown, as Zelda’s gown sits stiffly, but flows slightly as she walks.

For the front tapestry, I cut the main shape out of the cotton duck. The first one I made was too flimsy after being painted, and any fabric stiffener I used on the back bled through to the colored side. Eventually, I cut each bit out of my first tapestry to create a template, which I then used with spray paint.

Looking at other people who have cosplayed Zelda, I knew there were two options to do the glyphs on the bodice. I either a) Draw the glyphs on with a paint marker or stencil. Or b) Hand embroider every symbol. I went with the embroidery as I had heaps of white embroidery thread lying around from when my mother did Hungarian embroidery. It took a total of 13 hours to complete the glyphs.

If I redid the costume I would… change the fabric I used. Although the fabric had a nice weight to it, I wasn’t happy with how thick the weave was, so I was required to wear a petticoat underneath to prevent people from seeing through. 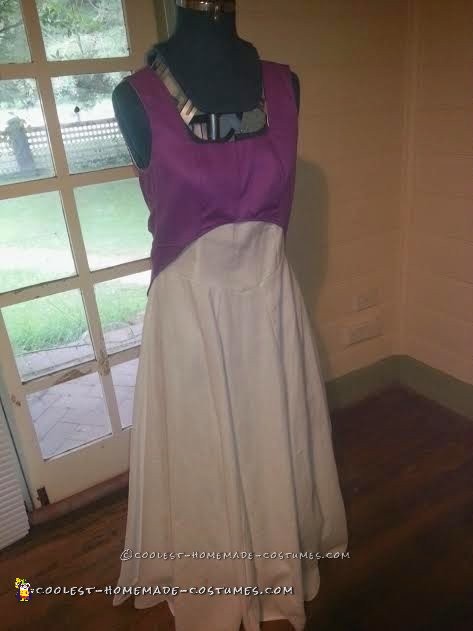 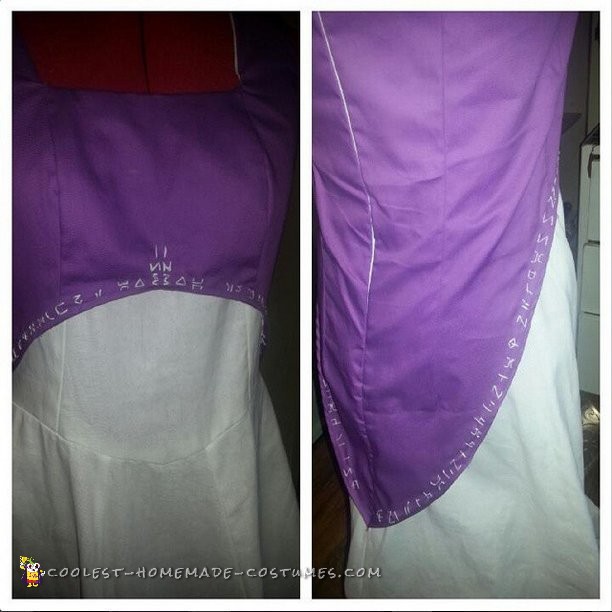 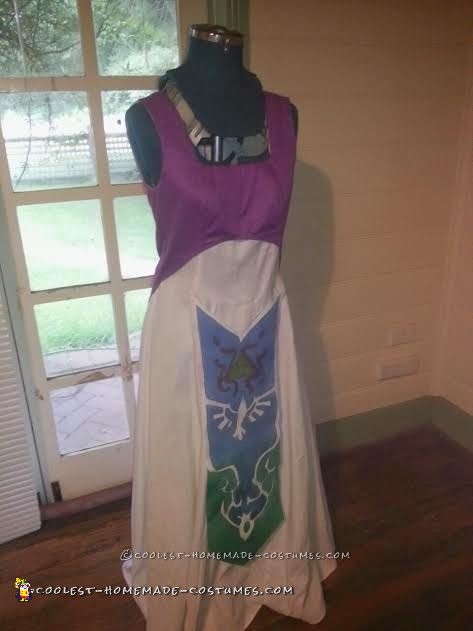 For the gloves, we found a simply finger-less elbow length glove pattern and followed that. I ended up wearing the gloves over another pair of white gloves I had already, to save me from sewing fingers.

For the pauldrons, belt and crown, I found a template and copied the image onto that. The bottom piece was a solid piece, and the top piece had the decoration. Jewels were added. 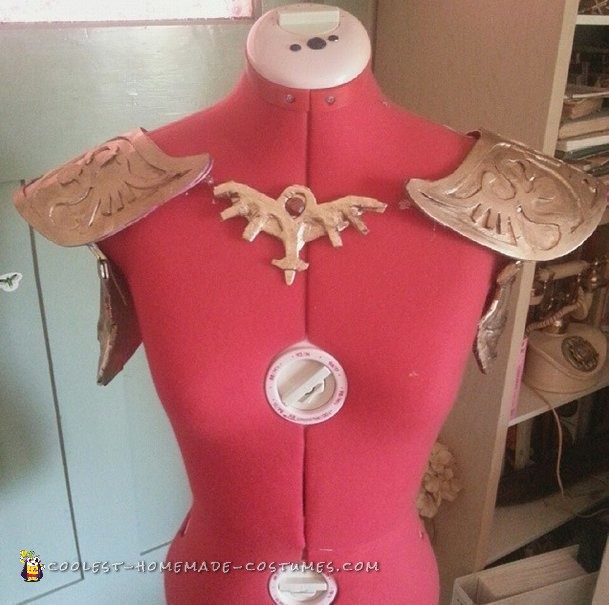 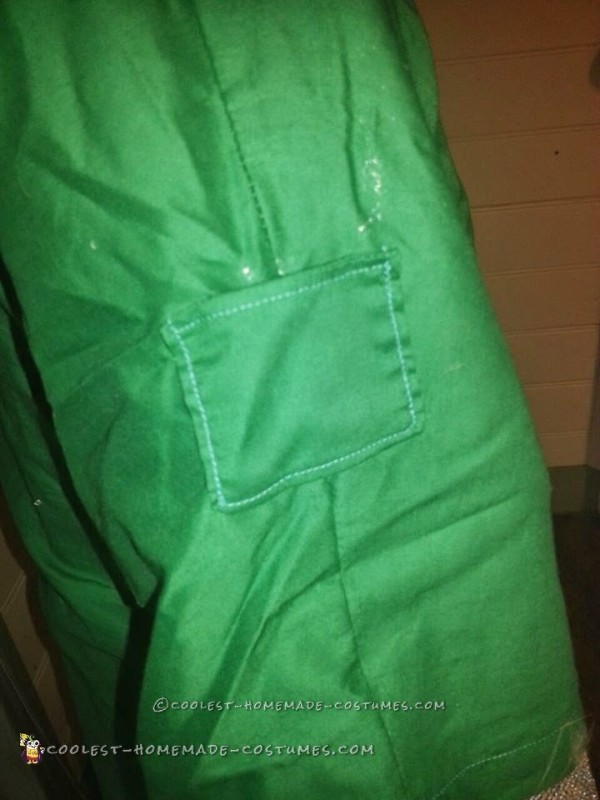 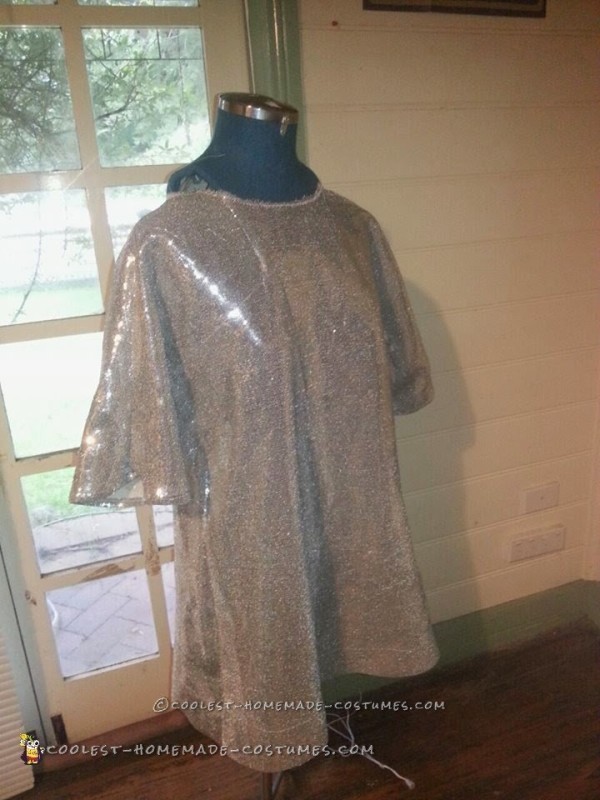 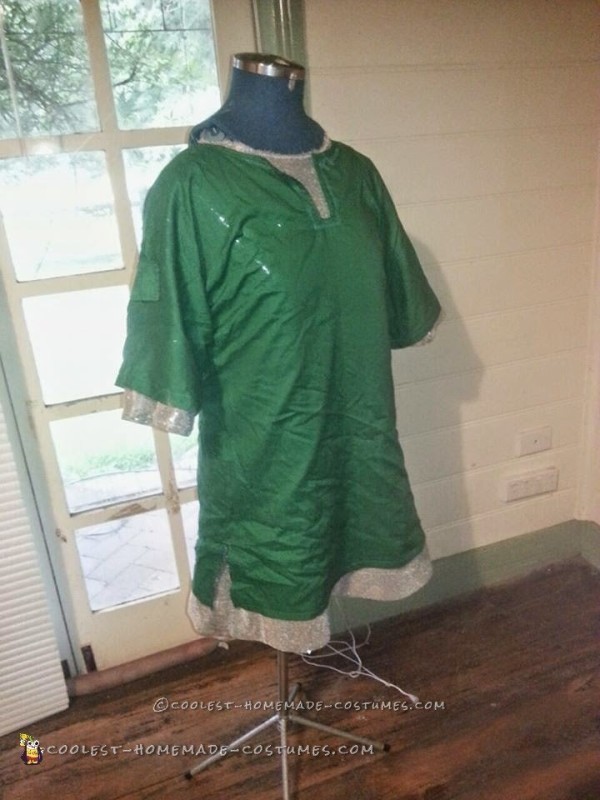 Although I don’t have a picture, Link’s hat was created by two triangles sewn together with an elastic at the opening to keep to head, for the pants, we used tan tracksuit pants, or horse riding jodhpurs. The belts were actually a military belt we found at Vinnies. The boots were simple Ugg boots.

For Link’s wig, we found a blonde layered wig, all we did was collect the hair to form a side fringe to mimic Links. For Zelda’s , two pieces of hair was drawn to the front, and plated with white wool, while the rest was swept back to form a plat at the back.

Put everything together, and there you have it! Link and Zelda!