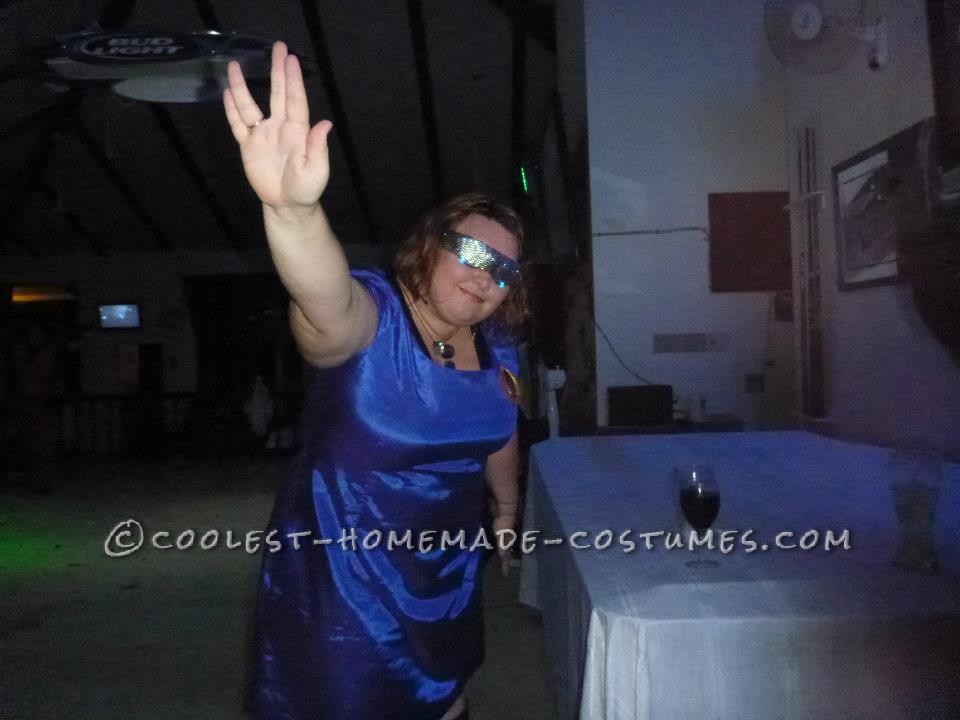 I had been out scuba diving all day and had two hours to put together a costume. Got inspiration from a hair band sitting on my dresser, realized it looked like the star trek visor that Geordi La Forge wore.

Also had a set of  blue led glasses bought from a street fair about a year before. It was pretty effective. The only problem with the led lights on reflecting off the inside of the visor/headband. I couldn’t see a thing. So I only had it on for photos. I normally like to have more spooky/scary costumes.

I had a blue shift dress in in my wardrobe, and also black knee high boots, I put a black Lycra top on underneath to give the blue and black of the 60s costumes from the tv series. I also had some gold wrapping paper from a Godiva gift box of chocolate and used that to cut the circle and insignia out of. I had a paua shell broach that I pinned on the gold paper to complete the approximate look of the star trek insignia which I found on this site and others.

I put earrings on the neck and should of the dress (transponder buttons and wore some costume jewelry that looked a bit mineral.

Was fun and easy and fairly comfortable in the tropical heat. However, only the expatriate community over a certain age really got it, everyone else asked if I was an alien or a robot. Line of the night “are you a space lady?” No trekkies here ;)  Where I live most people don’t have tv, and the new Star Trek movie didn’t come out until six months later, so if it had been a 2013 costume it would have been better. As the evening wore on I just went with the alien concept.

There were some amazing zombies and other costumes at the party so they deservedly took the prizes. At least I felt I could live long and prosper. 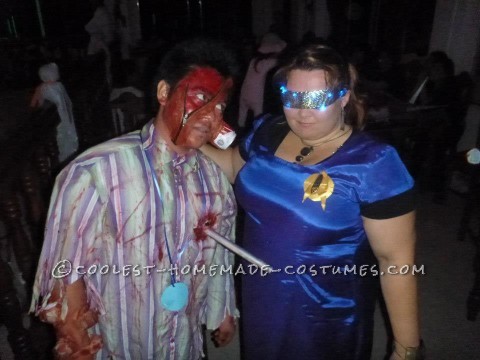 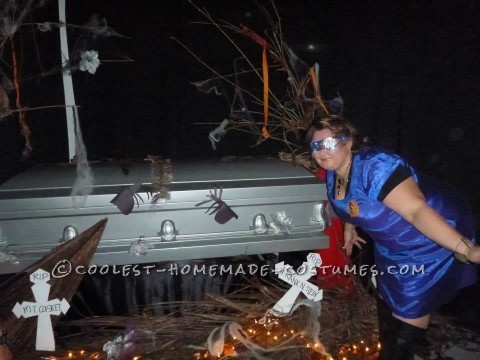 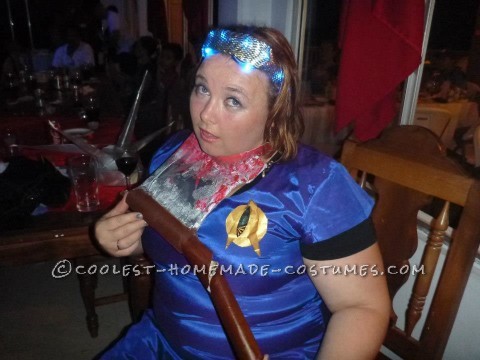