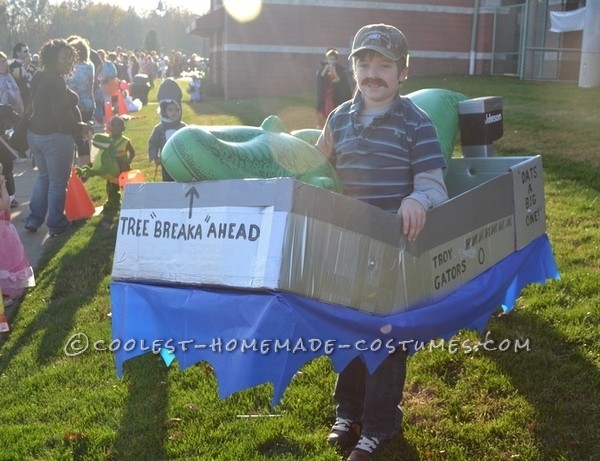 We are grandparents who are lucky enough to live close to our grandchildren. In our never-ending quest to be the greatest grandparents ever, Halloween is our opportunity to shine. We have a lot of fun getting ready for Halloween. We make spooky cookies, go to pumpkin patches, hayrides, parades, and best of all….help to make their Halloween costumes.

This year our eight year old grandson, Tyler, wanted to be Troy Landry from the TV series Swamp People. We got some ideas and inspiration from “the coolest swamp people costume” on your website. Before we were done, Tyler’s Troy Landry costume grew to include a boat, outboard motor and six-foot long alligator! Relax, the gator was an inflatable pool raft.

The best part of creating Tyler’s costume was working together as a family. Grandma and Mom found Troy’s “lucky polo shirt”, his camo ball cap and the moustache. Dad made the Troy Landry alligator fishing license. Grandpa made the boat…complete with a Johnson outboard motor!

Here’s a step-by-step guide to create this super cool costume:

2. Design a plan for modeling the cardboard into Troy’s boat (using plenty of duct tape) be sure to leave room for person to fit it over their body in order to carry it

3. Add support to the boat with flat washers, screws, and nuts

4. The boat was held with a pair of “suspenders” made from lawn chair webbing

5. Next, to appear to be riding in the boat use an old pair of jeans stuffed with newspaper and shoes to give the illusion of legs in the boat

We had a great time making this unique costume. The hardest part was keeping the design lightweight and comfortable enough for hours of trick or treating FUN!

The hunting began at Trick or Treat Night at Eastwood Field (home of our minor league baseball team, The Mahoning Valley Scrappers.) There were 5000 people there, but Tyler wore the most talked about costume! We stood in line and Tyler caused a lot of commotion. You can see the people staring in the attached pictures. As soon as we got to the gate, the Disc Jockey on Y101 started laughing and mentioned his costume on air. We traveled from table to table around the park for an hour. At least 20 people asked to take his picture on their cell phones to send to a friend. There were 2000 children in attendance, and 2 costumes made the news that night on WFMJ. They featured Tyler’s costume! The reporter from the Tribune Chronicle (local newspaper) also interviewed Tyler, took his picture and he was on page 2 of the paper the next morning!

When people saw the costume, they would do a double take! They would either point, nudge others to look, laugh and run over to him. We heard a lot of comments. Most of them were: “So cool!, Awesome!, Best costume ever!.” We heard a lot of “WHOAAS!”

We had a lot of family fun and made some lasting memories with our grandchildren. Thank you so much for the helpful ideas on your site and the opportunity to share our story. 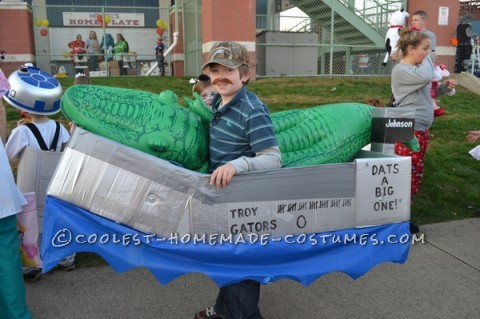 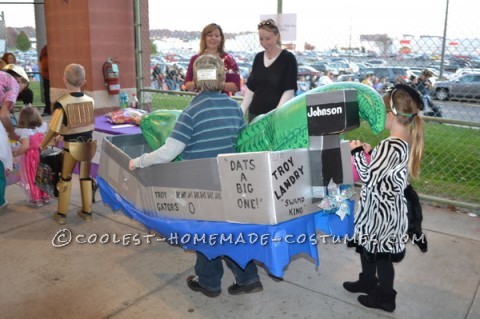 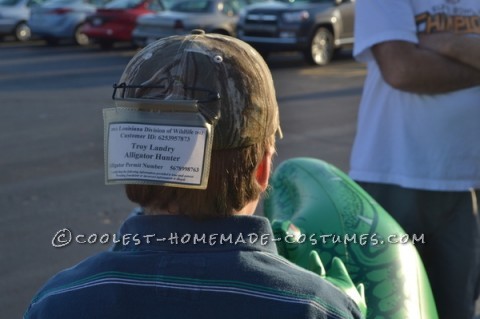 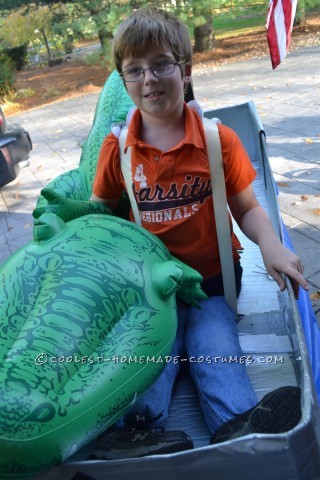 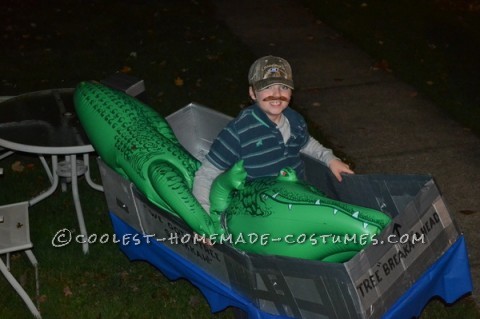 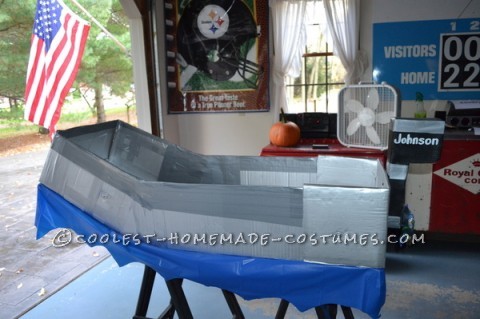 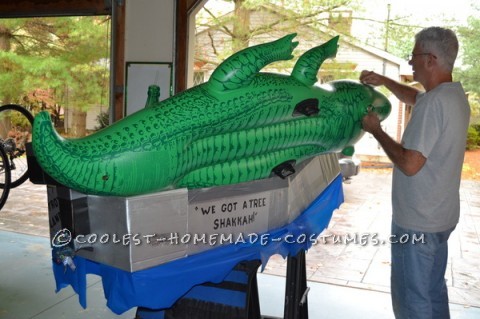 A Daring Nip/Tuck Couple Costume: Dr. Troy and his Patient