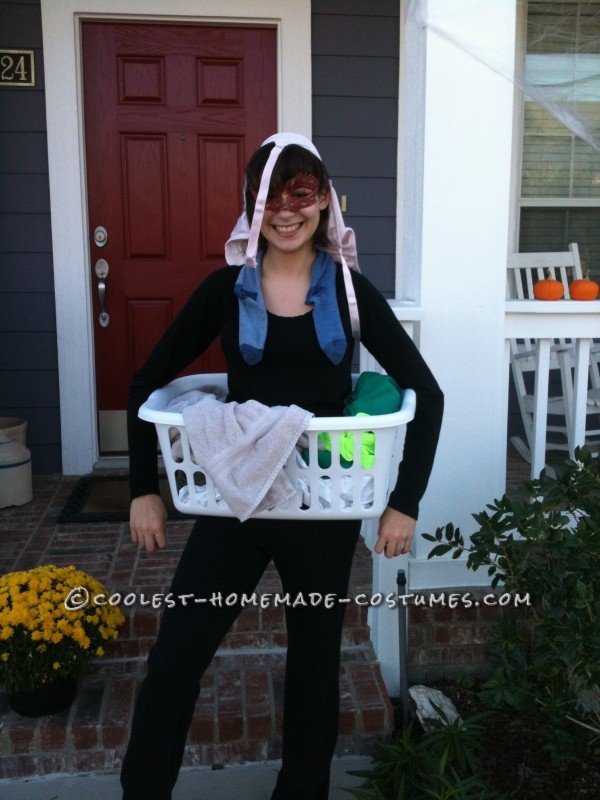 This Dirty Laundry costume was super easy to make for my daughter! The only cost was the laundry basket which was about $8.  First we cut out the bottom, making sure not to make the hole too big so that she could carry it on her hips. Then we threw in a sheet,  a towel, a shirt, and various other items. Next we draped some socks over her shoulders and finished it off with a bra on her head hooked over an arm to secure it.

The photo doesn’t show it, but she also had a box of laundry detergent in the basket.  Would have been a great idea to have a cleaned out bottle of detergent with the top removed to serve as a candy collector.  She got lots of compliments on this costume and had tons of fun!  Why the mask? Well, when one is wearing one’s mother’s bra on your head, you want to be a bit incognito! LOL!