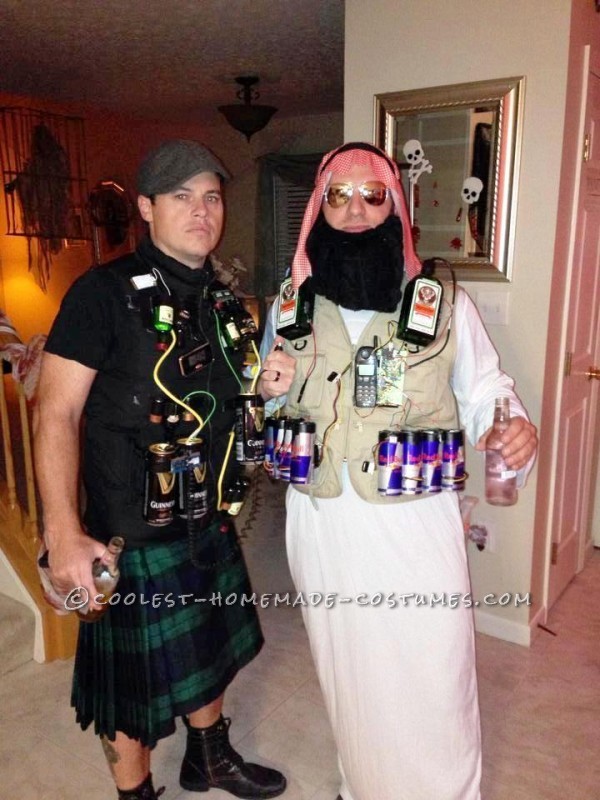 Our annual Halloween party was a shot fest when the Irish Car Bomber and The Jager Bomber arrived to it. Complete with bomber vests packed with Jager and Reb Bull and also Baileys, Jameson and Guinness. Ntoice the cell phone detinators that can cause these bombs to go off at any time. These two were the highlight of the party and looking for other bombs that might show up like the Cherry Bomber but their only success was locating a Red Headed Slut. The Irish car bomber is in full kilt, regimental style, sporting the combat boots and hat to accompany the vest. The Jager Bomber is in full “suicide bomber” garb and sporting a beard. These two costumes were built with actual alcohol, sporting vests and wires and motherboards taken from old computers along with old cell phones. The Irish Car Bomber is sporting a countdown clock that started at the beginning of the party and when it went off he made Irish Car Bombs for everyone.