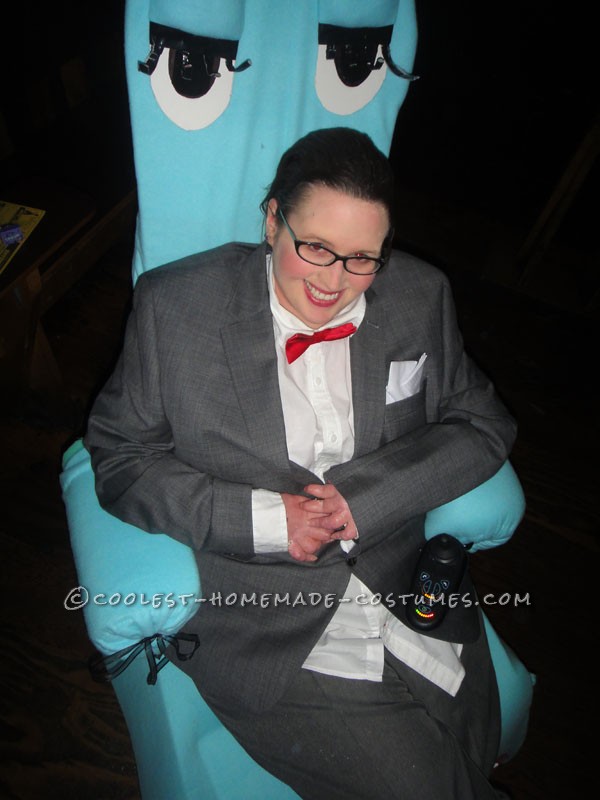 for most of my life I was completely able-bodied, however after a long series of illnesses over the last couple of years I have found myself a full-time wheelchair user. I have always loved Halloween and had no idea how to enjoy it in my new body. Thankfully, the Internet gave me all kinds of ideas, and I embarked on my peewee Herman and chairy costume! for myself, I found a gray suit and did my makeup to give myself a pale white face like peewee. The chair was the hard part of course! We used cardboard to make that more like an armchair, as well as foam rubber around each arm rest. Then it was all covered in a blue fleece fabric, that my stepmother meticulously measured and sewed for me over the period of a couple of weeks. The eyes were made out of cardboard, electrical tape for the eyelashes, and more blue fleece over cotton balls for the eyelids. The mouth was red felt and the teeth were more pieces of cardboard. This is one of the first times I have really been out on the town as a handicapped person, and definitely the first time I had gone out for Halloween. it was an amazing night. I got great reactions from everyone, people bought me drinks and wanted to take pictures with me because the costume was so cool, and because Pee-wee is awesome of course! I could not get on the stage for the costume contest, so I thought I would enter contests online, because this costume deserves recognition, lol. 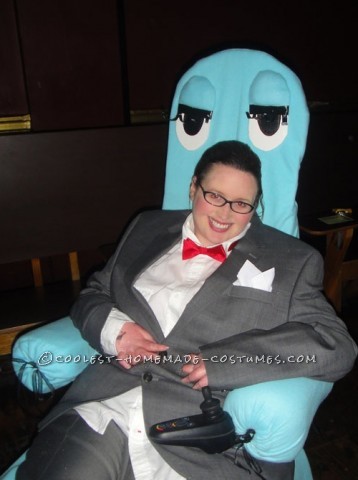 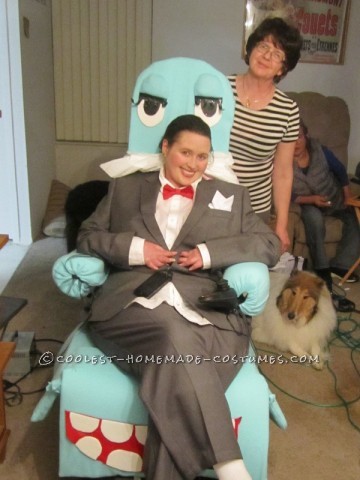