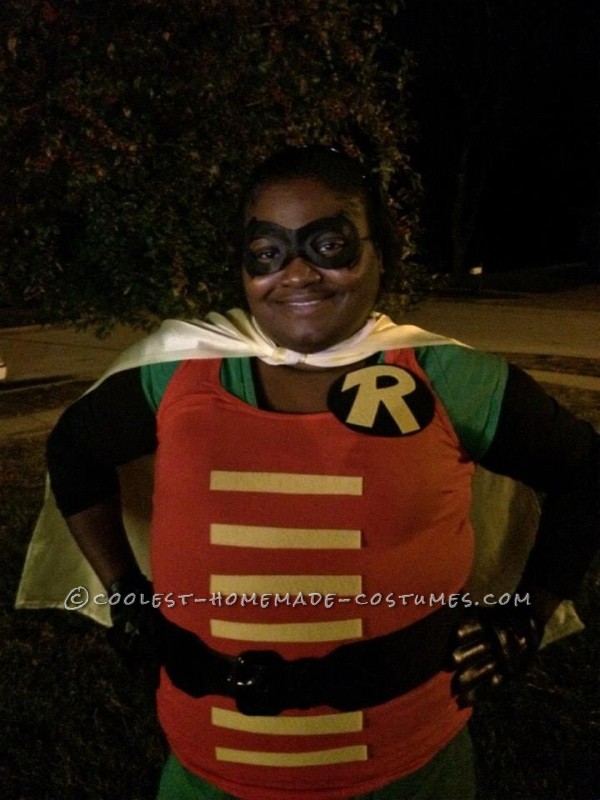 I spent a total of $16 and 3 hours creating my costume. I “borrowed” the idea from an image I found on Pinterest. I used my green skirt from the previous year’s Girl Scouts costume (also homemade) and scoured thrift stores for a tee of the same or similar shade. The black shirt also came from a thrift store. The red tank was found on the clearance rack at walmart. The yellow stripes were made by cutting strips of adhesive felt  sheets (found at Hancock Fabrics). The “R” was also made with black and yellow felt sheets. I already had the black tights and boots in my closet. I found the belt at Kohls and the gloves from the thrift store. The eye mask was a standard one found at any Halloween store. I cut the eyes wider and trim around the edge to give it the “superhero” look.

I was a huge hit at the party. I purchased a vintage Batman costume online (official Marvel gear) for my pup but sadly it didn’t fit right. So, the dynamic duo plans were ruined. 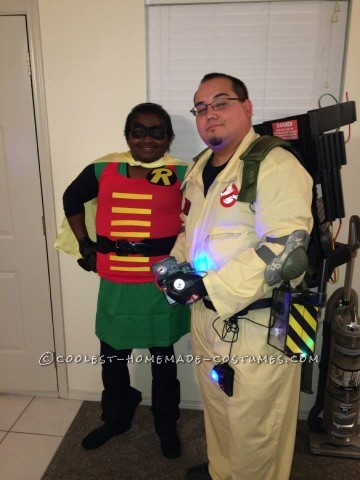