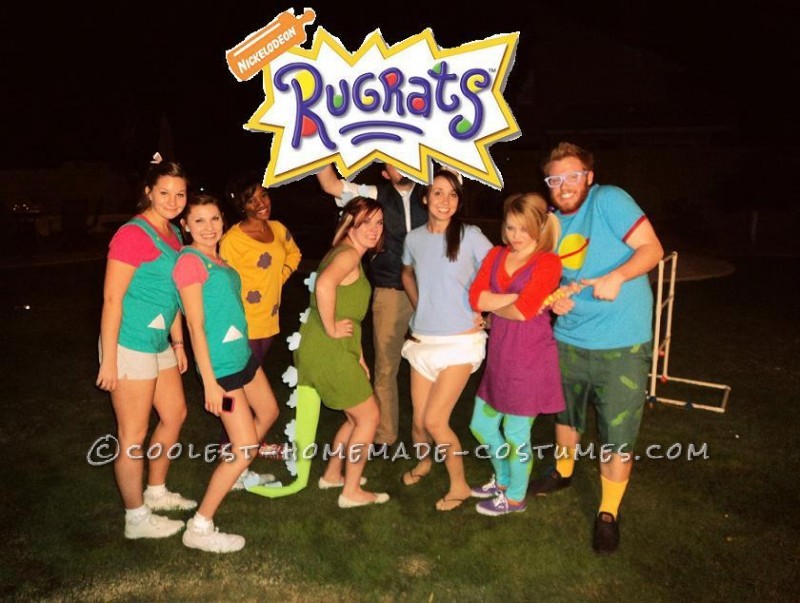 We wanted to go as something fun and creative!

The Phil and Lil costumes we bought teal t shirts then cut them into tank tops and put a pink t shirt under. Then we cut out the little shapes that they had on their shirts to glue on along with the buttons on top(the right side is a little swirly triangle and the left side is a yellow duck). Then they just wore colored soffe shorts that they already had and shoes. Lil wore a pink bow in her hair.

Reptar wore a green dress for the body. Then we bought a tail from Walmart and hot glued green felt around it. We cut out blue pieces and glued them to the tail and the dress, then made a head band to attach the blue scale-like pieces to the head too.

Suzie also found her clothes at savers. We cut out the flowers inn purple material and glued them to her shirt. Then she is wearing purple leggings/tights for the pants. With red shoes too!

Tommy is wearing a simple blue shirt, with a sheet for the diper. She is wearing dance tights underneath and we taped the sheet onto her.

Angelica found clothes at savers too. The leggings have green spots that were cut out and glued on, with a long orange shirt under the purple dress. The hair is up into pigtails with purple bows in her hair to match the purple shoes.

This was seriously the most fun cotsume to wear as a group! We would walk around together playing the theme song to the show, and tried to act like our characters all night. Everyone else around us told us how fun our costumes were to see! 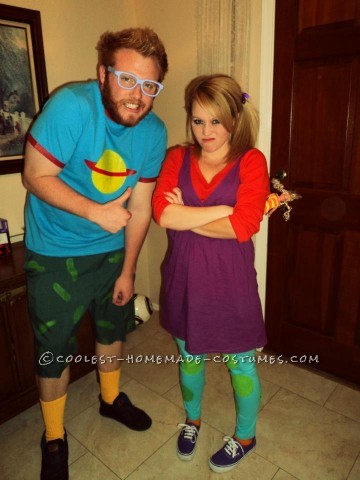 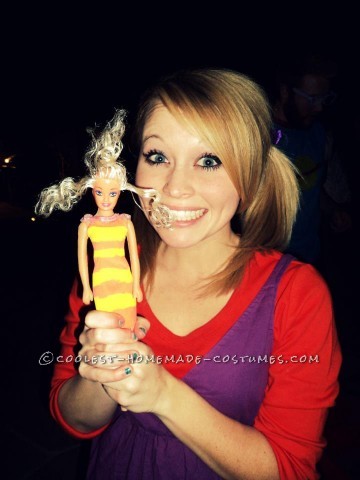