I saw a picture floating around on Pinterest of a woman who had done a masquerade mask that looked like flesh, and when you move it from your face you are bloody flesh underneath. I fell in love with it and knew I HAD to do it this year.  I made the mask from a plastic mask from Michaels that I glued a dowel to the side to hold it.

I used scar wax makeup from the Halloween store to simulate the fleshy look of the mask. I spread the scar wax on there, colored it with makeup and added some blood, and staples around the edge. Topped it off with some feathers, and the mask was done. For the face I used liquid latex and tissues- I put the latex and tissues around my face, where the mask would be covering. (careful- trying to avoid hair- which i was not entirely successful in- ouch!).

Once it was all dry I used face paint and layered colors- black, dark red and bright red. As I was doing this I thought for sure it wasn’t going to look the way I wanted it too. This was the point where you have to take time and allow things to dry properly before you can add the next layer and finally achieve the end look. Sometimes that part is really hard for me, and I always have a mini freak out right before it all comes together. But I persisted. I sponged on some fake blood (light and dark) in a few layers. Ran some down my cheeks. And that was it.

I wore a dress and black spiderweb cape. As I suspected, what I wore didn’t really matter with the Flesh Mask. People were seriously grossed out! They were grossed out when they would first see it, and then I would hold up the mask and it would all come together for them, and they loved/ hated it even more! Especially the staples caked with blood. I took pictures with lots of people I didn’t know, which is always a sign that your costume came out well. 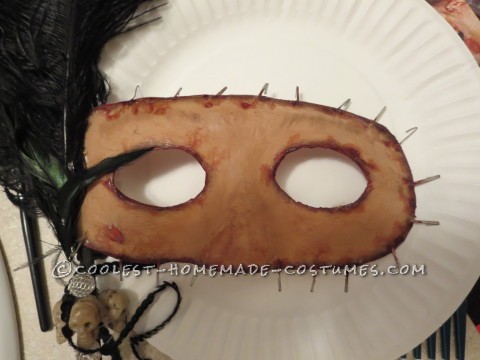 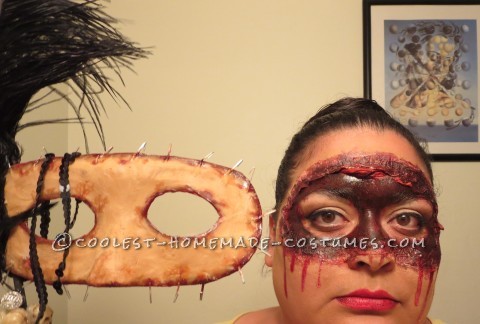 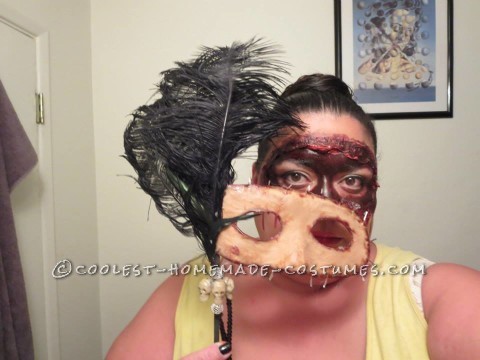 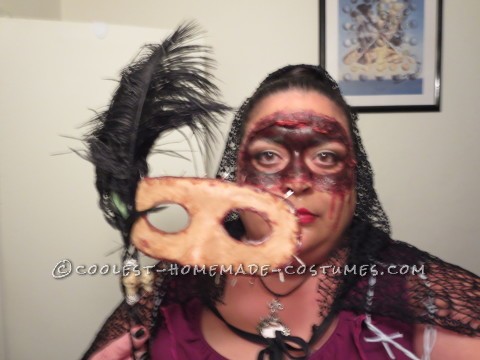 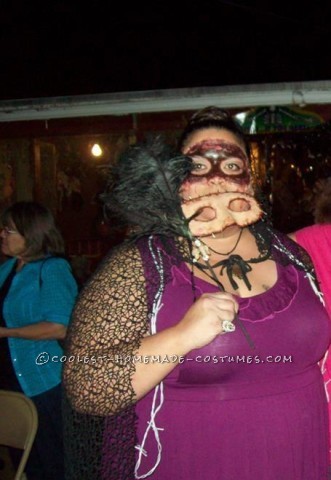