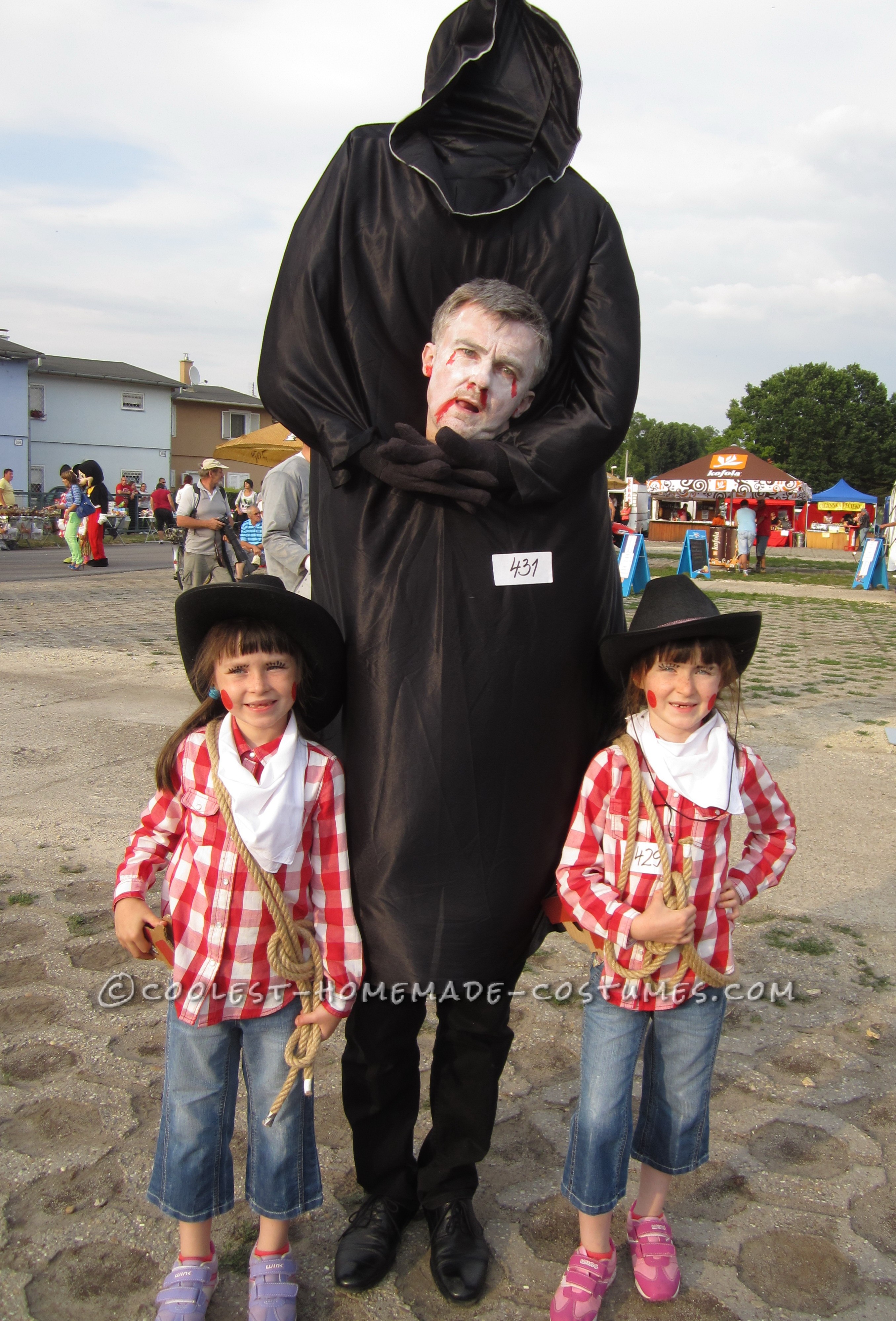 I’m an English guy living in a small town in Slovakia, every June the town hosts the biggest carnival in Slovakia, I think over 2000 costumes normally (mostly kids as its held on the last day of the school year in the afternoon). Last year I managed to pickup 4th prize with the “man in a box” (see the picture), the prize was a t-shirt, dressing gown and €20 manicure voucher (third place won a crate of alcohol-free beer, so I did well I think !)

So this is what I needed:

3) Piece of iron rod (about 4mm diameter I think and 1.5m long), this was about $8 in DIY store, its thick enough that it holds its shape but thin enough to bend by hand.

4) Bubble wrap to pad out the body and an old shirt to make the body shape.

Total spend about $35 (bear in mind $10 worth was reused from 2012 costume and its back in the garage ready for something next year !)

Overall it took about 2 hours to make. The piece of iron rod goes from the glove thought the arms, across the shoulders, down the other arm and into the glove. Basically I made the rod shape (by bending it) then wrapped bubble wrap around it and put it inside an old shirt (using safety pins to keep it all in place). Some adjustment of the arm positions were need so my head could rest on the hands easily. There is nothing in the head, its just an old wire coat hanger holding up the cloak hood.

Then I cut a hole in the black clock at just above waist height so that the clock was still touching the floor nearly (you need to use the biggest cloak you can buy so that the proportions are OK). The clock was kind of stretchy so the hole my head went through isn’t seen.

To get the whole thing to sit on my shoulders I used a rucksack and two bamboo poles in an X shape, they held the upper body in the right place. The whole thing probably weighed 5kg so really not much especially when used with the rucksack.  Did I mention I used a fair amount of glue gun glue as well (attaching the bamboos to the body etc) Another good thing about the costume is that it was easy to get drinks (since it was hot), just lift up the clock and my arms are free.

As I was walking to town to take part in the carnival I stopped at my kids kindergarden to pick my kids up – some of the kids really couldn’t work it out, tilting their heads sideways trying to think of how it worked. There was also a guy who had just stepped out of the pub (after enjoying a long liquid lunch) who just stood there staring at me as I walked past, I think he really did think he had seen a headless body !

After the parade everybody gathered at the main stage and at 8pm they announced the winner from the various categories (family, school, kids, individual), this took about an hour as there were many categories. Then finally the individual adult category was last…… Amazingly I picked up first prize ! The prize was 2 nights hotel stay for 2 with massage, so worth around $250, we will go in the springtime.

I’m thinking up an idea for next year already. 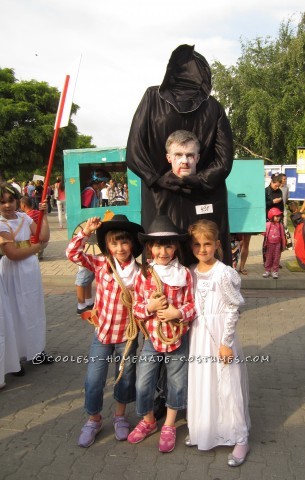 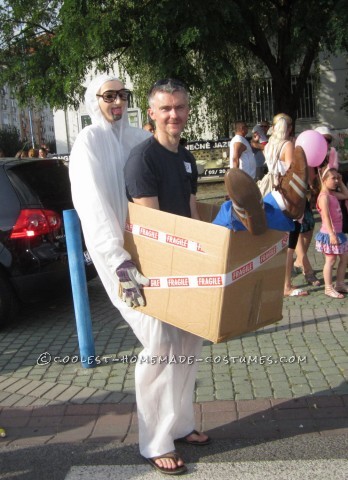