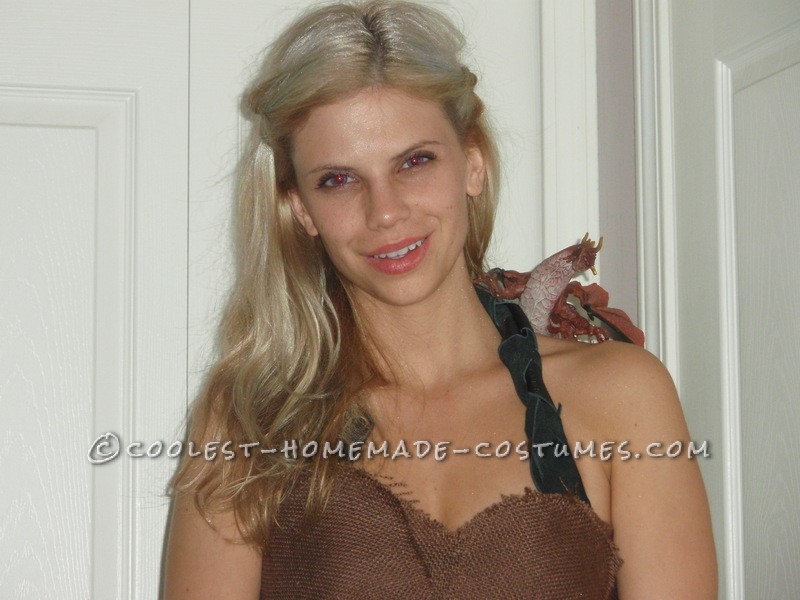 Even though I don’t own a sewing machine (yet), I’ve always preferred to create my own costumes. This past Halloween, I decided I wanted to dress as Daenerys from Game of Thrones. My story, like many others, started at a fabric store. I bought burlap, leather scraps and various other textured material. As a beginner sewer, I bought way too much material, and got started. Because the character’s outfit is relatively messy and haphazard, I happily used that method to create my costume.

I used an old mini skirt as a started point to attach other material. In the show, her clothing is dirty, so I mixed brown acrylic paint with water and brushed that on the green material so it would resemble dirt when dried. After attaching the green, I overlapped it with burlap panels. The final layer of material was the cream-colored faux leather. I wrapped it with gold lace (to resemble a coin waist bracelet) and a gold belt from a previous gypsy costume. Most of the “bottoms” were hand-sewed, but I must admit, there was a fair share of safety pins. I tied the brown leather scraps together and wrapped between my fingers, around my hands, and up my wrists for the gloves. Dark brown leather boots completed the bottom.

On to the “top”. Wow, burlap is scratchy and irritating to skin, but the appearance couldn’t be beat. I cut the sweetheart shape for the top and used folds to give it some depth and complexity. The back was safety pinned shut, but the pins were hidden by the burlap – whew! I braided the remaining leather straps and sewed the braid onto the burlap to create the halter. The dragon that Daenerys often has perched on her shoulder in the show was a toy ordered from Amazon and zip-tied onto the halter braid. I had dyed my hair a lighter blonde earlier in the month and then used silver spray to get it more platinum. Although it’s not obvious in the TV show, she has purple eyes in the book.

So I ordered and wore purple contacts. Our friends that knew the TV show were absolutely amazed. I had told some of them my plan so it was very satisfying to hear, “Wow, you really did it.” “You look incredible – what happened to your eyes, they’re purple!” It was also fun being called Khaleesi all night. The best were those who asked me where I bought the costume from because that just meant I hid the safety pins really well! I won best female costume at the party, but couldn’t accept as I was also the host. On to next year’s idea!

Thanks for the consideration! 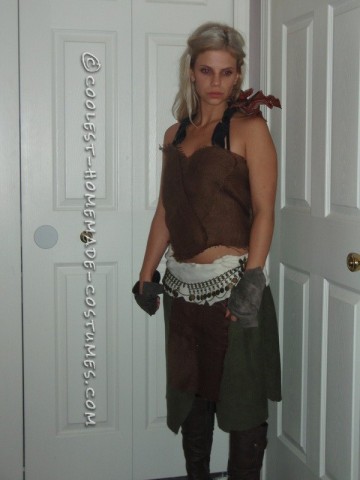 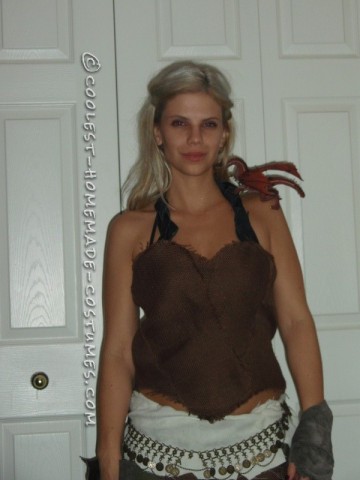 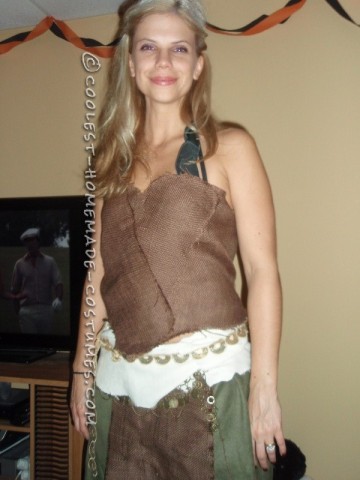 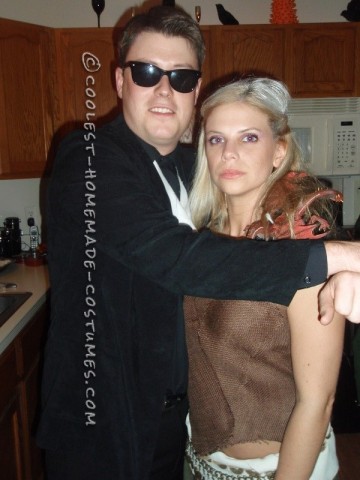 6 thoughts on “Cool Homemade Daenerys Costume from Game of Thrones”