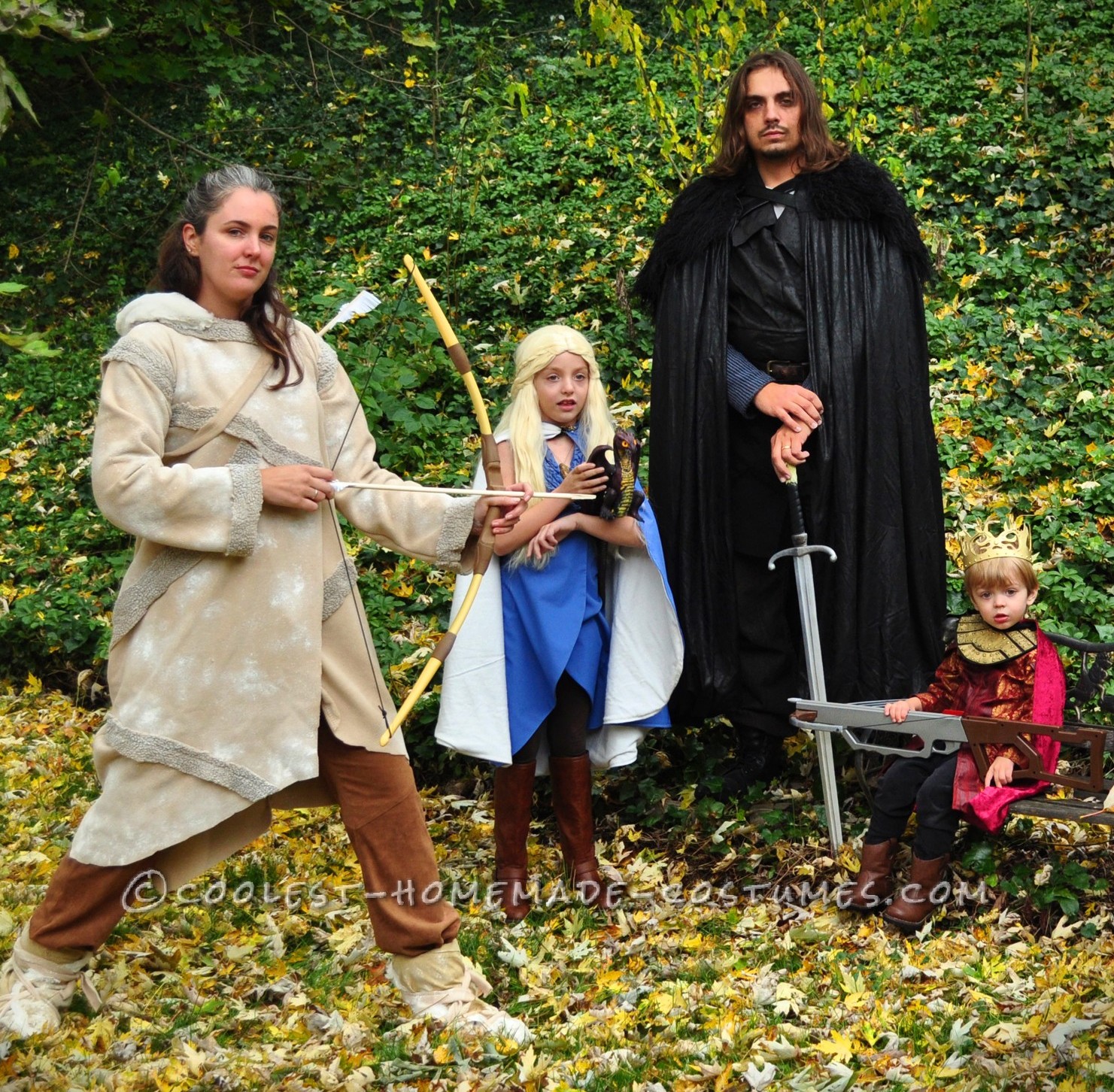 This year we decided on a Game of Thrones family costume for Halloween.

For Daenerys- My daughter doesn’t watch the show, but she is familiar with “The Mother of Dragons” from YouTube clips she’s seen of Daenerys, and she decided that she wanted to be her for Halloween. So I decided to make her the blue cape dress, since its colder where we are in the Northeast and I wanted her to be warm for trick or treating. I bought blue fabric, and white fleece to line the cape for warmth. I made my own pattern and sewed the dress and cape. I weaved braids and attached them to the dress to make it resemble Daenerys’. I also made the Dragon claw necklace out of Sculpey clay and put it on a chain. I bought her knee-high brown boots, and she wore brown pants underneath the dress. I attached the cape with Velcro as well as a brooch that I had and spray-painted gold to resemble the one Daenerys wears. She held a toy dragon.

For Joffrey – I decided to make my 2 year old son Joffrey Baratheon. I bought similar fabric to one of the tunics he wears on the show, made my own pattern and sewed him the tunic with faux leather trim. I made the neck armor out of foam sheets purchased at the craft store, added detail to it using a glue gun, and then spray painted pieces gold. I Velcroed it on to the tunic. I also sewed a cape out of crushed velvet, and attached it using elastic going over one shoulder similar to Joffrey on the show. I put black pants, and black turtleneck on him to wear underneath, as well as brown leather boots. I also bought him a small-sized crossbow.

For Ygritte, the Wildling-  I bought a beige fleece blanket, and used an old fleece Sherpa sweater to sew up her coat. I used the Sherpa and attached it similar to the way Ygritte’s is on the show. I then used white acrylic paint and a large paint brush and dry painted it to look like it was “snowy” looking. I used some beige suede material and wrapped it around my Ugg boots and tied it up with strips of fabrics to resemble Ygritte’s boots. I hot glued crevices to make it more secure. I also made a quiver out of some foam that I hot glued into a tube shape, and covered it in more suede material, and made a strap to carry it. I bought a bow, and made arrows out of wooden dowels, and felt fabric.

For Jon Snow- I ran out of time and decided to just buy this costume. I usually don’t like store bought costumes, but this one was great quality. My husband just wore black pants and boots. 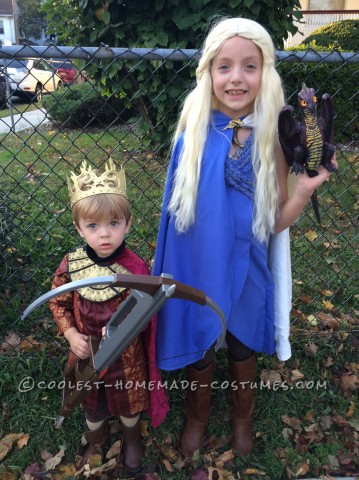 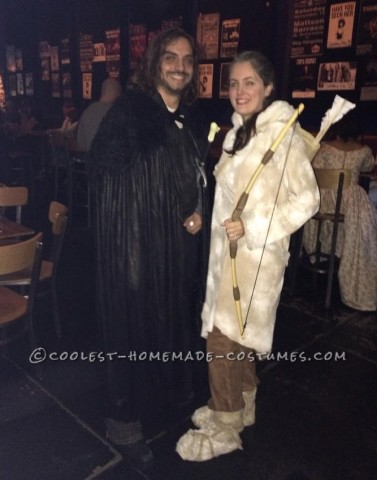