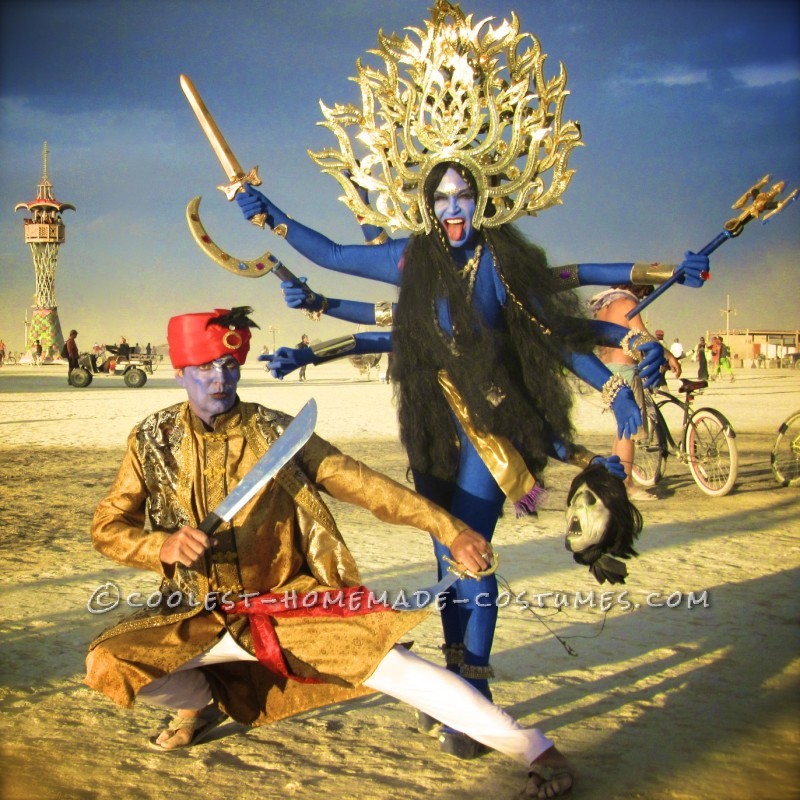 “Kali” is the Hindu Goddess of destruction and rebirth. She represents darkness, while her partner “Shiva” represents light. Without the dark, there can be no light. Kali also slays demons and the human ego. RAWR!  I decided on this costume because I wanted to learn more about the Hindu God stories and in honor of the Hindu Gods.

I detached 6 used bendable teen women’s mannequin arms from torsos and attached them to a square piece of wood which I covered in foam and then covered in blue fabric.  I screwed mounting brackets into the wood and attached the arms and secured with additional glue. I mounted backpack straps onto the wood which I also covered in blue fabric. I covered the arms with blue morph suit arms and bejeweled the arms and hands. Then I stuffed a demon head full of paper and spray painted and bejeweled various weapons which I attached to the hands with Velcro.  I spray painted a pair of my platform shoes blue and bejeweled them.  I sewed two witch wigs together to help cover the back and added a few braids with gold ribbon.  I wore a morph suit and painted my face blue, painting a gold 3rd eye and Hindu eye designs around my eyes, along with fake eyelashes and colored contacts. I ate a red, raw beet so my tongue would be red.  I bought a crown and bejeweled it.  I wore skulls around my waist and neck. Most of the items came from consignment stores.

I dressed and painted up my husband as Shiva, making his red headdress, so he could be my accessory!  lol  ;)  I wore this costume at the Burning Man festival.

It was funny when people would approach me and try to shake one of my fake hands.  The hard part was movement and not being able to use the restroom for 4-5 hours…..but oh, so worth it.  :) 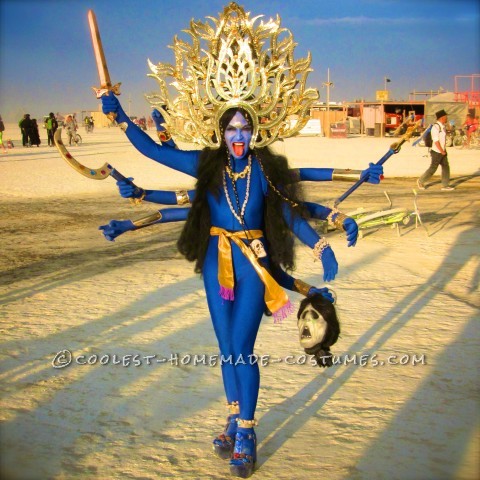 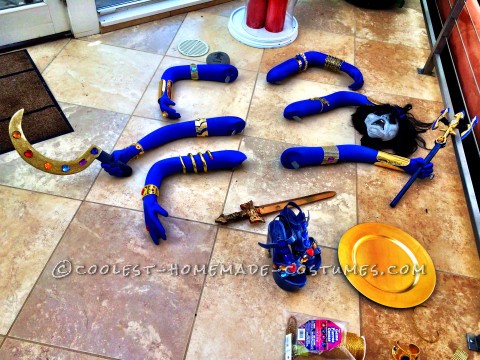