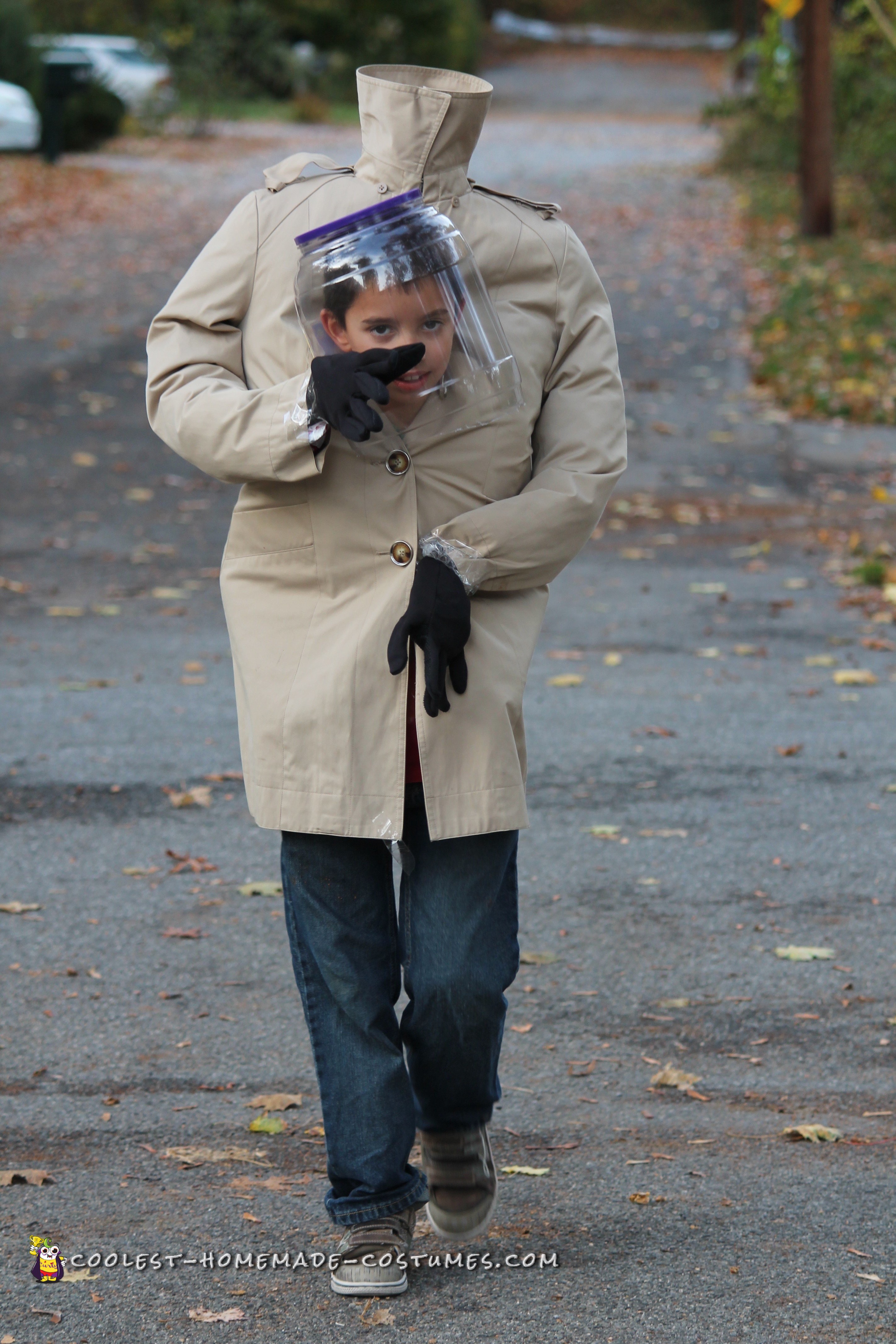 My son wanted to create his own costume this year and be a headless man. We initially discouraged his idea as it seemed too scarey and dangerous to walk around not being able to see well out of the costume. That’s were the idea to have him hold his own head came from Then after some brain storming, internet searches and scavenger hunt around the house for supplies, the costume was born. The only purchased part of the costume was the cheese ball container we used around his head.. (Ugh, now I’m stuck snacking on cheese balls forever).

2. Stuff the arms of the trench coat with plastic bags.

3. Put a piece of cardboard between the coat and backpack to help keep the shape of the headless man.

4. Stuff more platic bags into the shoulders and neck of the coat. Use a pin to keep the colar of the trench shut.

5. Cut out the bottom of a large pretzle or cheese ball container. Then cut out a semicircle shape for the neck.

6. Stuff gloves with plastic bag for shape and attach to the sleave of the coat with packing tape.

7. Finally tape one arm to the plastic container and another to the side of the body.

The costume attracted lots of attention at the school parade and scared some younger trick-or-treaters. One young girl said in a frightned voice, “I just don’t get it! Where is his head!”. When standing behing him, it was quite scary in the dark night on Halloween. Overall it was a great experience making this costume and was a big hit with friends and family. I would highly recommend trying this out next year.