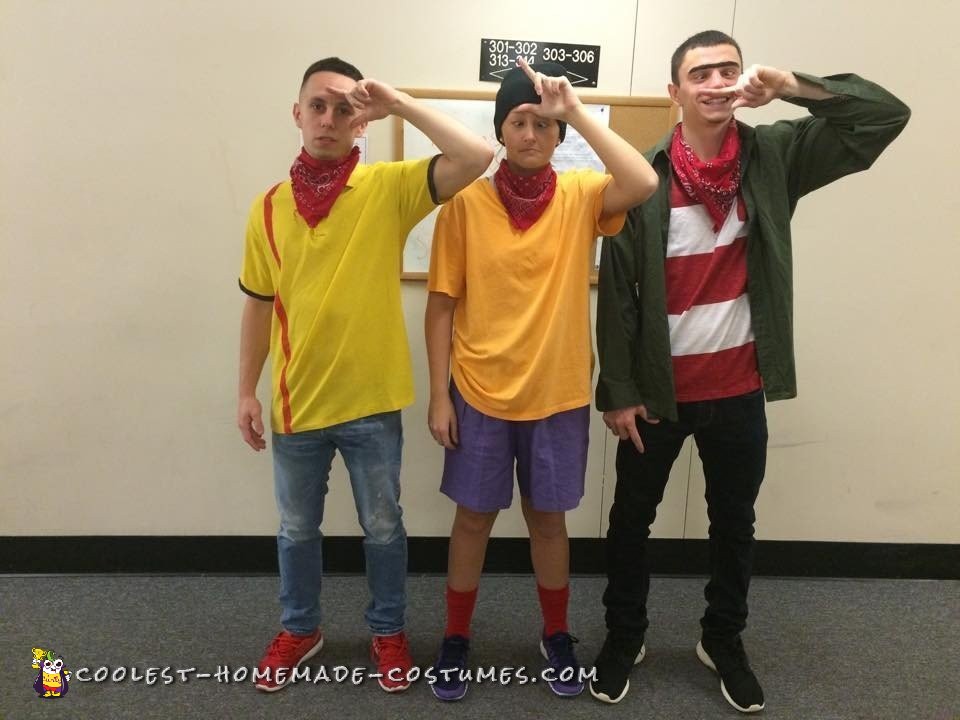 The bulk of the time spent on the Ed, Edd, and Eddy costume was at a thrift store! There was not much work that had to be put into the clothing after we found the perfect items.

Ed: Yellow polo was painted with red fabric paint to create the stripe down the side. Sleeves were colored with black fabric marker along the cuffs. A red bandana was bought at a craft store. Jeans and red shoes were previously owned.

This costume got a lot of laughs throughout the night! It is very unique, I have ever seen anyone else do this, so you will be the only one with the costume at the party or trick-or-treating. Good luck thrift shopping!

Cool Inside Out Costumes: Sadness and Anger