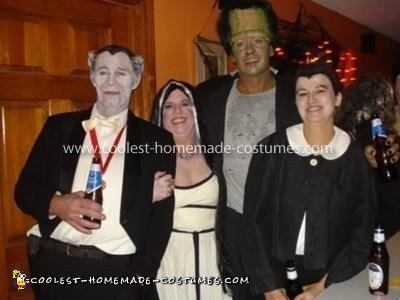 I’m crazy about Halloween and have a huge themed party every year. This year we decided on the Homemade Munsters Group Costume : Herman, Lilli, Eddy and Grandpa. For Herman’s flat head, I used plaster of paris and an old Easter basket and molded them to my husband’s head. Modeling putty and green dye took care of the rest. To make him tall and awkward, I took 2 4″ x 6″ blocks, shaped them to his work boots and nailed them on. This was surprisingly effective if a little unsteady! A too small suit and padded tee shirt made up the rest of his costume.

For Lilli, I used a Salvation Army wedding dress, deconstructed it and added rickrack. The cape was part of the wedding dress. For Grandpa, the Salvation Army again supplied the suit and the medallian. Eddy’s outfit was faily easy except for finding the right jacket. Make up really made the outfits, especailly Herman.

We won first prize at the local bar and had a splendid time! 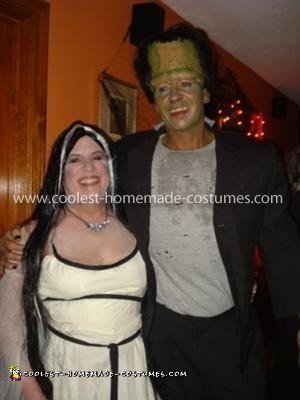 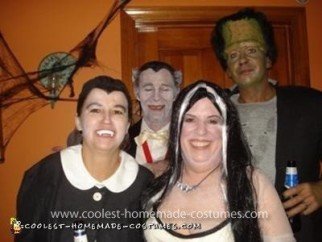 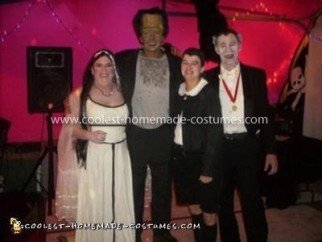 Best Pee-Wee Herman Resemblance Ever! Not a Costume to Say!