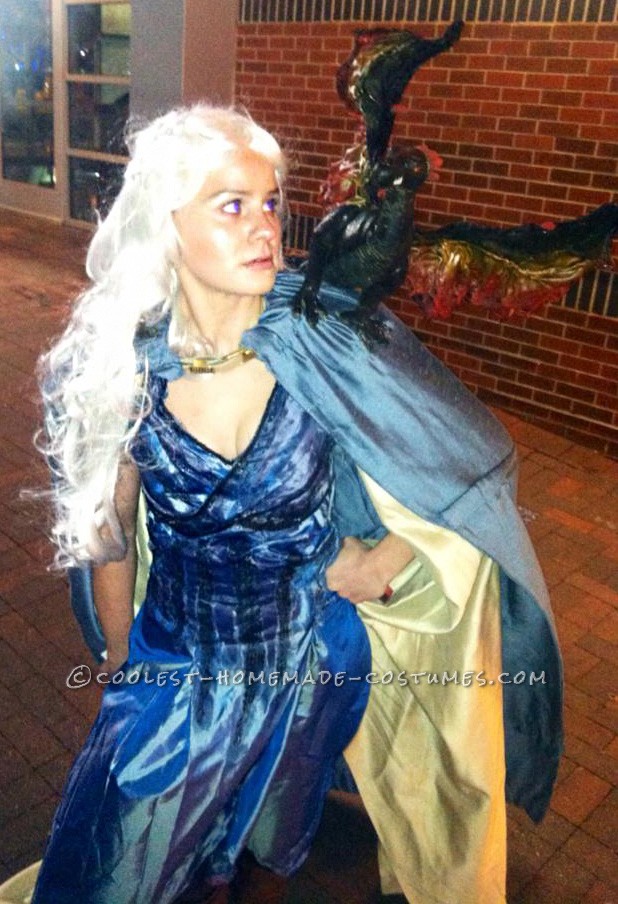 I love Game of Thrones, and my favorite character is obvious.

2. Cut and pinned it to the dress form that’s around my size, cutting and sewing it to match the photo I was looking at. I sewed it/hot glued it all together to make the dress; no pattern. I know basic knowledge of sewing, but since this only had to hold up for one night, I kept it to simple stitching and hot glue.

3. I actually tried to copy the embroidery patterns of the actual lady on facebook who does it for the show, but instead of sewing on the lace, I actually mod podged it on in similar patterns (it was the closest thing I found to make it look similar without having to do complicated embroidery). The mod podge also made the dress hard and corset-like, which was helpful.

4. The different color streaks are from the streaks of mod podge I pasted on.

5. I had a roll of black lace and mod podge on hand from previous crafts.

1. The cape is made from two sets of old curtains and a mens belt from the thrift store I sewed together (made sure the belt had an awesome buckle on it that looked medieval like), two creme color on the backside, and two blue underneath. It was also material that was similar to her cape in the show.

2. I don’t have a picture of it, but I made makeshift shoulder straps/shoulder pads with an oversized bra (also from the thrift store) to hold the cape on (it still had tags on!) . I just sewed/glued the bra cups on the upper part of the cape, so I could slip my arms through the straps backwards, so the cups sat on my shoulders, behind my neck perfectly like a backpack, keeping the cape in place. Also, because they were curtains, there was already a slot (where you put the curtain rod) to slip the belt around my neck to secure it on (it was a heavy cape, but perfect for the cold weather)

3. I attached my “shoulder strap” to the cape with lots of hot glue and some hand stitching (hot glue is my costume-making best friend).

4. I sewed, hot glued and hand stitched everything together; like I said, no real pattern besides looking from a picture.

1. I got the base of the dragon off of amazon.  I liked it because it was posable (and had strong wire in it), and made of cloth material (good for painting on).

2. Drogon one of the main dragons on the show, so I wanted to portray him. He is black and red.

3. I actually bought two dragons because I wanted to make one really big dragon. I cut off the wings and the tail, completely dismantling the inner wiring to use and make a bigger dragon. I attached the second wiring and tail to the first dragon and was able to make it long enough to perch and stay on my shoulder, with a posable tail around my neck like a necklace.  I sewed and glued it all together piece by piece. I also attached the second set of wings to make them twice as big.

Two small dragons= one BIG dragon. (you can see the before picture of the dragon in one of the photos when it was green & small)

4.  I had black, red, gold paint on hand, and went to town painting this dragon to match.

The boots are just some I had in the closet.  I also put on brown leggings under everything.

1. I purchased the wig off of amazon, it was just a basic long white wig.

2. I styled it myself with some hot glue to keep it in place, and braided it. Since it’s made of a plastic material, hot glue works really well with keeping wig hair styles in place. 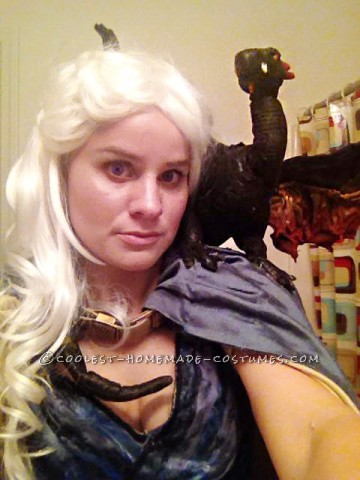 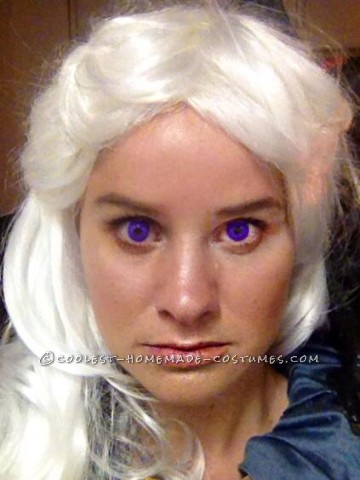 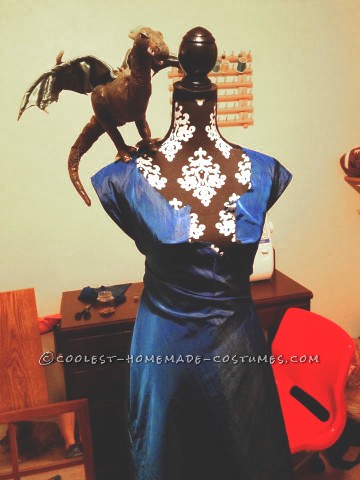 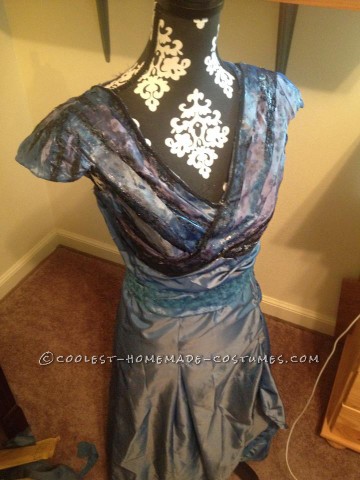 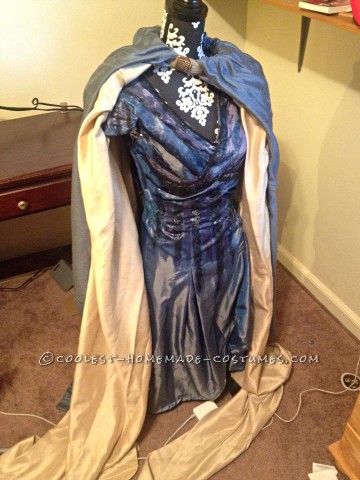 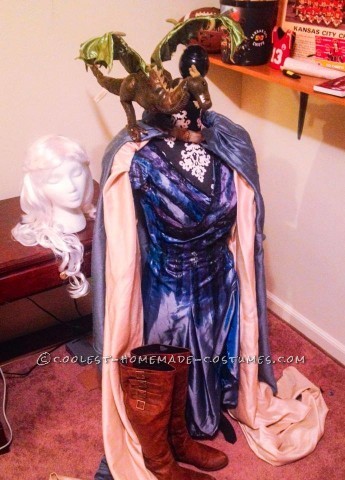