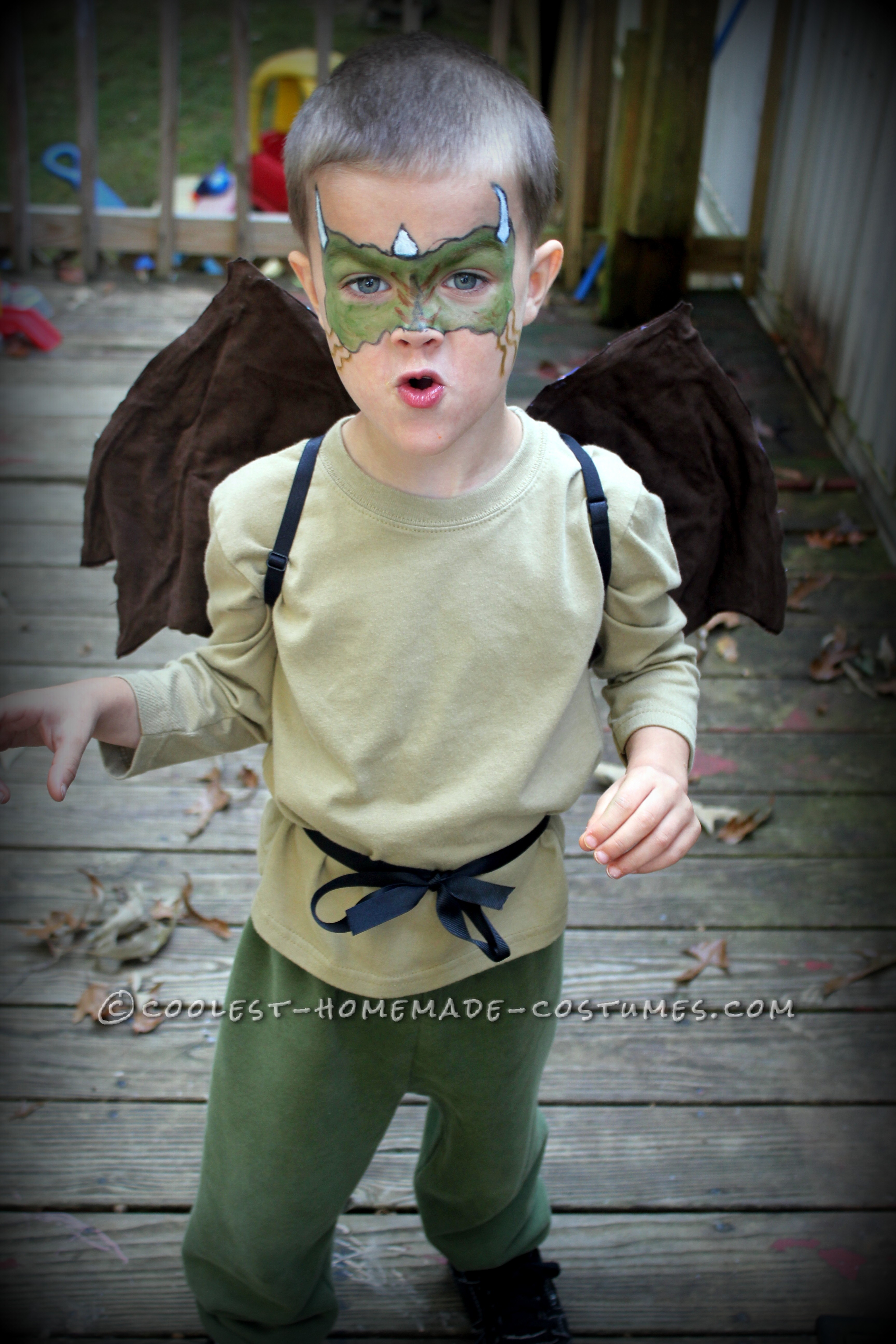 This is a great costume for a young boy or girl who enjoys dragons! My son is in Pre-K and they had a book report due in a week. They had to choose their favorite book, create a poster board about it and dress up like a character from the story. Well leave it up to my child to pick “Flight of the Last Dragon.” I thought to myself, how in the world am I going to make you a dragon? I did some research online and found a few helpful tips on creating wings. I took a bunch of random information and improvised.

I started with the wings. I already had dark brown suede materials left over from a previous project so I used it. I took one of my son’s shirts and used it as a guideline on how big to make the wings. I used a marker and traced a wing like shape and cut it out. I had the material folded in half so I would have two pieces. I then took thin wire and a wire coat hanger and pined them onto the edges of the material as well as the inside of the wings for support. I only placed the wire hanger across the middle to keep the wings in place and bent outward. I hot glued the wires down one at a time until it seemed sturdy enough. I used a lot of glue! Then I placed the identical piece of fabric over the top and glued it together. My son is too young to be embarrassed by this, but I took two adjustable, black bra straps that went to a strapless bra and sewed them onto the wings for straps. It worked great!

The next step was to create a tail. I went to a fabric store and found a yard of material that was the perfect color and it was on sale for only 64 cents! I cut the material and sewed it into a cone shape. I stuffed it with blanket/pillow stuffing I had purchased a while back to make some pillows. I cut out a circle and sewed it to the open end so the tail would lay flat against my son and be easy to wear. I then took left over scraps from the brown material and made spikes to sew on the tail. I made them in a few different sizes and put just a touch of the filling into each one. I bought black ribbon for his poster board so I decided to use it to attach his tail. I cut a hole in each side of the wider end and ran a piece of ribbon through it. It just tied around his waist.

I topped off the look by painting his face to look like a dragon! He loved it so much that he wore it for Halloween and ended wearing it to a local kids costume contest and won “Scariest Costume.” Now that Halloween and his book report is over he wears it around the house to play make believe. 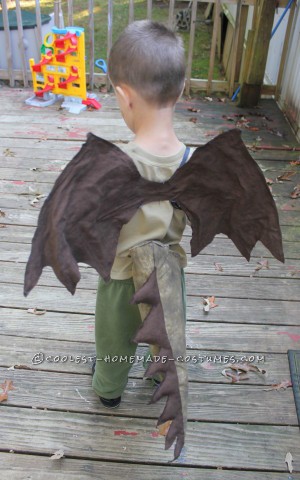 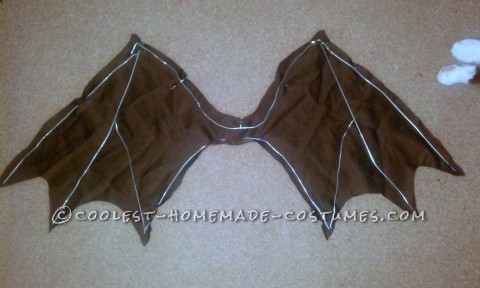 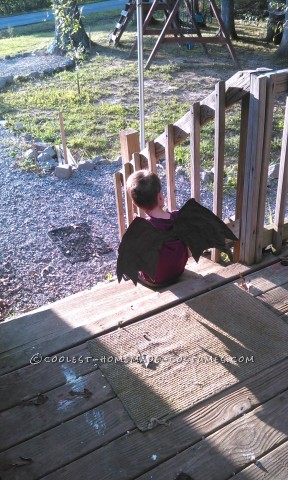 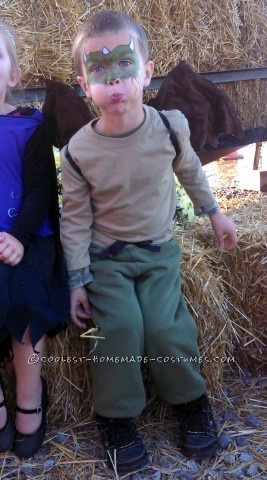 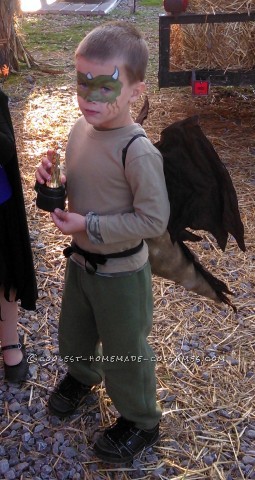 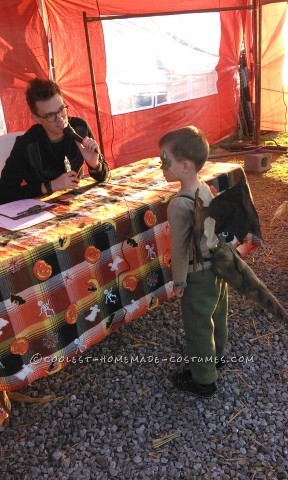