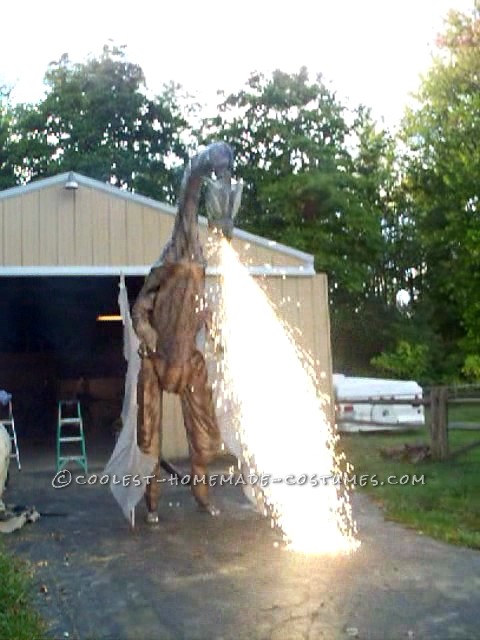 This fire breathing dragon costume may very well be the tallest costume in America if not the world, standing an astonishing 18 feet tall, with a wingspan of about 18 feet as well, a ten foot long tail which functions like a real tail for counter balance. I’m on stilts and have indoor pyrotechnics in it’s snout for a fire breathing attack. 4 shots of pyro in it’s nose, 2 additional shots on the tips of it wings (1 on each), the head is hinged for moving action and lighted eyes. It has over 100 spikes from it’s head to the tip of it’s tail. It took several months to build and has won many contests including Regis and Kelly in 2005, it has accumulated over $15000.00 since it’s creation, the reaction is awesome, has even been deemed by other costume contesters as a “category killer”.

After I had seen the mask years before I decided to build a costume to fit it as it is very large. I came up with it after a fellow costumer asked what I was gonna do next year after building and winning with my other costume “The Bat” without hesitation I stated “how bout a Dragon ?” without even a clue on how to do it, but being a man of my word I had to stay the course, lol.

It took several  months to design and build but came out very nice, it requires a team of people, at least 4 to carry it and help putting on which takes about 10 mins.

Everyone who sees it is amazed and tries to take pics with it, however because it is so large it is hard to get the entire costume into a picture frame, so, many of the pics taken are of different parts of the costume usually the head. 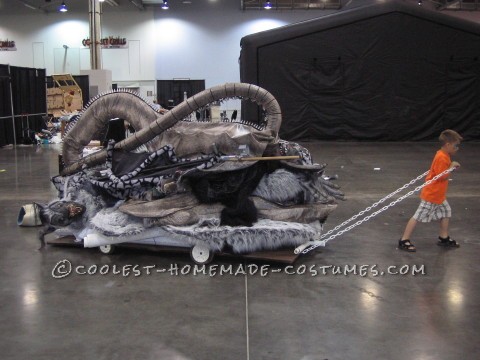 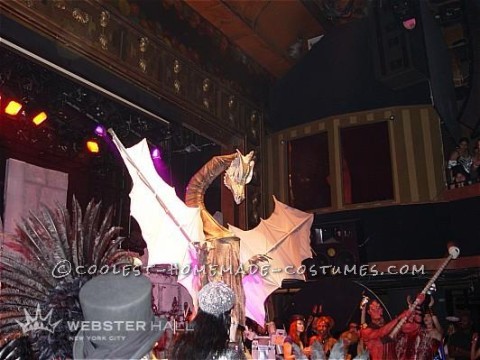 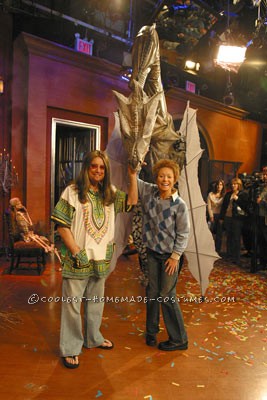 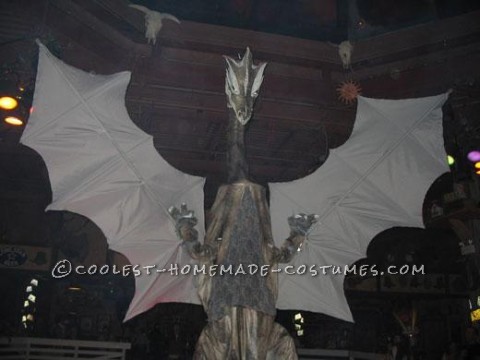 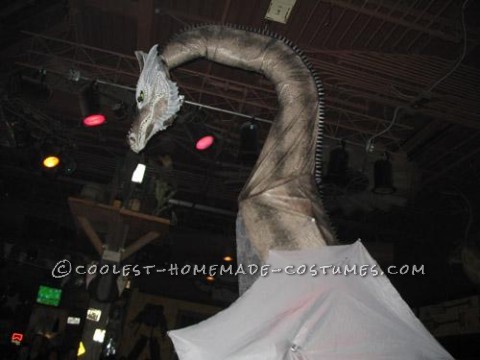 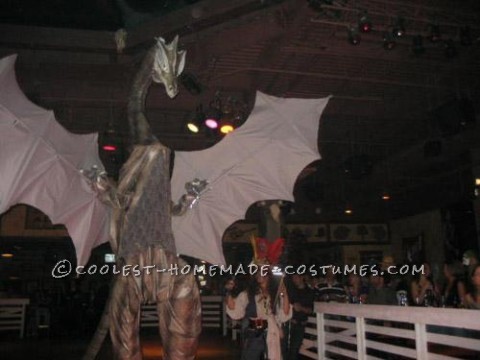 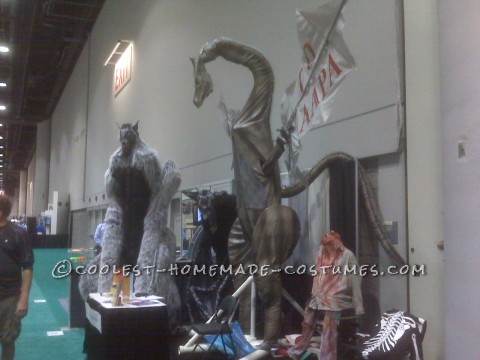 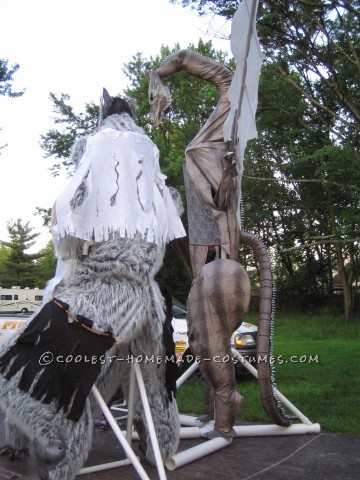 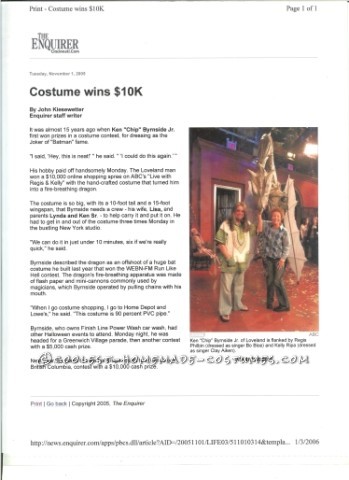