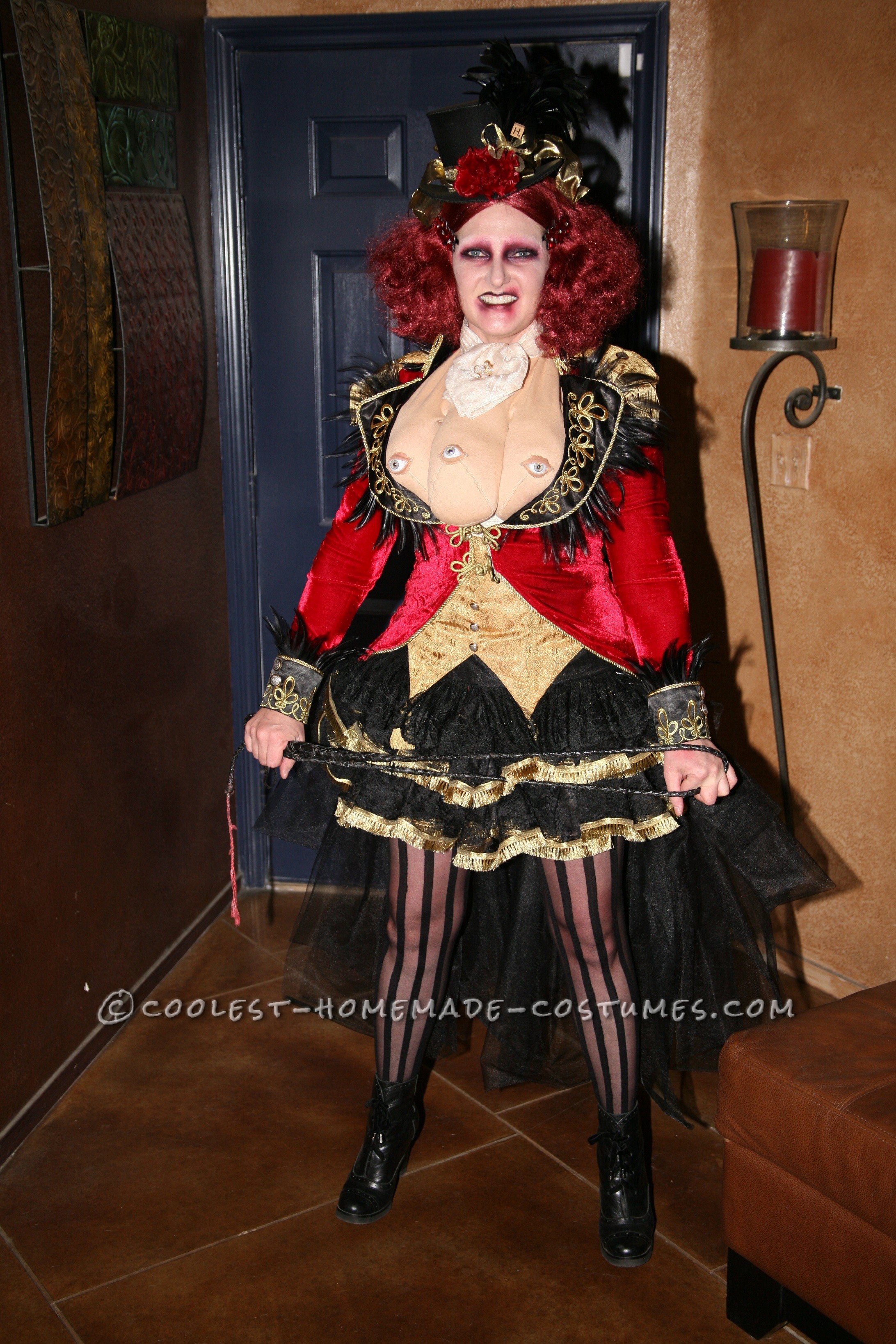 This was a last minute costume. I had no idea what to do this year and was meeting with friends two weeks before Halloween and no one was motivated yet. One friend said her husband wanted to be a bearded lady before he cut his beard off, so we were on a mission to be circus freaks. They gave me ring master, but that wasn’t very freakish, so I said only if I could be a three-breasted ring master. I figured that wouldn’t be hard with Jasmine Tridevil in the headlines and American Horror Story: Freak Show already premiered and in it’s new season.

I bought a pre-made costume that I embellished: added new buttons, frog closures, feather trim at the cuff, collar and lapels. I also added gold metallic fringe and wired ribbon at the tiered skirt. I added tassels to the points on the vest. I bought a plain top hat and embellished that with feathers and gold wired ribbon. I added a black bustle underneath for volume. But finding a three-breasted accessory proved harder than I thought. I decided to made a pattern, similar to a halter and found doll skin fabric online. I was going to add pasties with tassels for modesty coverage, but thought eyeballs might add a creepier effect. I found doll eyes, glued them on and made eyelids from the same fabric, dyed slightly darker. I stuffed them with weighted beads, then poly-fil.

The eyes were my favorite accessory, next to my strong man with a parasitic twin! You gotta love a man that will let you crazy glue a baby to his belly. I made an ascot out of organza to conceal the neck and halter area. I took a ratty old wig and gave it a haircut. I liked the Mad Hatter feel it gave. Then I decided on Marilyn Manson-esque makeup for that no eyebrow, creepy feel. Our group ended up adding a creepy clown, bearded lady, and two-headed girl for good measure. I won best overall costume, and we also won best group. Sadly, I have no pictures of us as a group. 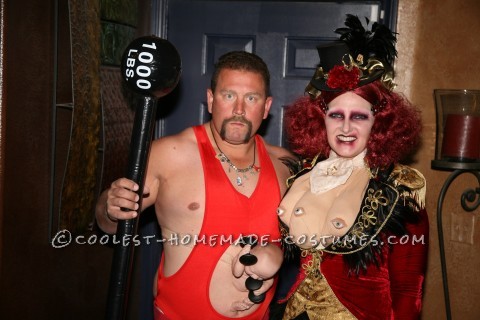 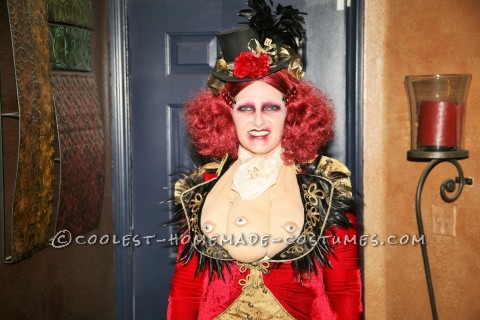