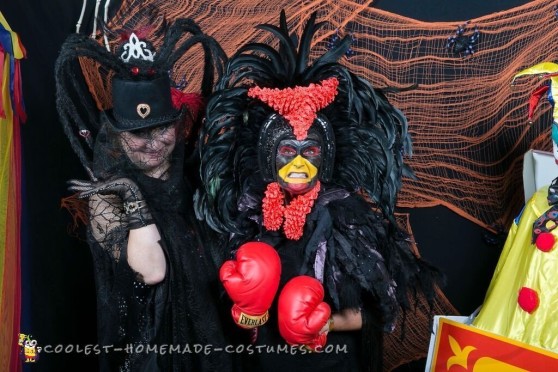 Each year I have a big Halloween costume party. This year, the theme was Freak Show. I wanted to have something freaky, but not the typical tatooed woman. I bought a feathered cape on line and was thinking about being a raven. Saw a cheap black lace dress with fringe at a discount store and added … Read more 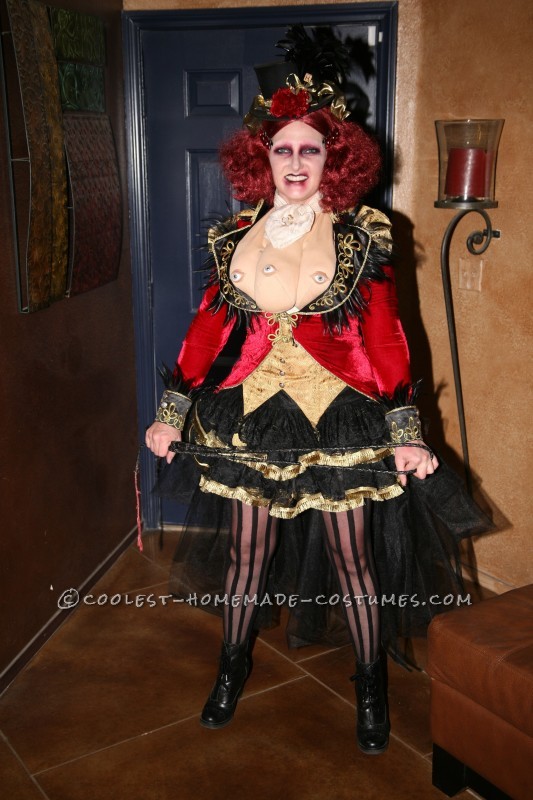 This was a last minute costume. I had no idea what to do this year and was meeting with friends two weeks before Halloween and no one was motivated yet. One friend said her husband wanted to be a bearded lady before he cut his beard off, so we were on a mission to be … Read more 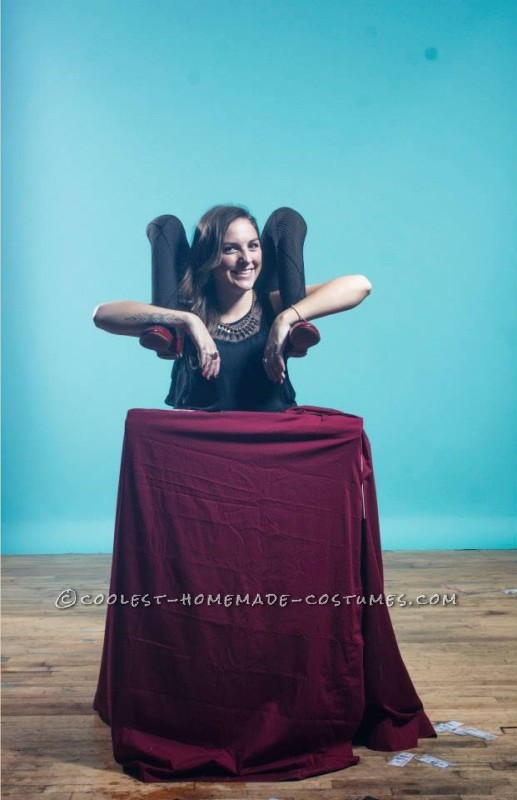 I wanted to create a costume that was an optical illusion. I searched many ideas on Google when I came up with the idea to be a Contortionist. Creating the costume was a lot of trial and error. I started on a Monday and created a set of legs in one night! I was very … Read more 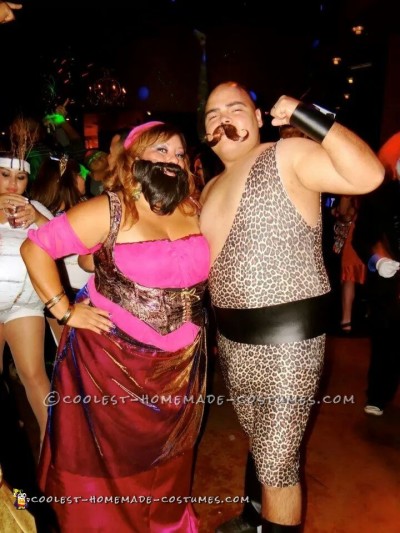 I hand made every piece of both Circus Freaks costumes. I am no professional but trial and error works for me. More than anything, i was surprised that my husband agreed to walk around in leopard print lycra :) we used 2 thick balloons for each side and a pvc pipe to make the barbell. We … Read more 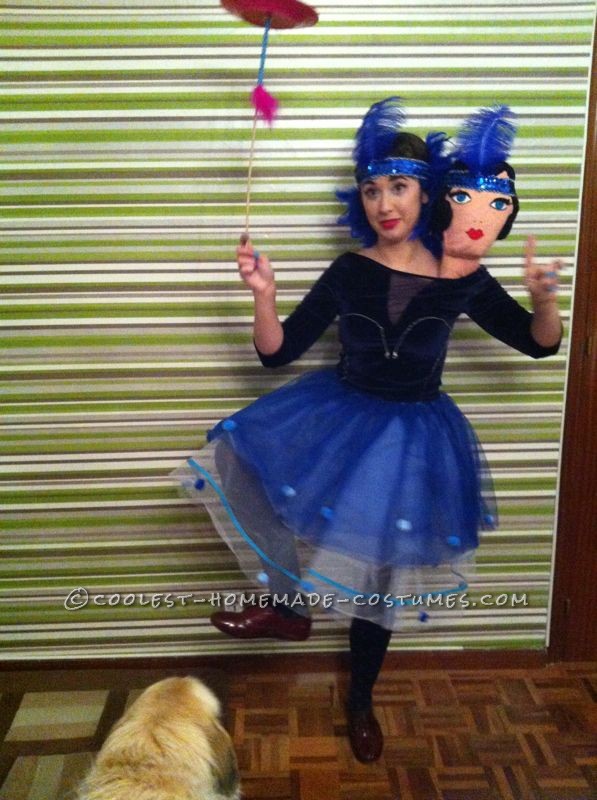 My suit was part of a group costume, every friend dressed as a character from the circus. There was the bearded lady, the strong man, the clown, the lion tamer, the Witch, and finally the two-headed woman. All the characters were fun and original. The witch had a crystal ball to guess the future, lion … Read more 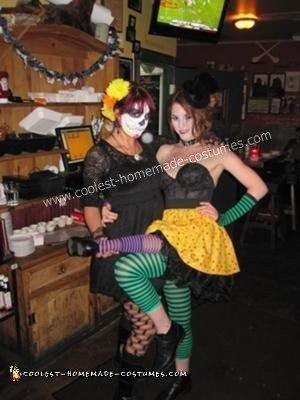 I have this fascination with Circus Side Shows, so I decided to go as a Three-legged Side Show performer. I made the skirt from cute polka dot material, wore a vintage bustier, some mis-matched tights, painted my face white with pink cheeks, and topped it all off with a glittery little top hat. I made … Read more