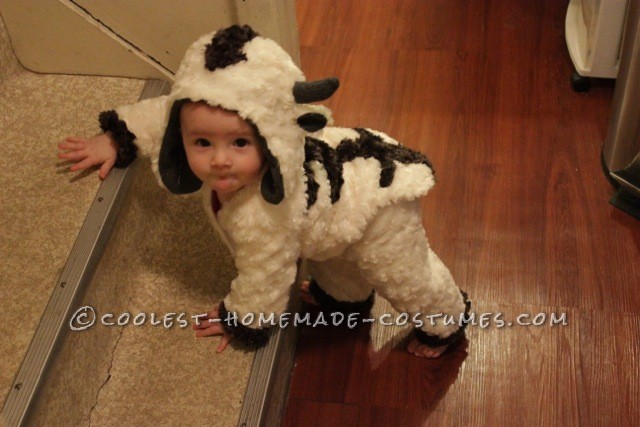 I learned about Avatar the Last Airbender (The series, NOT the movie) from my husband when we was first married, we actually watched a lot of it on our honeymoon.  I fell in love with the story, the characters, and the world of the Avatar. When we found out we were pregnant and that our baby would be about 8 months old for Halloween, we decided that our baby weather a boy or girl would be Avatar Aang. Our little girl was born in February, with a head full of dark black hair. She couldn’t be the Avatar.

In June I decided that for my husbands birthday I would make him an Appa hat for his birthday.  I bought the material and the pattern and made him a hat.  I had so much extra material I decided our little girl needed an Appa hat too. After her hat was done and I tried it on her for the first time her Halloween costume was decided!  She was going to be Baby Appa!

After that I started working on a pattern for this most epic of baby costumes!  I’m not great at sewing so zippers and buttonholes were out of the question, so I decided on a kimono type jacket.  Of course it had to have a tail and matching pants so I got to work. With the pattern made out of a brown paper bag and some of her 9 month clothes, for sizing, the costume began to become a real thing. Cutting the furry material was a huge mess; I had cream fur all over the house for about a week.

The costume came together much faster than I thought I would. Everything I had planned out in my head actually worked!! By the end of September the Baby Appa costume was finished, not only was it finished but it also fit her!!

We took her to several parties and she was the highlight of all of them!  Normally she is amazingly cute, but with the Appa costume the cuteness factor was through the roof!   At a party of adults where she was the only baby she won the costume contest hands down! I think everyone but me voted for her costume!!  Everyone wanted to hold her and get her to smile at them, and she obliged everyone willingly. When she would crawl across the floor people would comment on Baby Appa off to find food and how adorable it was.

When people found out I made the costume they asked me where they could get the pattern for one, I told them I made that up too.  Several people decided that they would have a Baby Appa costume for their kids too!  I couldn’t have asked for a better costume for my first baby girl’s first Halloween!!  Now the world of Avatar Aang feel that much closer to my own world and I couldn’t be happier! 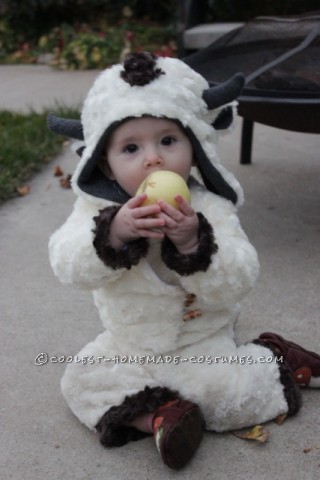 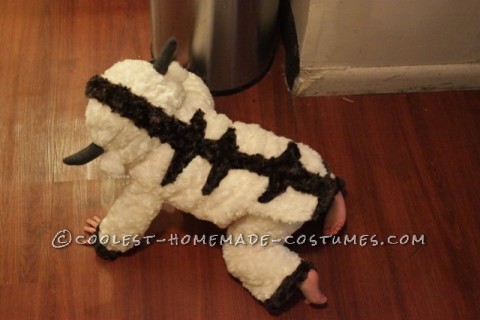 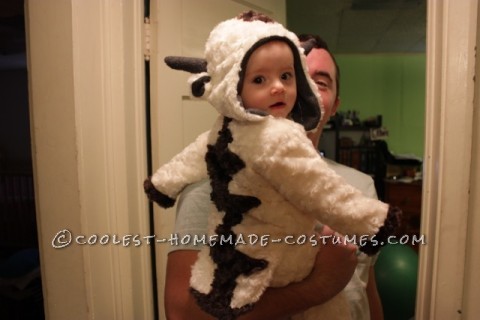