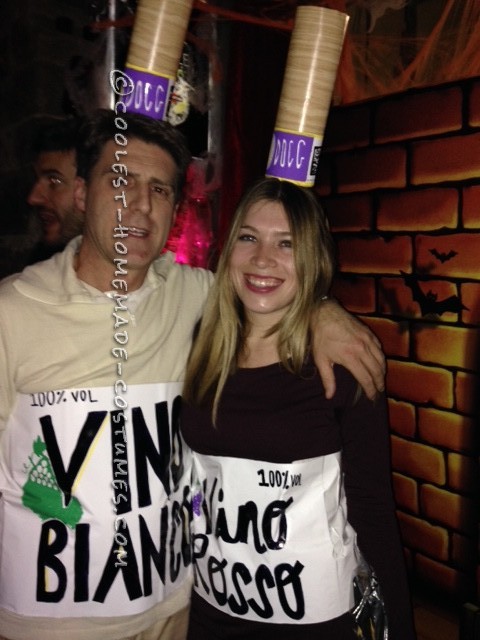 I recently moved from California to the beautiful Tuscany Italy and it was my first year celebrating halloween in another country. As an American, I obviously love dressing up for halloween and I also have so much fun making costumes that are surprising, creative, and homemade. Halloween is not really popular in Italy but a lot of little kids dress up. Some young adults dress up too (20’s, 30’s) but not much. In Florence, my saving grace is that there are a lot of Americans, so I knew that at least a few people would dress up. I decided to make wine bottle costumes and thought hard about how I could make the cork for mine and my boyfriend’s head because we were going to be Red Wine and White Wine. In California, the supplies would have been so easy to find and I would have known exactly where to go. However, it was not as easy as a task here. I was able to find a store similar to home depot and found a long foam tube and some adhesive paper. I was lucky enough to find an adhesive paper which resembled cork so I used that to cover the foam for the cork. We got headbands and markers and dug through our clothes to muster a full red wine colored ensemble for myself and white for my boyfriend. Italian wine has a wine classification DOCG so all wine bottles with that classification have the stickers around the base of the neck of the bottle so I did my best to replicate that label with pain markers. The best part of going out in those costumes was that we completely shocked everyone in town. The Italians laughed so hard when they saw us and told us we did a great job and the Americans high-fived us and said the same. I think that we really impacted people because we may have inspired some Italians to dress up more next year and we made the Americans feel more at home for Halloween. It was also the first halloween my boyfriend (who is from Florence) ever experienced and he had a blast. 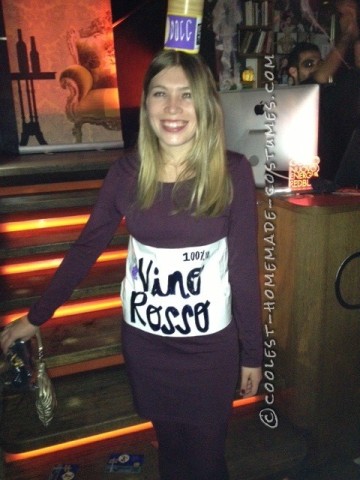