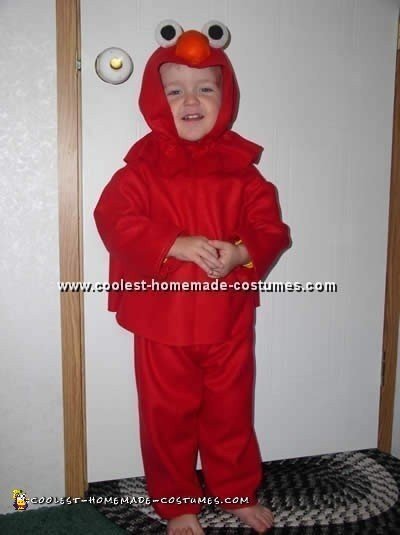 This Elmo costume was made from a pattern that I used last year for my little man’s skeleton costume. It is a Simplicity pattern # 4467. The pattern comes with 4 different costumes in it. I used the one for the skeleton.

It took about 2 hours to complete from the cutting out of the fabric to gluing the eyes and nose on. I had fun making it and my son loved being Elmo for Halloween this year.

Costume by Melissa B., Clio, MI