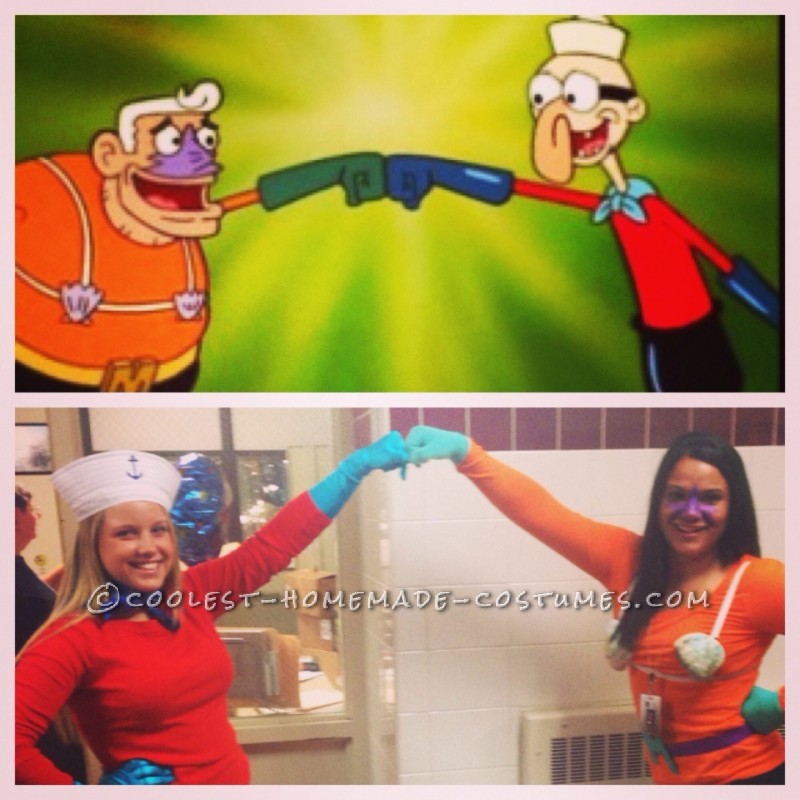 We made it really simple and easy. We got gloves shirts hats tights shorts sea shells and elastic. We used make up for the face and it was for school so we were restricted on some things but overall we got plenty of compliments. We had so much fun with it. If we were allowed to wear mask we would have worn a mask for Barnacle Boy, but we weren’t allowed. We also were somewhat restricted with the shoes, so the slippers weren’t the best.

We won our contest at school because they thought it was creative. We also were going to wear a wing for Mermaid Man, but were unable to because of school not being able to know who we were, which I didn’t really understand but, hey Catholic school problems. It overall was a  cute costume and if you try, you can make it sexier  if an adult wanted to wear it for a party. 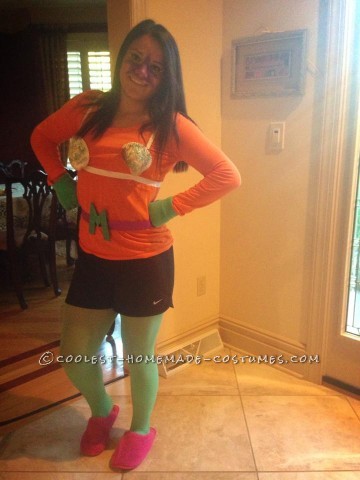