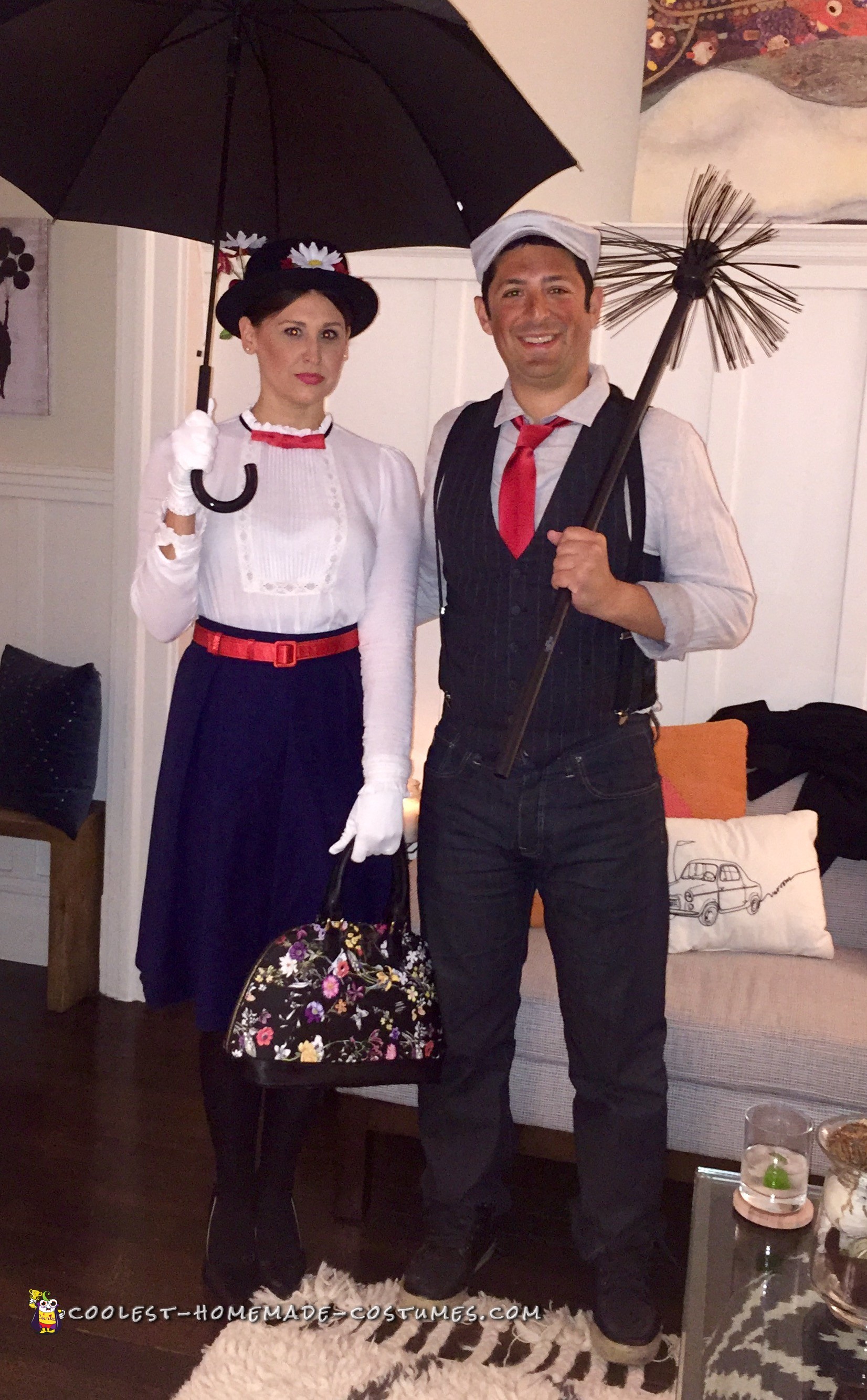 I’m a bit (okay a lot) obsessed with Halloween and DIY costumes and I love couple costumes. I started prepping these in early September. :)

I attached the bow tie to the blouse. Then, I hot glued a few red plastic cherries, some leaves, and white and red little flowers to the hat. I topped the look off with a large black umbrella, of course.

For the chimney sweep costume we found the black suspenders, dark gray vest, red tie, and gray newsboy cap online and at some local thrift stores. I also painted a little dirt on his face using some makeup. We completed the look with a chimney broom prop (which snapped in half pretty much the second we got to the party…)

We had so much fun putting these homemade couple costumes together that we ended up wearing them twice. The couple costumes were a hit and we ended up entering and winning the costume contest at the Halloween party we went to (at a bar in San Francisco)! Unfortunately they didn’t give out any prizes for our couple costumes, even for winning first place! :-/ But at least we won some bragging rights for the night. :) I was also nominated in my office costume contest (out of an office of basically a thousand people). While I did not win that one, I did make it into the finals!

With these homemade couple costumes, it was definitely a Halloween to remember! You can take a look at some more of the coolest couple costumes here…