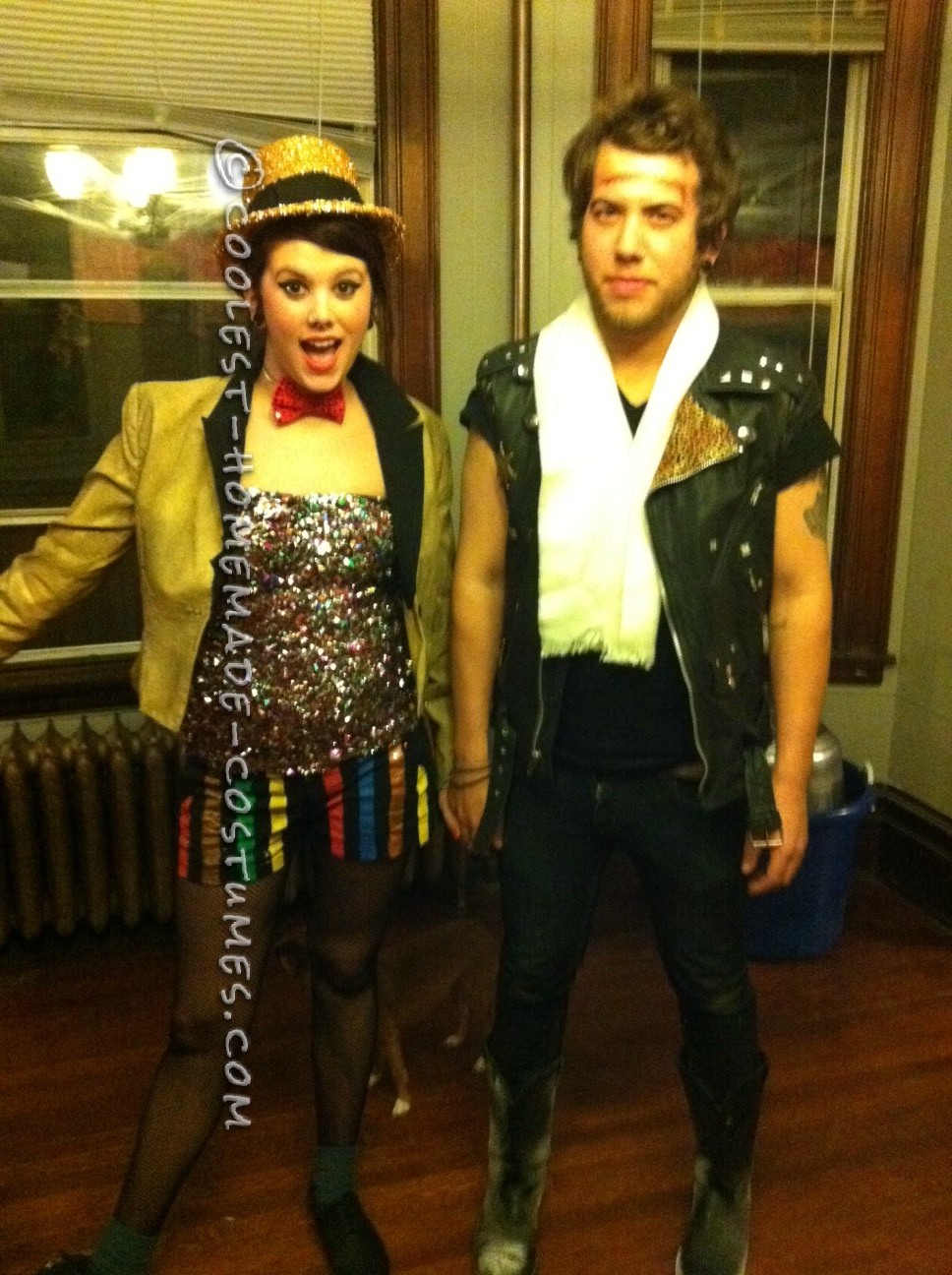 As a couple we LOVE Halloween and we go all out when we have a party. We’re watching Rocky Horror one night and we decided we had to be a couple form the movie! We wanted to go a little of beat so we decided on Columbia and Eddie because of their weird love! we had already had hot patootie memorized and the time warp!

The actual making of the costumes was not too hard, for Columbia: a tube top covered in spray glue and confetti (which was a tad itchy), black shorts painted with fabric paint, costume store bow tie (could be easily made), bought and cut up a blazer and spray painted it gold, the hat was bought and I had already had blue socks and lil loafers! For Eddies: we bought a beat up leather jacket and cut the sleeves off, sewed on the leopard print and wrote on the back with a paint marker, we used pins and chains as decorations, beat up jeans, a white scarf and black boots covered in spray snow for the frozen effect and lastly the cut on his head was done with costume silicone and fake blood.

We had many different reactions, lots of people knew who my fiance was or they thought he was some sort of greaser for me on the other hand I got things like ‘ are you a magician?’ ‘ are you a circus conductor?’ Some people just don’t know good movies apparently! We had fun and defiantly plan to bring out these costumes again in the future! 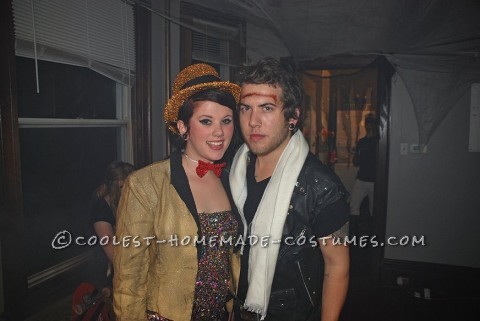 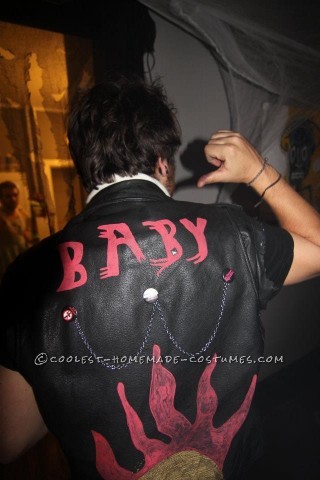 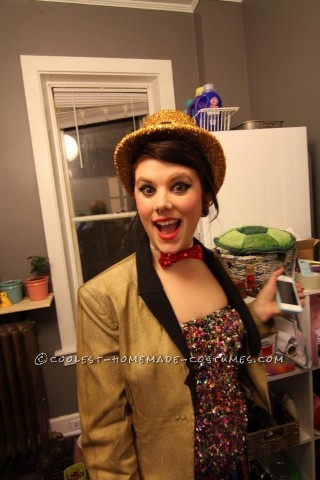 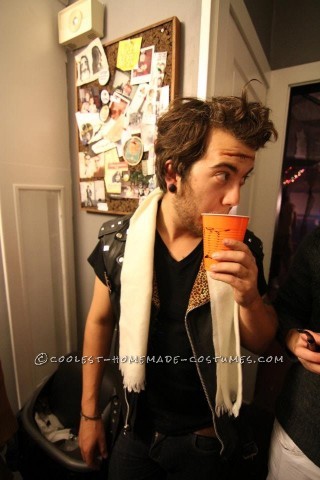 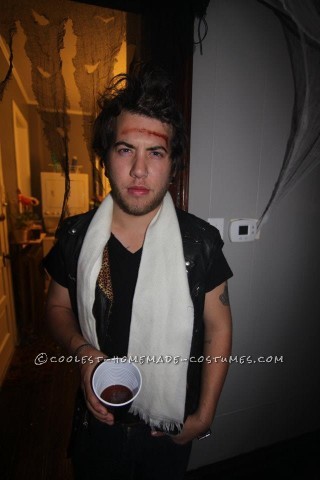