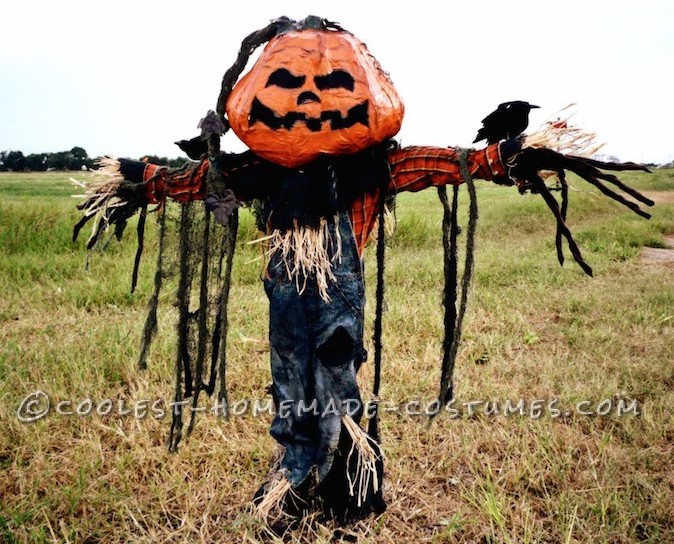 I made this pumpkin patch scarecrow costume for my five year old son Reid Garcia.  My husband has a scarecrow costume from a previous year, and he plans to wear it again this year. Reid is so passionate about Halloween that we decided we would all be scarecrows.

To create my son’s costume I began with four key pieces that I bought from the Thrift store, overalls, a plaid long sleeve shirt, brown boots and a plastic pumpkin Halloween decoration.

The second step was to create the pumpkin head.

Overall this project costs me under $25 dollars and total time of 4 weeks to make.

I had a chance to see how people responded to the costume by taking my son to a local fall festival.  There was request after request to take photos with him.  Kids, teens and adults were quite spooked by him. Many people also thought the costume was cute yet creepy and were amazed that I had made it. One person even thought he was some type of mechanical Halloween prop! Overall, the reactions we received were great. This is why as long as I am able to I will construct my son’s costume every Halloween.

I love that fact that my son asks me to make his costumes. This costume took some time, but to me it was time well spent.  It would be such an accomplishment for me to win this contest. It will give me a chance to teach my son that hard work, using your imagination, and creativity brings great rewards. 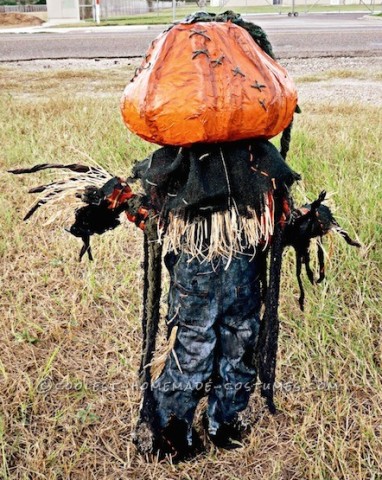 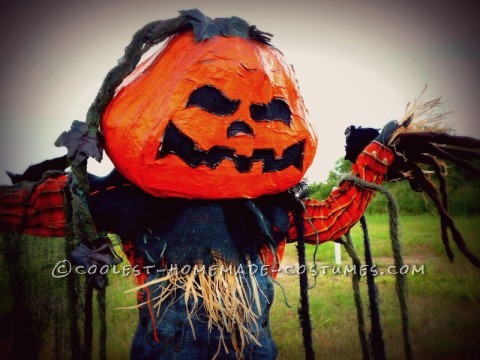 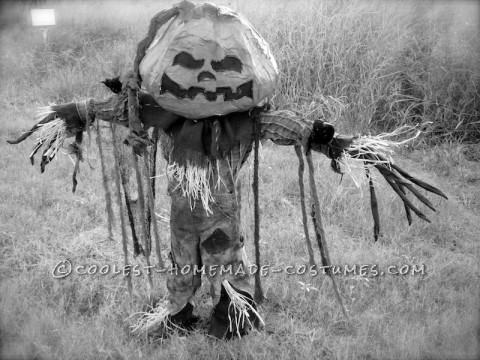 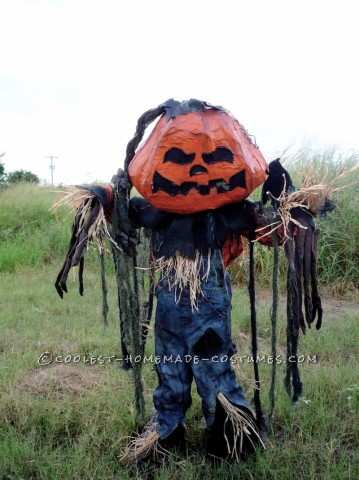 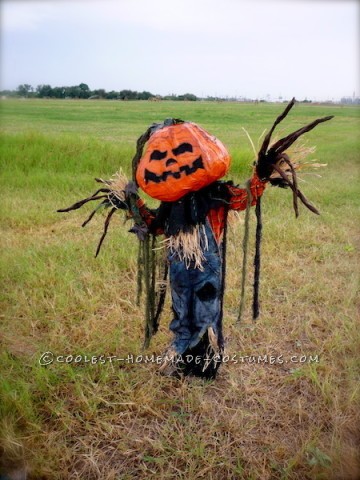