As a native New Englander living in New York, I frequently miss the incredible fresh seafood from Boston. What is better than a freshly caught lobster, boiled bright red, with just the right amount of butter?

While shopping for new kitchen supplies last year, I came across a pair of lobster claw oven mitts and I knew my Halloween costume was born, a Homemade Lobster in a Pot Costume. I wore a red tank top and red tights. Using pipe cleaners, I created antennae and used red lipstick to reinforce the overall red idea. Rather than just being a lobster, which would have been cute, I wanted to take it a step further.

To make the costume even more fun, I used the shiny side of aluminum foil, creating a big lobster pot skirt that I held on with a belt. The icing on the cake was my drinking glass. I bought a thin, rectangular vase and covered it with a butter wrapper. To everyone else, it appeared that I was drinking melted butter.

The costume survived a great dance party and was a great representation of New England flavor. 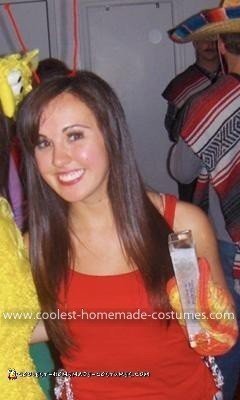 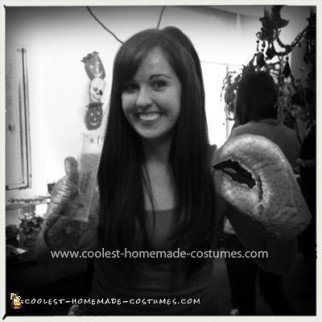