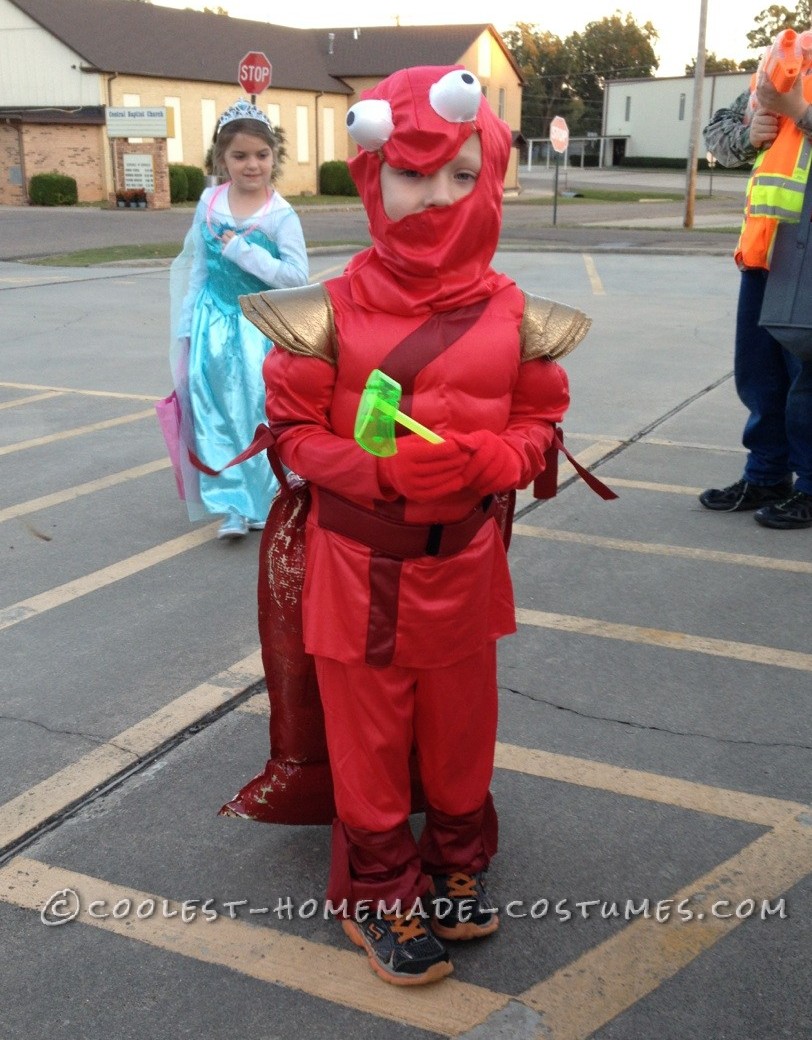 My five year old son decided that he wanted to be a red lobster for Halloween. I wanted him to be Olaf from the Frozen movie to go along with my friend’s daughter who was Elsa. What can you do? I found a costume online for $40.00, but I knew that we could do it cheaper. Luckily, my mom is a creative genius.

We bought a red ninja costume for $20.00 and modified. It was perfect because it already had some shape to it and gave him a little buggy six pack. It covered him from head to toe in red. The tail was the biggest project. My mom shaped a large plastic pig feed sack into a long lobster tail.We spray painted it red and put some black lines on it. We safety pinned it to his costume with the intention of taking it off when he got in and out of the car. That didn’t really happen. We just readjusted it every time.

We cut up a white egg carton into two pieces and used a black marker to put some eyes on them. The ninja costume had a hood, so we just hot glued the eyes to the hood to put on his head. We used a pair of red gloves for his “claws”. He had a trick of treat bag, but it would’ve been a good idea to put his candy in a metal pot. He was so stinkin’ cute.  He had a blast and was the only red lobster trick or treating in town. He called himself the “Lobster King”.

The only down side was that the red paint started chipping after a while. I still have red paint chips all over the back seat of my car.  Oh, the sacrifices a mother will go through for her “Lobster King”. 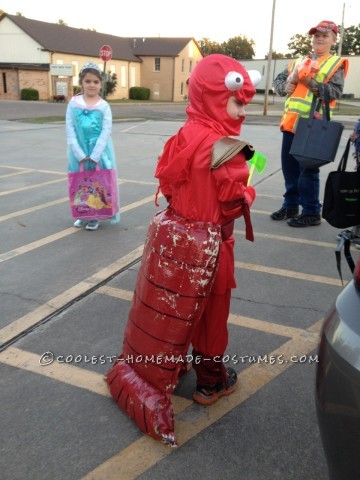 Coolest Lobster in a Pot Costume