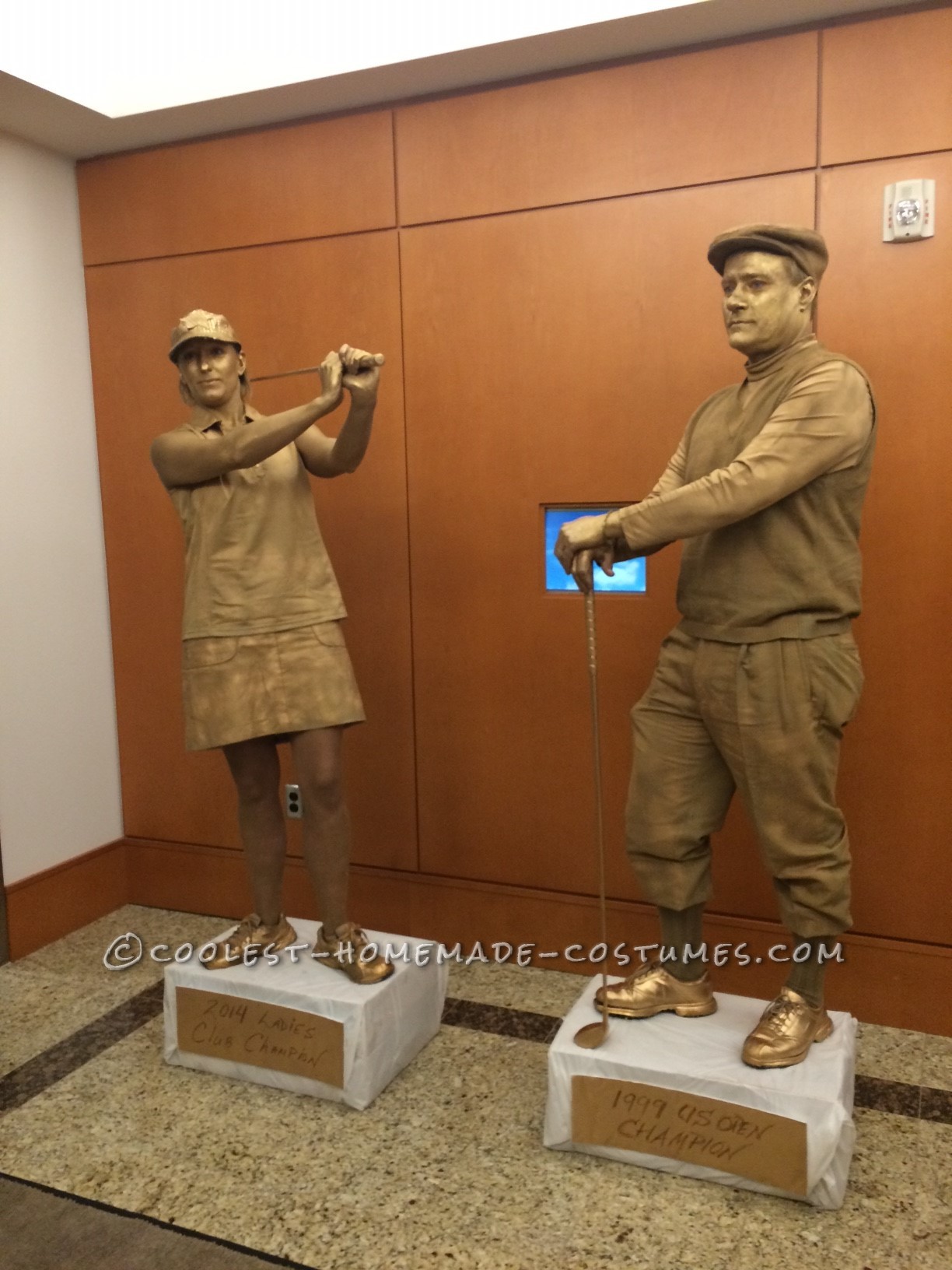 I always joke with my wife Jodi that she is a trophy wife. So we came up with the idea of being trophies and wanting to match, and being golf fans we chose to be golf trophies. I chose to be the likeness of Payne Stewart – the 1999 Men’s Us Open Golf Champion, and Jodi chose the 2014 Ladies Club Champion.

We used golf clothing either that we owned or purchased from the local Goodwill Store. No one piece of clothing or clubs cost more than $3. We used gold spray paint to paint the clothes and clubs.

We purchased Mehron gold paint from Amazon after having trouble locating gold paint locally. This is the only paint we found that gave the right metallic effect.

Over the top! We attended a party and work wearing these and the reactions were incredible, most frequent comments were wow, amazing, awesome, omg, if they are having a contest ya’ll will win.

We came in early to work and posed as statues/trophies in the lobby which was a blast. Some people thought we were real statues but 90% + whipped out their cell phones and took pictures. By the time I made it to my desk we were all over Facebook and I was getting emails from as far away as Canada and I am in North Carolina.

On Facebook and through emails we have gotten over 1000 likes. I kind of know what it is like to have gone viral.

The most gratifying part has been talking to people who were very curious as to how we were able to put the costume together. Far and above this has been my favorite Halloween. We always do costumes – but these absolutely blew people’s minds. especially when we acted like statues.

After posing in the lobby I took an additional 30 minutes and just rode the elevator up and down which provided an additional entertainment watching people react.