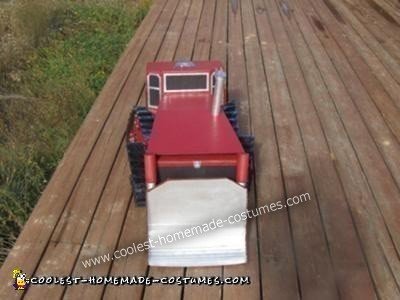 This is 6 year old Nolan and he loves bulldozers. This homemade transforming bulldozer kids costume is based on the 10 second appearance of “Rampage” the bulldozer after Sam’s parents in Transformers 2.

We started with the cab and hot glued the pieces into a pentagon. We cut out the blade and rolled the bottom for the curve. Then glues the sides to keep the shape. We glued the blade to a small box and glued that to a piece of cardboard that ended up as the grill. We added cut paper towel rolls with milk cap to close the ends as the hydraulic cylinders for the blade. The grill is black paper and the exhaust pipe is also a paper towel roll.

With thin card board we made the flapper. A toothpick between cardboard lets the flapper go up and down(like most equipment and tractors). The tracks we started out with cardboard and cut pieces of carpet foam to hot glue around it. We made cardboard gears to make the tracks look real. The tracks have Velcro straps that go around the arms and legs. He is so excited! 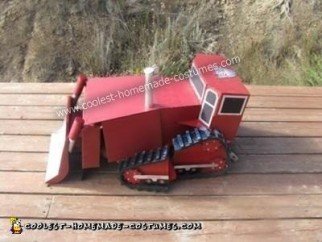 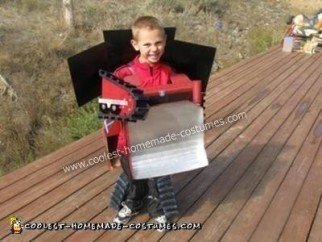 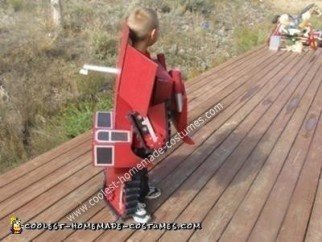