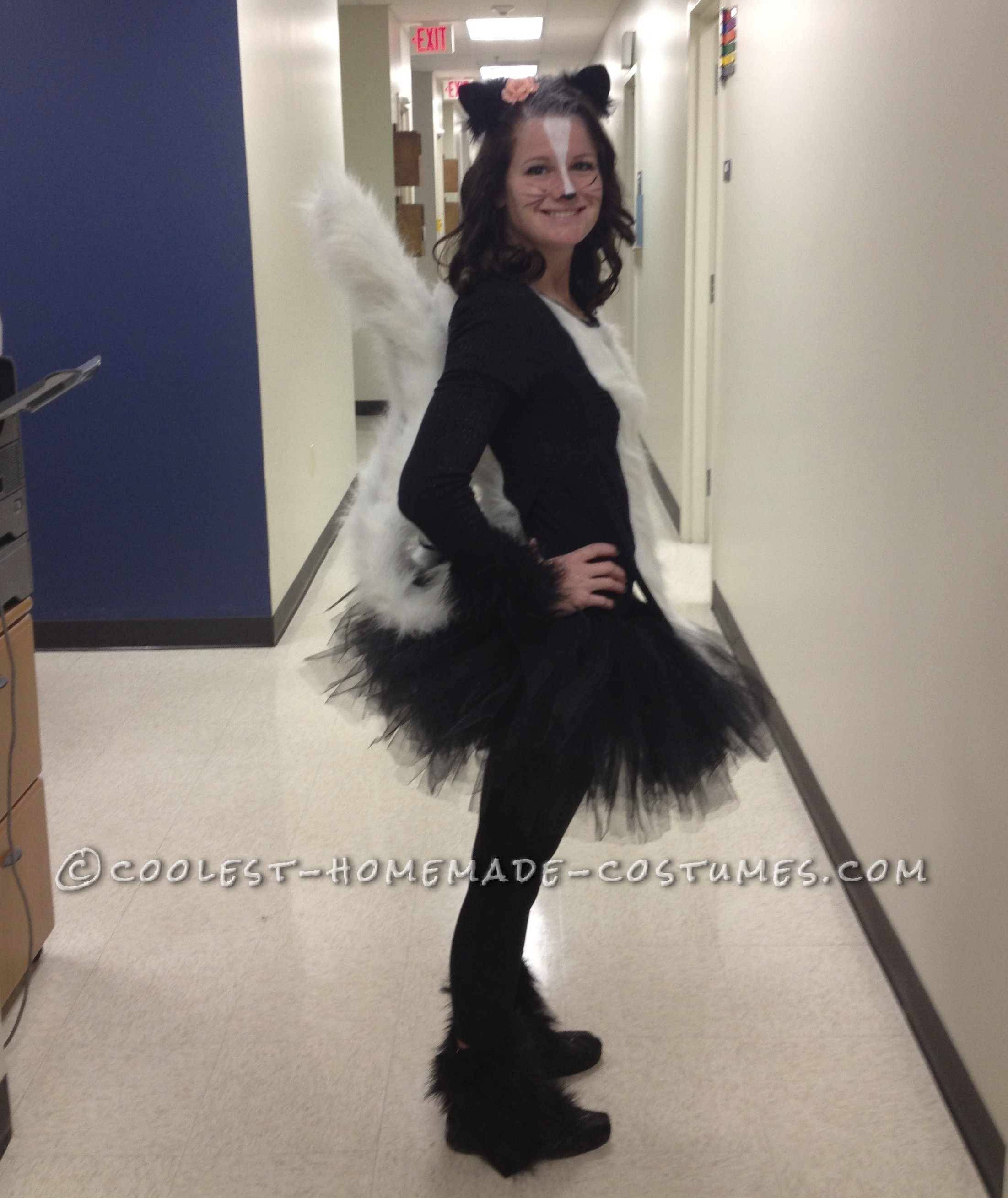 The first and hardest part of this skunk costume is making the tail. It took weeks to perfect so I started early. I molded coat hangers and duck tape into the tail shape. Then I reinforced it with more coat hangers and duct tape. The picture I have posted is before it is reinforced, so actually the tail ended up with more hangers than the picture shows. I wanted it to be stiff so it would stand up straight. Anyway, then cut off one side of a large, black pant leg that I bought from good will. I sewed one end closed with a curved line and slipped it over the tail that I had formed from coat hangers. I bought white fur from Michael’s and hot glued it on the tail and my shirt.

To put the costume on I tucked the end of my tail into my tutu and leggings. It was too heavy to stand up by itself so I put a clip on the back of my shirt right in between my shoulders and attached it to the upper tail. It worked perfectly and no one noticed that it was actually attached at the top. I got great reactions from this costume and won the costume contest at work. The kids reactions when they saw me were the best. Really fun day. 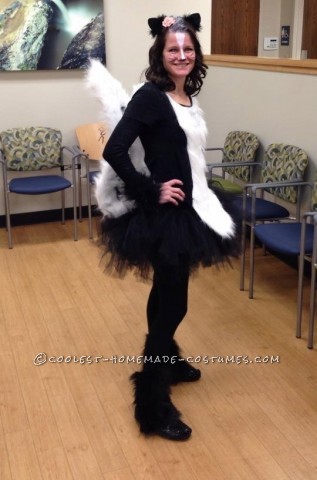 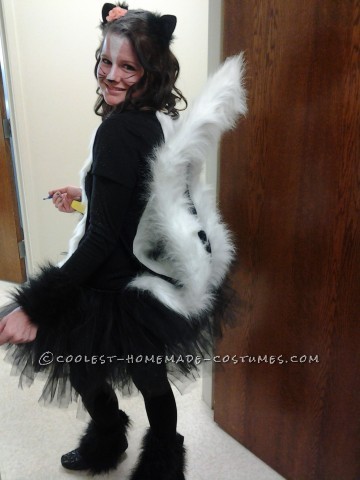 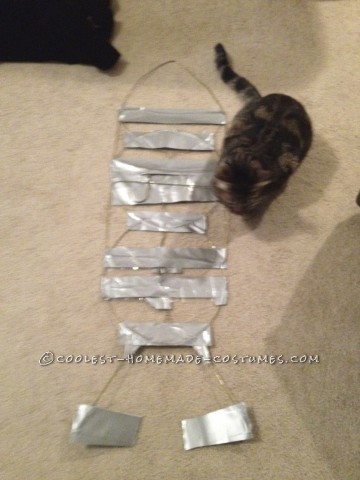 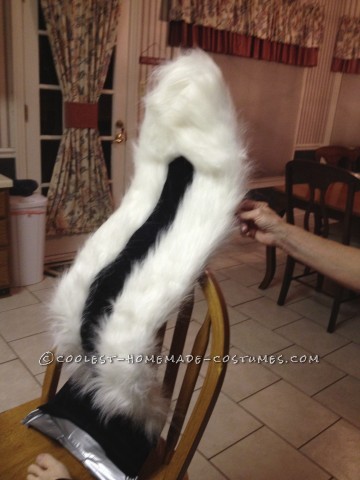 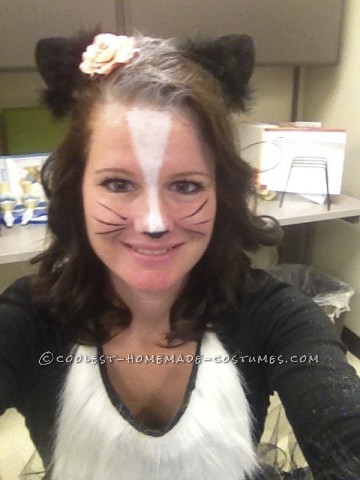