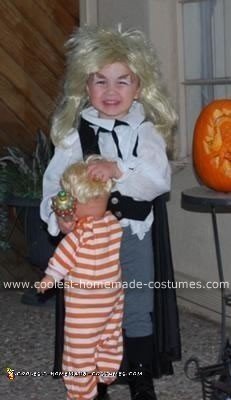 My son is IN LOVE with the movie Labyrinth, so I decided to re-create David Bowie’s character because IT IS SO AWESOME!!

For this homemade Jareth the Goblin king costume I started with a pair of $4 gray leggings from Target. Then $9 black boots, $2 black vest and $5 blond wig from Walmart. I found the cape and staff at a Halloween store and painted his face with my own makeup. The doll was borrowed from my niece (his orange/white outfit purchased from the clearance infant section at Target).

The best part of the whole process was that I found his white ruffly shirt at a store called Last Chance (reject items from Nordstrom) and the song that was playing over their stereo system simultaneously as I was taking it off the rounder was none other than David Bowie’s – Modern Love… at that moment I knew it was meant to be.

Such a fun and easy look to recreate!! 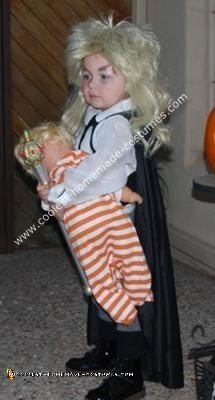 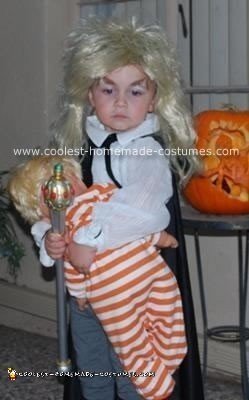