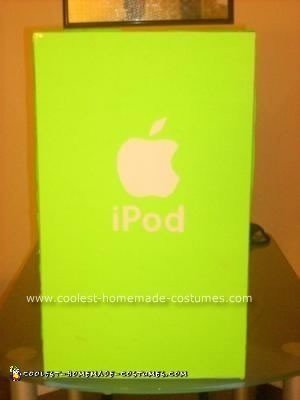 I would like to submit my Homemade iPod Kids Costume Idea I made for my 10 yr old son. However it actually is basically a real working iPod. It plays music and the screen lights up which I hope you can see on the video and pictures. The music playing during the video was coming from the costume. I put a pair of iPod speakers inside the costume and plugged in my son’s iPod so we had music playing all night when we went trick or treating. I also installed and LCD light to the back of the screen so the screen was lit up all night.

I have to admit that I was really proud about this costume. Every house we went to, I could hear the people say, Oh that’s the best costume ever! Even the other kids trick or treating were saying that costume is sick, it’s so cool. I don’t want to be boastful, since I am not that kind of person, but I really was proud seeing my son have a great time Halloween night. The smile on his face when he dawned the costume was priceless and that’s all that counts!

Here’s the the video of the costume: 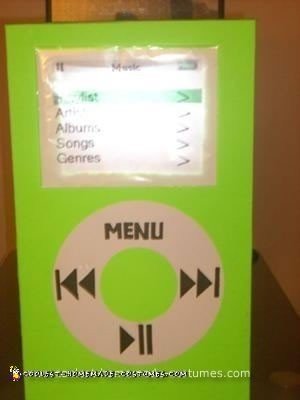