This year for Halloween I asked my almost 3 year old what he wanted to be for Halloween, and due to his obsession with firetrucks of course he said a firetruck. So I Googled images of firetruck costumes after looking at various other costumes I thought to myself, it cant be that difficult. So to begin I used red duct tape to tape together two cardboard boxes for the shell of the costume. I than guesstimated how big of a hole I would need in order to get the boxes around my son.

After cutting out the hole it was time to make straps which I just used pieces of duct tape to fold in half to make the straps. After constructing the shell I used glossy red spray paint to paint the entire thing red. It took a couple of coats but looked great when done. The rest I just minor detailed, fairly simple. I used construction paper to cut out the windows and shield. I used poster board to cut strips the size of bumpers and wrapped them in tinfoil and hot glue gunned everything to the boxes. Same with the ladders, they are simple thick poster board cut out in the shape of a ladder and hot glue gunned to the sides.

The wheels are Styrofoam circles painted black along with circles cut from poster board also wrapped in tinfoil all hot glued. I than got those tap lights at the Dollar store for the head lights and the lights on top are just a red and blue plastic cup cut in half, with two more tap lights placed underneath to make them light up. My favorite part was seeing my son’s face lights up, when he actually had his own firetruck costume!  It took about a week to make and was worth every second. 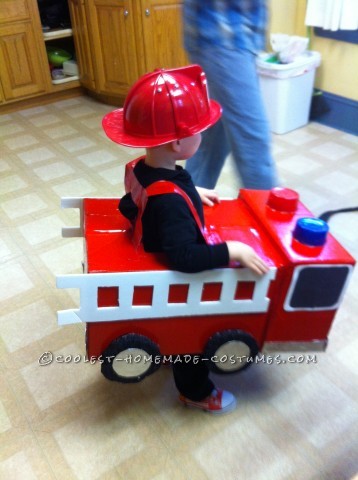 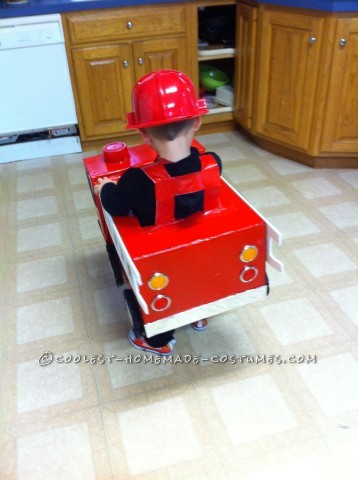 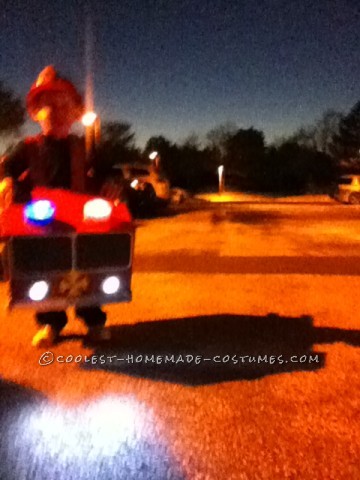 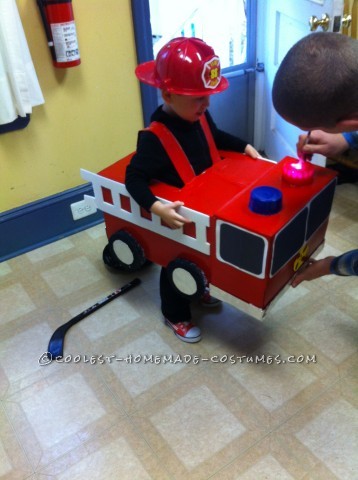 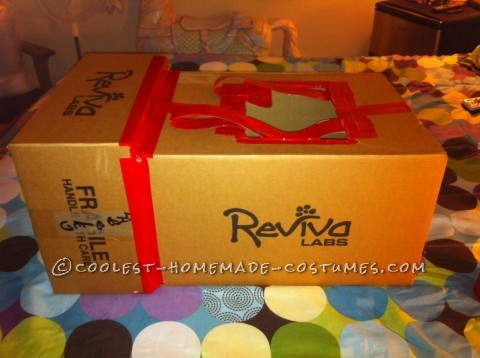 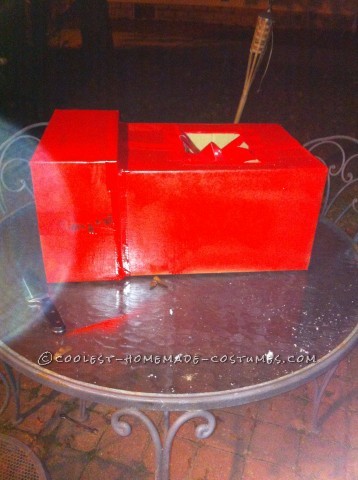 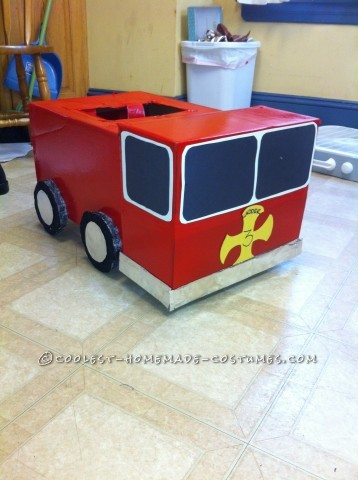 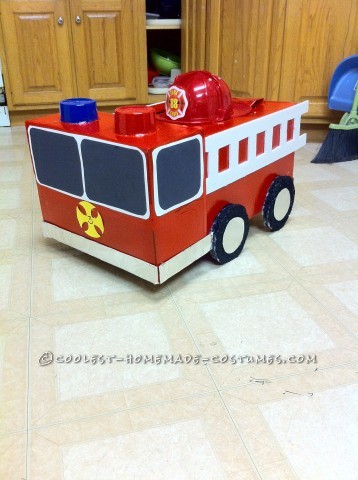 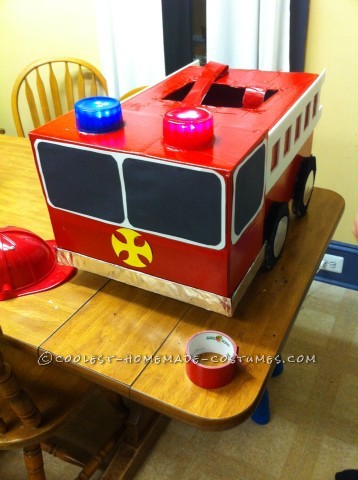 2 thoughts on “Coolest Homemade Firetruck Costume for a Toddler”